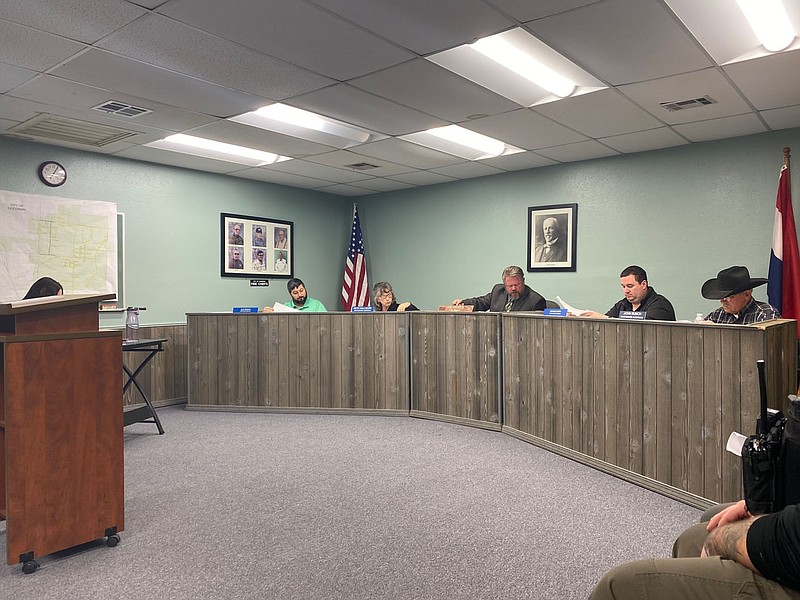 Daniel Bereznicki/MCDONALD COUNTY PRESS The city council discusses its top priorities and the city's 2022 financial budget. Overall, Goodman had strong numbers pertaining to the City's budget which exceeded most expectations.

GOODMAN -- The city council in Goodman took a moment to review its 2022 end-of-year financial budget at its Jan. 17 meeting, giving residents a rare look into the city's finances. Goodman Police Department also released its annual report before the council, and board members expressed their two top priorities for the year 2023.

The Goodman general fund is used to finance certain government departments and programs such as parks and recreation and the administrative department.

The other departments followed suit.

Miller informed the council these are just a few highlighted statistics for last year.

Each council member then addressed residents, informing them of their two top priorities for the city.

Smith spoke first. His first priority is to "expand the tax base to ... grow the city," and his second is to give attention to the city's roads.

Bunch's first priority is to focus on the culverts in the city. He asserts that "culverts and ditches need to be straightened up or (the city) is going to have a problem with its brand new streets." His second priority is to repair certain projects pertaining to city hall. More specifically, the "rock wall," which he feels, if the city neglects, the weather is "going to blow the front of the building out on the sidewalk."

Hallmark says, "I'd like to see a proactive plan to improve Main Street aesthetically and make it more inviting to potential businesses, and I would like to evaluate our comprehensive plan and update it." She also wants the city to continue giving attention to the "issues with the water/waste treatment plant."

Sexson said his priorities are to build sidewalks near schools so students can avoid "having to walk directly on the shoulder" and other dangerous areas. His second priority "is our I and I (inflow and infiltration) issues" because the city still has "a lot of groundwater that leaks into the sewer system."

The city plans to have an open forum discussing matters pertaining to the city's available funds and spending. This will include discussions on improvements to the city and potentially establishing railroad "quiet zones" within parts of the city limits. The meeting will be held at the Goodman Community Building, 222 E. Garner Street, on Jan. 26. All are welcome.