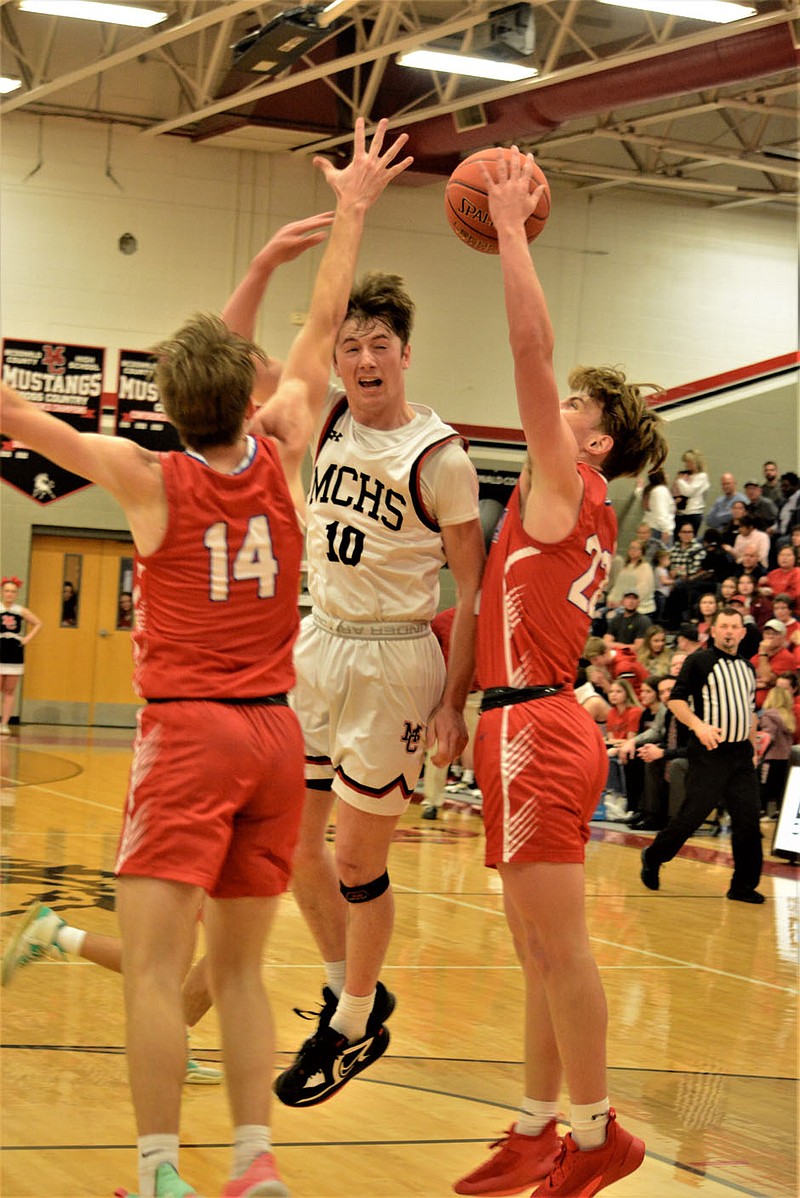 Bennett Horne/McDonald County Press McDonald County senior Sterling Woods flips a pass behind his head to a teammate during his team's victory over Seneca on Friday, Jan. 13, at Mustang Arena.

ANDERSON -- A near-perfect first quarter propelled McDonald County to a raucous 62-45 win over the Seneca Indians in their Big 8 Conference opener played in front of an energetic homecoming crowd on Friday, Jan. 13, at Mustang Arena.

The Mustangs (8-8, 1-0) steamrolled their way to a 21-2 first quarter against the Indians (7-7, 0-1) behind Toby Moore's nine points in the paint, Sterling Woods' six points and a 3-pointer from Cross Dowd, who was crowned homecoming king earlier in the evening.

"If we start like that, we can be an extremely tough team to beat," said McDonald County coach Brandon Joines, "especially with what we have coming in off the bench and the spark of (Joshua) Pacheco. We have options available. It's just a matter of whether or not we come out with that fire."

Pacheco kept the stampede rolling with a five-point second quarter to go along with another three by Dowd. Seneca came up for air somewhat in that second quarter, making 3 of 4 free throws to go with a 3 by Blake Hurn, but even though the home team's pace slowed a bit in that second stanza, the Mustangs still held a commanding 35-10 lead at the intermission.

"Overall, that was an outstanding team performance, especially in the first half," said Joines. "In the second quarter, we hit a cold spell where we actually got stuck on 33 points for a while, but (Seneca) didn't move up at all, either. We held a team to 10 points in the first half and, when we do that, we should win a lot of ballgames."

Dowd, who finished with a game-high 22 points, scored 12 in the third quarter on two threes as McDonald County outscored Seneca, 16-13. The Indians managed to double up the Mustangs, 22-11, in the fourth quarter.

Moore finished with 15 points for McDonald County, followed by Woods with 12 and Pacheco seven.

"Did we have some sloppy moments when the game was out of hand? Yes," Joines said. "Would I like that to get cleaned up? Absolutely. But, at the same time, you understand the situation."

Hurn and Morgan Vaughn led the Indians with 11 and 10 points, respectively.

"Not that it didn't have its stresses, but it's an outstanding start to our conference season," said Joines. "We'll take that. It was more of a statement game because the final score didn't reflect what actually occurred."

Neosho outscored the Mustangs 17-7 in the third quarter to take a 49-27 lead going into the fourth.

The next game for the Mustangs will be at Cassville on Tuesday, Jan. 24, for a ninth-grade/JV/varsity tripleheader beginning at 5 p.m. 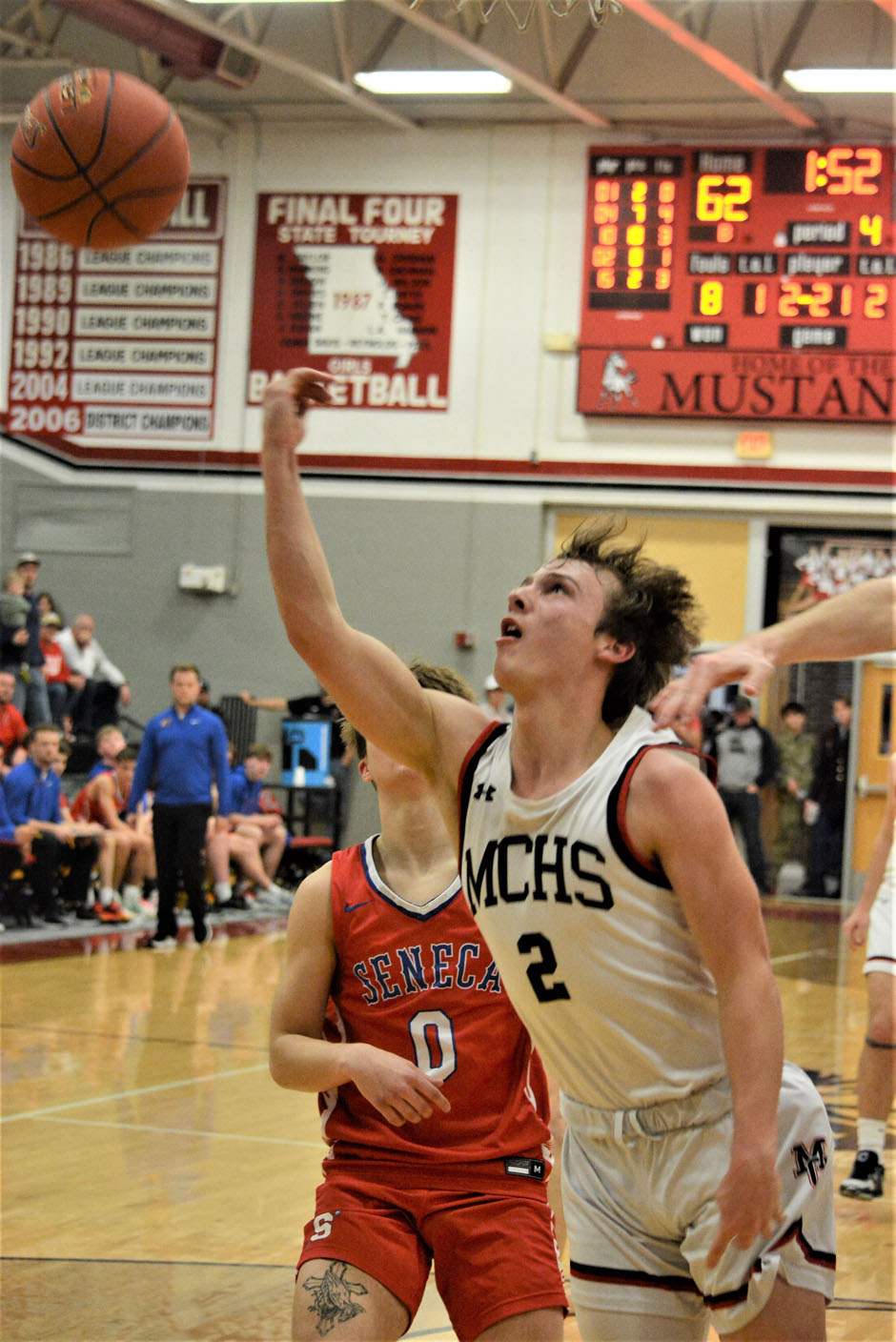 Bennett Horne/McDonald County Press Dalton McClain, a senior guard for the McDonald County Mustangs, tosses the ball into the hoop against Seneca during his team's Homecoming win on Friday, Jan. 13, at Mustang Arena.