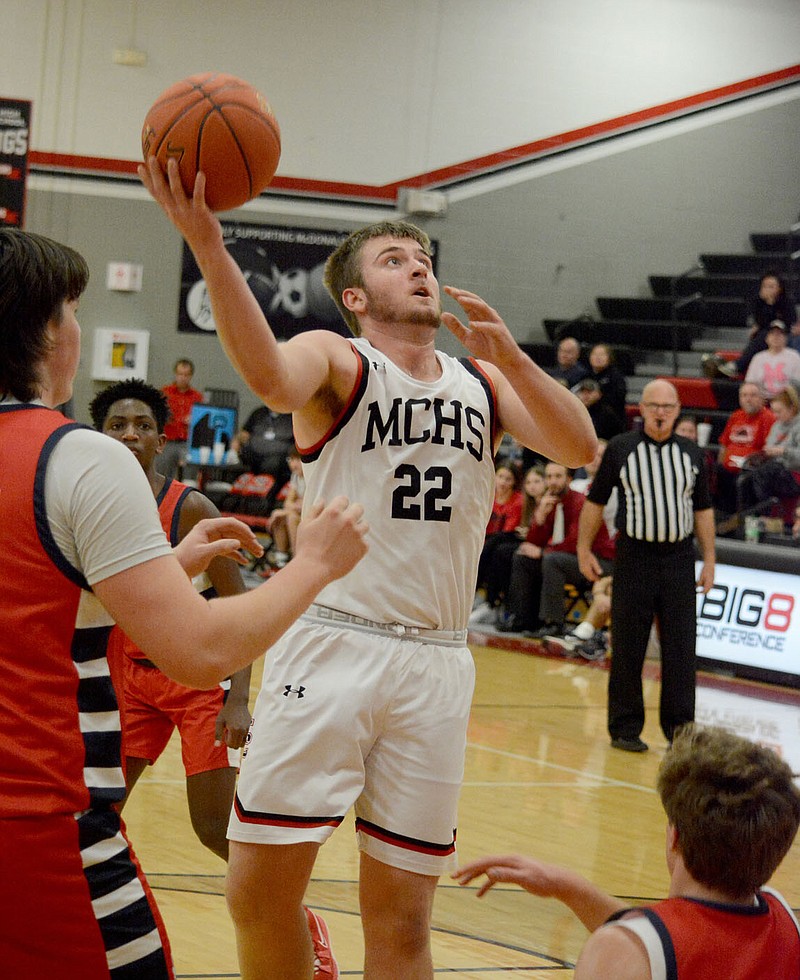 ANDERSON -- The McDonald County Mustangs made sure the fourth-quarter problems that had haunted them over the course of the past few games would not resurface Tuesday night as they outscored Providence Academy 28-17 in the final period on their way to an 81-58 victory over the visiting Patriots from Rogers, Ark.

"We'll take that effort, especially with what we just came off of," said McDonald County coach Brandon Joines. "We just came off of a stretch where we competed with probably all but one team over the last three or four weeks. That one team was Carthage last week, and in that game the way we played looked like that stretch had taken its toll. But we hadn't played a week of basketball that had three or four games in it until tonight. We only have two this week and now we're into a normal basketball schedule and hopefully that will help get us some rest, especially given the limited rotation that we use."

Providence falls to 9-8 with the loss while the Mustangs improve to 7-8.

"We came out and did our job" Joines said. "There were moments when we looked a little flat or got a little lazy or missed some shots, and they made a little run, but every time we answered and came back with something of our own."

The Patriots trimmed the Mustang lead to 10 points, 55-45, early in the fourth quarter, a quarter in which they hit three 3-pointers after draining five in the third.

But McDonald County answered with back-to-back old-fashioned three-point plays by Cross Dowd and Toby Moore and, after another Patriot trey, a three from Sterling Woods -- his only points of the game -- with 4:45 to play to push the Mustang cushion back to 64-48.

"As long as we've got that little bit of resolve ... I keep saying we're trying to build resolve," said Joines. "We were struggling to finish games, but we're competing in so many of them. If we can build that (resolve) by district time we'll hopefully reap the benefits and be ready to go come postseason."

Joshua Pacheco gave the team a big boost off the bench with 19 points.

"Our scoring was evenly distributed," said Joines. "If you tell me Sterling Woods only has three points and we win by 23 I'd normally say you're crazy, but everybody stepped up and did their part and Sterling was great handling and distributing the ball. When you can get your bigs and your post and Cross, too, involved they're all appreciative."

He continued, "And Josh Pacheco was a heck of a spark off the bench. That's something we're going to try to utilize a little more coming up. We'll see what happens with it."

Providence Academy, which hit 11 3s in the game, was led in scoring by Carter Keen's 24 points.

McDonald County led 19-10 after the first quarter and 36-22 at the half before the Patriots fought back to win the third quarter, 19-17.

CARTHAGE -- Carthage outscored McDonald County 26-13 in the first quarter and never looked back, rolling to a 64-39 victory over the Mustangs on Thursday, Jan. 5.

The Mustangs will then hit the road at Neosho on Monday, Jan. 16. 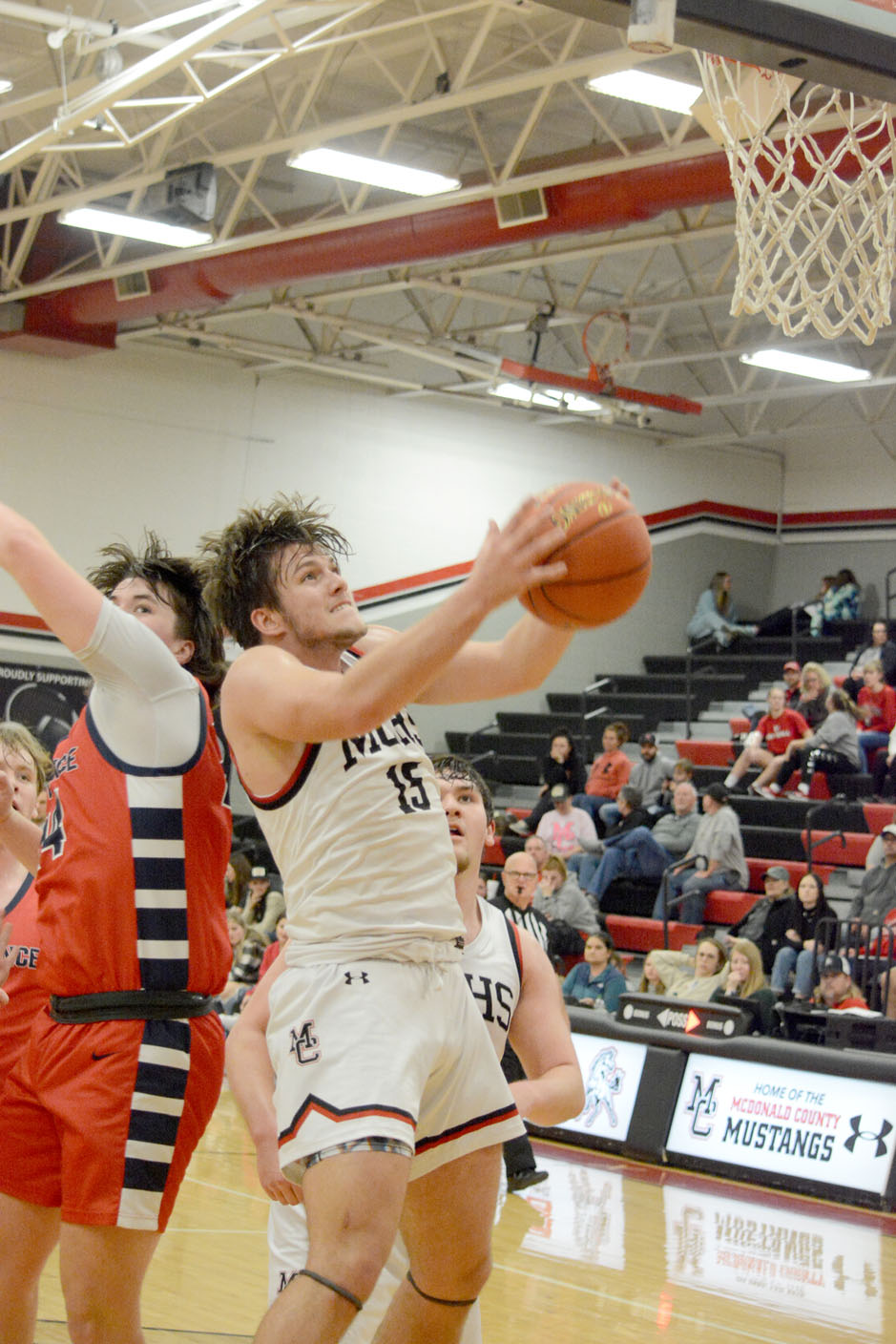