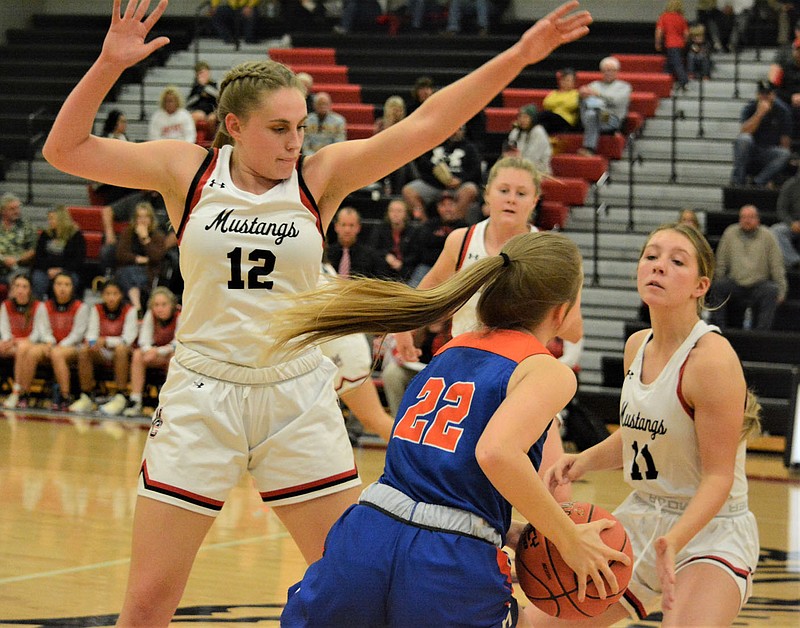 ANDERSON -- It took the McDonald County Lady Mustangs three minutes and 13 seconds to score their first points of the season but, when they did, the old-fashioned three-point play was enough to give them a lead they would never relinquish en route to a 46-30 season-opening victory over the Hillcrest Lady Hornets in a game played Friday, Nov. 18, at Mustang Gymnasium.

Hillcrest (0-1) scored the first points of the game on a layup by Amaya Burris with 5:52 on the clock. But McDonald County (1-0) broke the goose egg on its side of the scoreboard with 4:47 showing when Megan Elwood converted a Hillcrest turnover into a layup and, after getting fouled on the shot, a free throw for a 3-2 lead.

It was all McDonald County from there as the Lady Mustangs finished the quarter by outscoring the Lady Hornets, 11-0, for an 11-2 lead after the first eight minutes of play.

"It did take a little bit for us to get comfortable on the floor offensively," said McDonald County coach Sean Crane. "We've just got a lot to work on."

McDonald County kept the momentum on its side, winning the second quarter by a 10-9 margin and the third by a 14-8 count before each team scored 11 points in the fourth.

"You can tell we're young," Crane said. "We've got a lot of people that have not played much varsity, and, at times, you could tell when we had a freshman on the floor. Sometimes we had only three or four people on the court that had any varsity experience.

That starting five helped hold the Lady Hornets at bay until the Lady Mustang offense could get going, as McDonald County's press helped force 10 Hillcrest turnovers in the opening quarter.

"We're not going to be able to turn everybody over like that," Crane said. "But at times, we're going to have to rely on our defense to get our offense going."

Hillcrest made 9 of 16 free-throw attempts to go with three 3-pointers. McDonald County sank 9 of its 21 tries from the free-throw line while getting two 3s from Katelynn Townsend and one from Clarkson.

The Lady Mustangs are off until Monday, Nov. 28, when they open play in the Carl Junction Tournament. 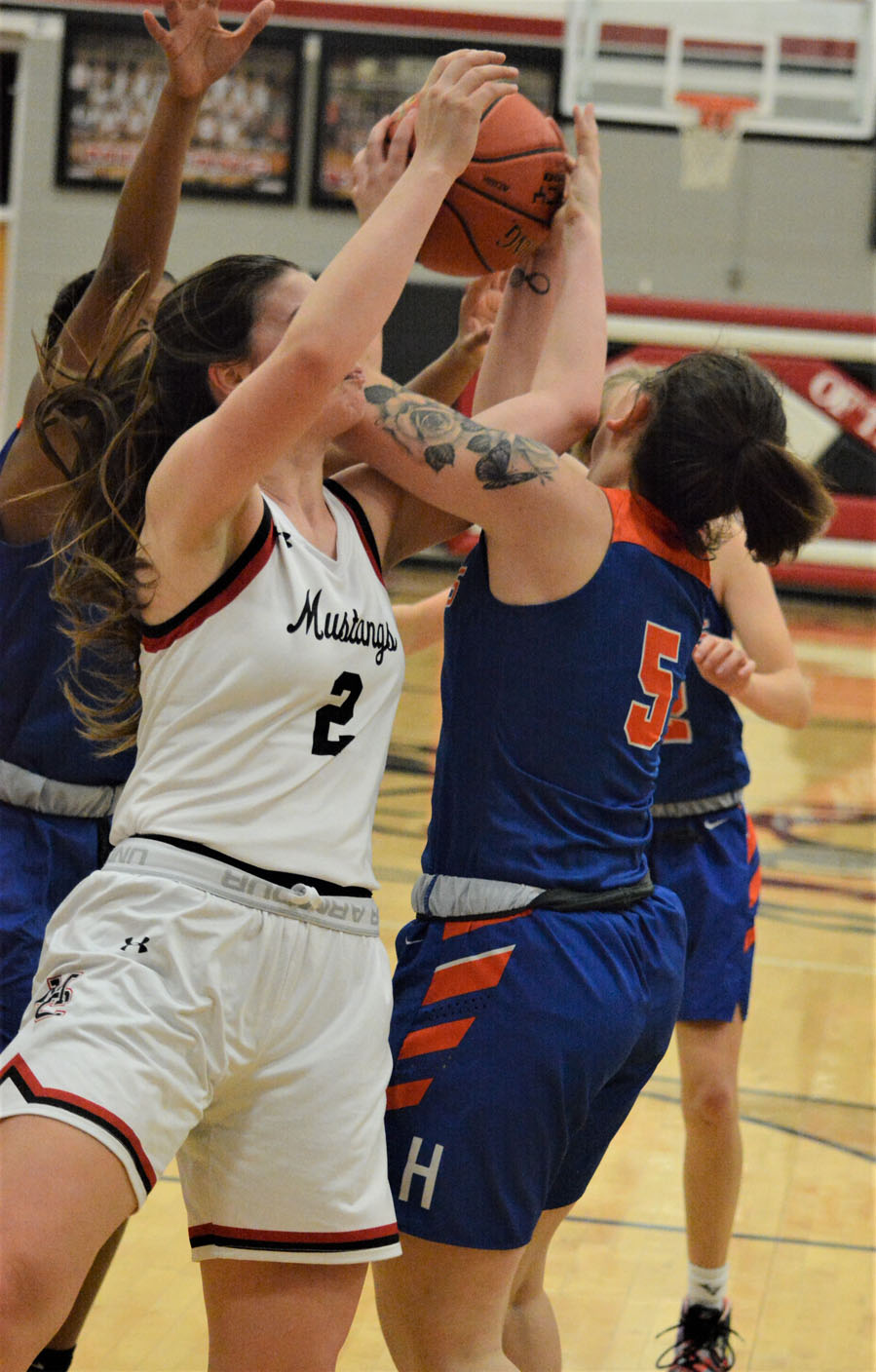