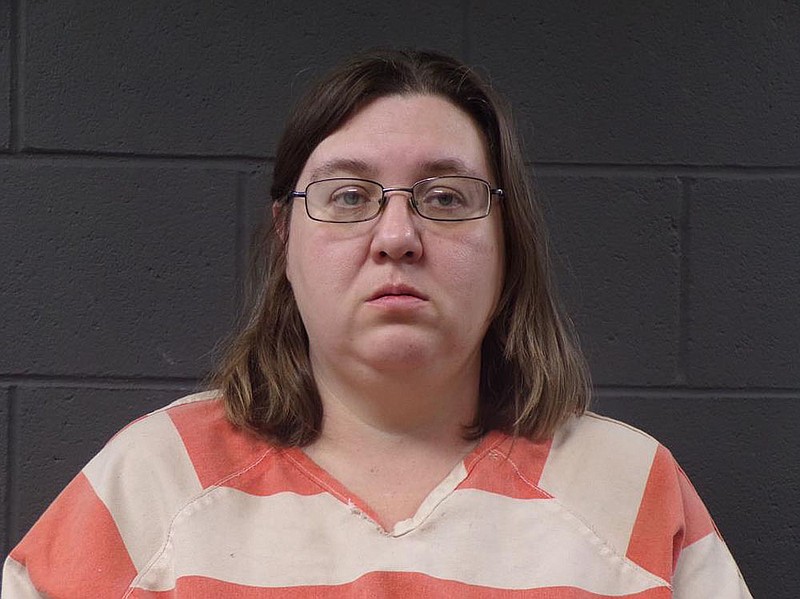 BENTONVILLE, Ark. -- The Benton County criminal case against a Missouri woman accused of kidnapping and killing a pregnant woman is in a holding pattern until federal authorities allow local prosecutors access to her.

Amber Waterman, 42, of Pineville, Mo., is charged with two counts of capital murder and kidnapping in connection with the deaths of Ashley Bush and her baby. Benton County prosecutors have said they plan to seek the death penalty.

Waterman was first arrested on a federal charge. She's being held without bond in federal custody in the Greene County Jail in Springfield, Mo.

Green scheduled the next hearing for Feb. 6.

Little Rock attorney Jeff Rosenzweig told the judge he and Katherine Streett had been assigned to represent Waterman.

"Because the defendant is in federal custody in Missouri, the U.S. attorney there has the ability to pursue charges first and control whether the defendant is allowed to appear in other courts," Benton County prosecuting attorney Nathan Smith said.

"Although we sought to have the defendant appear so we could proceed with a concurrent state prosecution, federal authorities have chosen to proceed first and have decided against allowing Mrs. Waterman to appear in Benton County at this time."

"In the meantime, we will keep the state case open and be as helpful to the federal prosecution as we can," Smith said.

Waterman and her husband, Jamie, 42, were charged last week in a two-count indictment returned by a federal grand jury in Springfield, Mo.

Amber Waterman is charged with one count of kidnapping resulting in death. The indictment alleges between Oct. 31 and Nov. 2, she kidnapped Ashley Bush in order to claim her unborn child as her own, according to the release. She's accused of taking Bush from Maysville to Pineville, and the indictment alleged the kidnapping resulted in Bush's death.

Jamie Waterman is also being held without bond in the Greene County Jail.

Bush, who was 31 weeks pregnant and lived in Maysville, was last seen in the passenger seat of an older, tan pickup on Oct. 31 at the intersection of Arkansas 72 and Arkansas 43 in Maysville, according to a Nov. 1 post on the Benton County Sheriff's Office Facebook page.

A person who called herself "Lucy" picked Bush up on Oct. 31 in Maysville, according to court documents. Authorities said they suspect Amber Waterman was "Lucy."

Bush's body was found three days later in Missouri. The body of her baby -- Valkyrie Grace -- was found in a different location in Missouri, according to court documents.

Jamie Waterman told authorities his wife showed him Bush's body, which was near their home, according to court documents. He said they burned the body and took the charred remains to another location.

Jamie Waterman later led authorities to Bush's charred body, according to the affidavit. FBI agents found a charred human hand and bone fragments in a burn pit behind the residence, the affidavit says.

Charges beyond the federal kidnapping charge haven't been filed against Jamie Waterman because the evidence hasn't revealed he participated in a crime in Arkansas, Smith said.