Mustangs To Play In Jamboree At Neosho 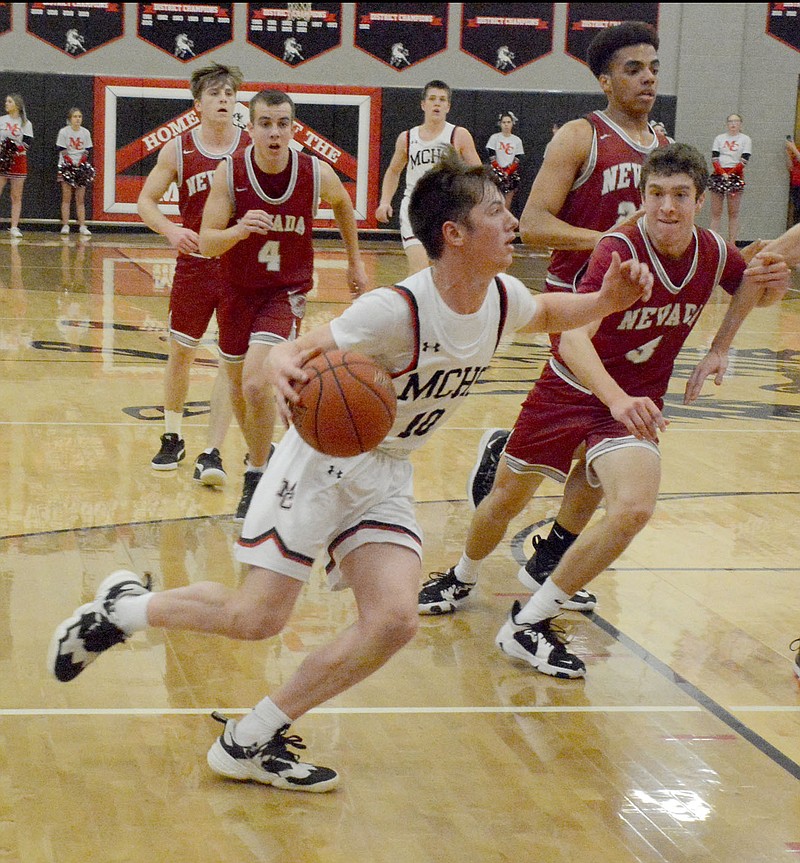 Graham Thomas/McDonald County Press Sterling Woods drives to the basket in a game against Nevada last season. Woods and the Mustangs are scheduled to play today, Nov. 17, in a jamboree at Neosho.

The McDonald County boys basketball team will get a taste of fresh competition Thursday, Nov. 17, when it participates in a three-team jamboree at Neosho.

The Mustangs will play three six-minute quarters, beginning at 6 p.m. against Neosho and then another three-quarter game at 6:45 p.m. against Webb City.

"It's a chance for everybody to knock off the rust, and you get to go against competition that's not against yourself," said MCHS coach Brandon Joines. "We get to see where we're really at."

The Mustangs have 27 players out for basketball in grades 9-12, which is a large number overall, Joines said.

He anticipates around nine will play varsity, with the rest on junior varsity and freshman teams.

Several of those players have just recently joined basketball after the conclusion of football season.

Following Thursday's jamboree, the Mustangs will travel to Joplin on Nov. 22 for their season opener.

"It will be a tough matchup," Joines said. "We'd like to be as prepared as possible but not show everything at the jamboree."

Print Headline: Mustangs To Play In Jamboree At Neosho