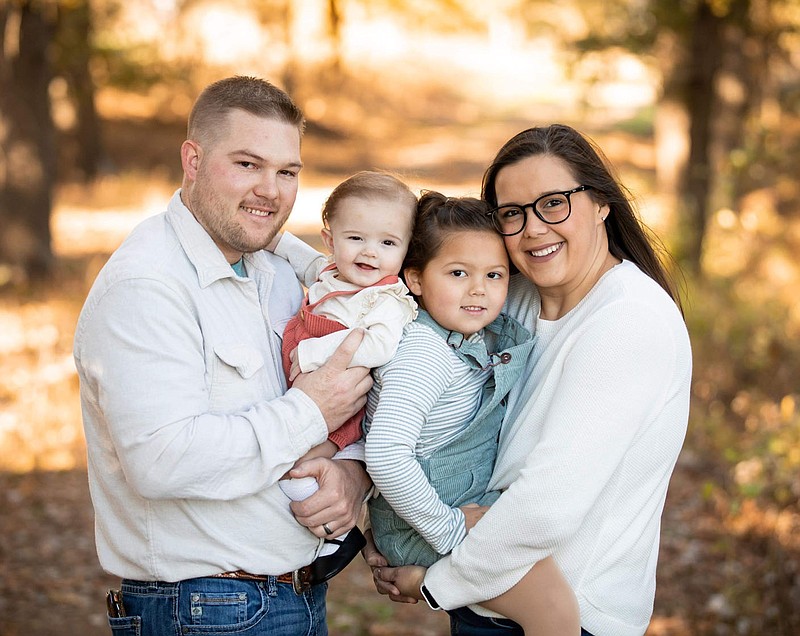 This Mother's Day was one of the sweetest days ever for Kasandra Acuff.

The McDonald County mom, who works as a nurse at Freeman Health System in Joplin, celebrated Mother's Day with her 16-month-old daughter, Rylee, who successfully underwent heart surgery.

"God truly is a miracle worker," Acuff said. "She is already back home and doing wonderfully."

Rylee underwent a week of testing at a Boston, Mass., hospital before undergoing open-heart surgery in late April. "She literally was discharged six days after she had open-heart surgery. She was supposed to spend five to seven days in ICU and she was transferred out two days post-op," she said. "God really gets all the glory for this whole thing."

Kasandra and her husband, Dakota, who will celebrate five years of marriage in July, have learned to live every day to the fullest.

They're focused on making memories with little Rylee, and their 4-year-old daughter, Stella.

Acuff, a lifelong McDonald County resident, had a pacemaker placement when she was almost 17 years old. Her resting heart rate was in the 30s. Now, several years later, Acuff has disabled the pacemaker. Her doctor believes that she either has grown out of her previous condition or something has changed because her body no longer relies on it.

When the Acuffs had their first child, they were concerned she might have cardiac issues, considering Acuff's medical history.

Their first child, Stella, is "swimmingly healthy" with no cardiac issues. Rylee, however, was born three weeks premature with congenital heart defects: Levo transposition of the great arteries, Ebstenoid anomaly and ventral septal defect. At the time, her blood sugar levels were in the 20s.

The cardiologist told the Acuffs they didn't know how long Rylee would live.

Through coincidence ... or a higher power, the Acuff family was eventually put in touch with a doctor in Kansas City, after their original doctor retired. The Kansas City doctor then referred them to the Boston hospital.

The physician who performed the surgery used to perform only 28 such operations a year. Now, he performs three a week, Acuff said.

The Acuff family, who lives in Anderson, has been buoyed by many McDonald County neighbors and friends.

"She's had the best prayer warriors and support system seeing us all through the journey," Acuff said.

Rylee's next steps include continuing to heal and keeping regular follow-up appointments with her cardiologist in Kansas City, and her pediatrician.

She'll also have an MRI and heart cath in a year. Other than that, Rylee hopefully will have a smoother road ahead.

"Honestly, after that, be a kiddo and grow," her mother said.