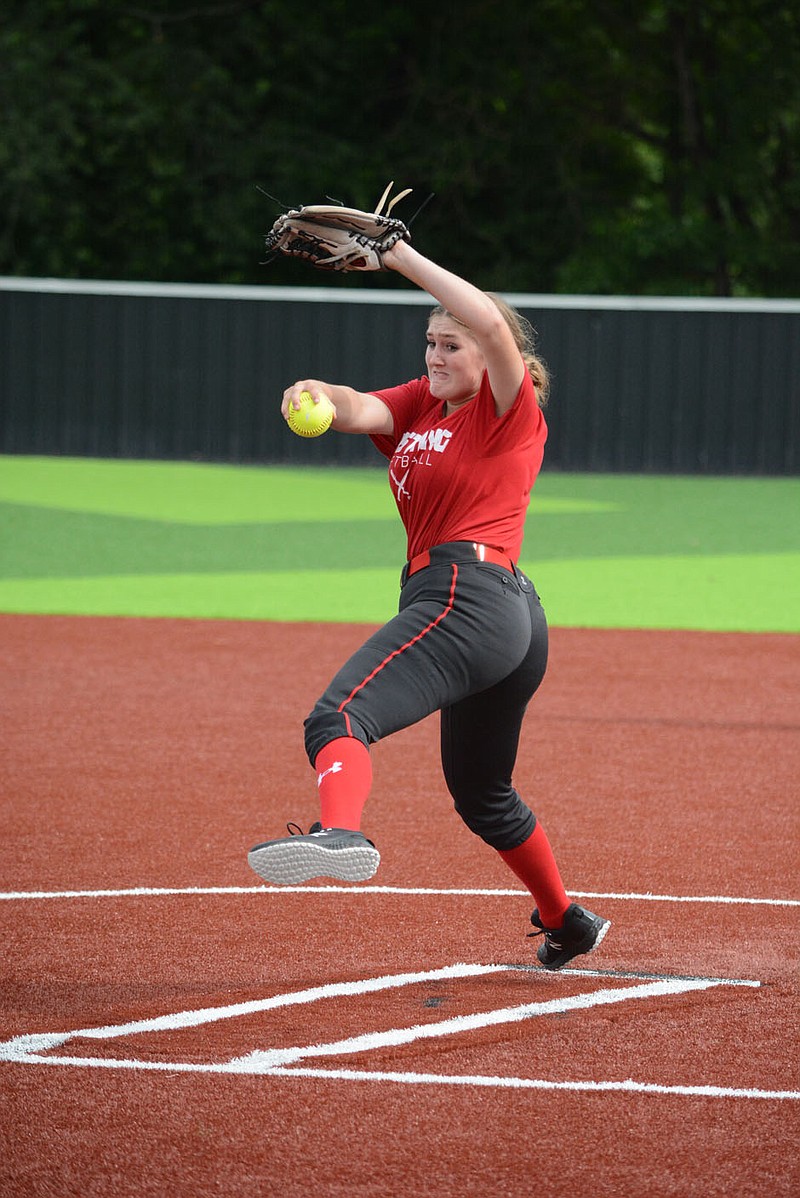 ANDERSON -- The McDonald County Lady Mustangs opened their summer softball season with a pair of losses to teams from Oklahoma and Arkansas on Wednesday, June 8, at Lady Mustang Field.

The summer games, while very competitive in nature, are used by the coaches to fine-tune special scenarios on defense and hitting situations on offense while spreading playing time up and down the roster with plenty of substitutions.

"The No. 1 thing we're looking to get out of these games is reps and opportunities," said McDonald County coach Heath Alumbaugh. "We have some girls not in the lineup right now due to injuries and travel, so this is a great opportunity for some young players and players who haven't gotten a ton of playing time in the past to kind of step up and earn a role, to show us they can play at the varsity level and earn that playing time."

Three teams competed in a round-robin format on this night. McDonald County opened with a 4-0 loss to Fairland, Okla., which then faced Legends, a travel team out of northwest Arkansas, in a five-inning game. The Lady Mustangs finished the night by dropping a 10-4 decision to Legends.

"In the summer we do a lot of installation of our cuts and relays, our first-and-third bunt defenses," said Alumbaugh. "We install those and rep them in the summer so that, when Aug. 8 rolls around, we're just repping and not having to introduce new stuff. We're repping it at game speed now so we're ready to roll when the season gets here."

The Lady Mustangs, behind a strong start from junior Nevaeh Dodson in the circle, battled Fairland to a 0-0 draw before the visitors broke the deadlock with three runs on two hits and three errors following wholesale substitutions by the home team halfway through the game. Fairland followed that rally with one run on two hits in the seventh for the 4-0 final.

In the nightcap, Legends scratched for a pair of runs on two hits in the second inning, only to see the Lady Mustangs tie the game in the home half of the fourth.

Natalie Gillming started the rally with a one-out single up the right-field line. She then took second on a wild pitch and Amanda Pacheco drew a walk before Ashley Dorning brought them both in with a scorching triple to center.

Legends answered with three runs on two hits in the top of the sixth, then added three more runs on four hits in the seventh for a 10-2 lead.

McDonald County kept on fighting through its final at-bat by scoring two runs on two hits.

Keisha Roponei opened the at-bat with a single to right. She then stole second and moved to third on a single to center by Kate Chaney, who then put herself in scoring position by stealing second.

Roponei scored on a sacrifice grounder to second by Natalie Nunez, and Chaney crossed the plate on Addison Blake's ground out.

As for the two run-scoring rallies in the second game, Alumbaugh said, "We were able to string some good at-bats together and put some runs on the board."

Alumbaugh said there were times when the coaching staff had to make sure the players were focusing on being more aggressive but added that when the players responded, they played better.

He said the two games gave the younger players a good taste of what regular-season action will feel like when the season starts in August.

"We ran some younger kids out there and, for a lot of them, this was their first time under the lights with the pressure of a full coaching staff in front of full stands," he said. "But they need to get used to it. That's what we want in our program. We want them to get out there, feel that, understand what it's like and get that time."

The Lady Mustangs were scheduled to play a doubleheader at Fairland on June 15, but those games were canceled. 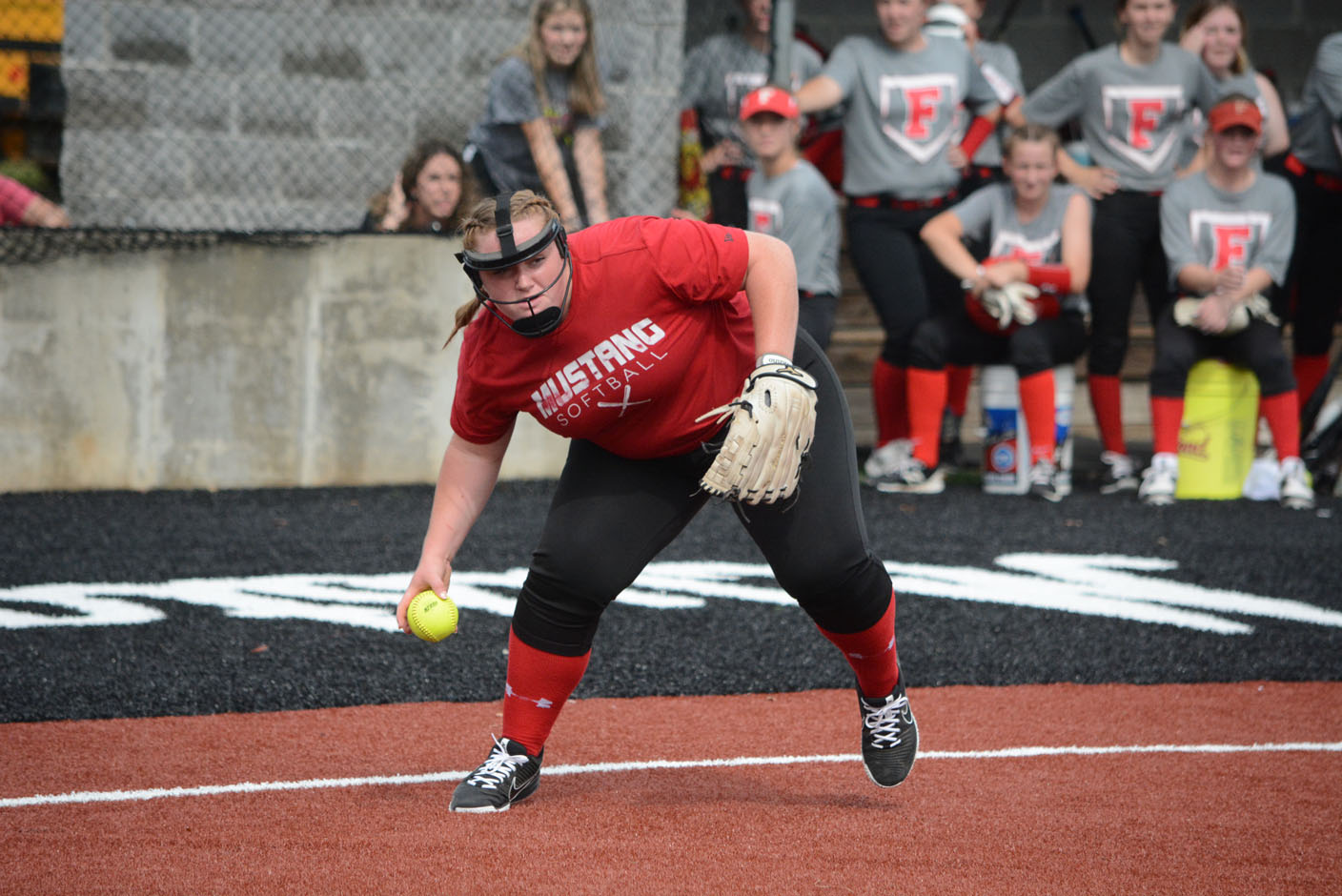 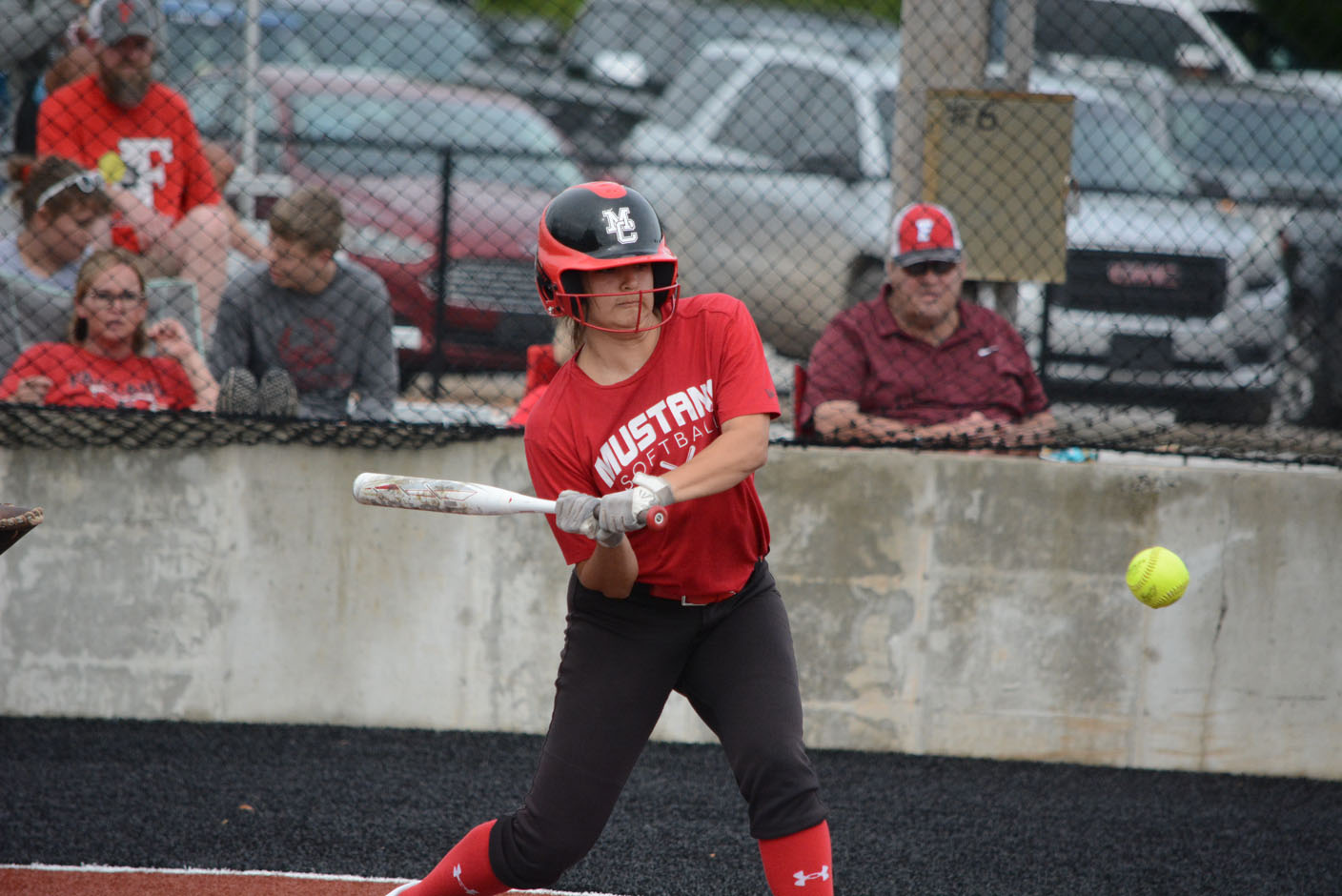