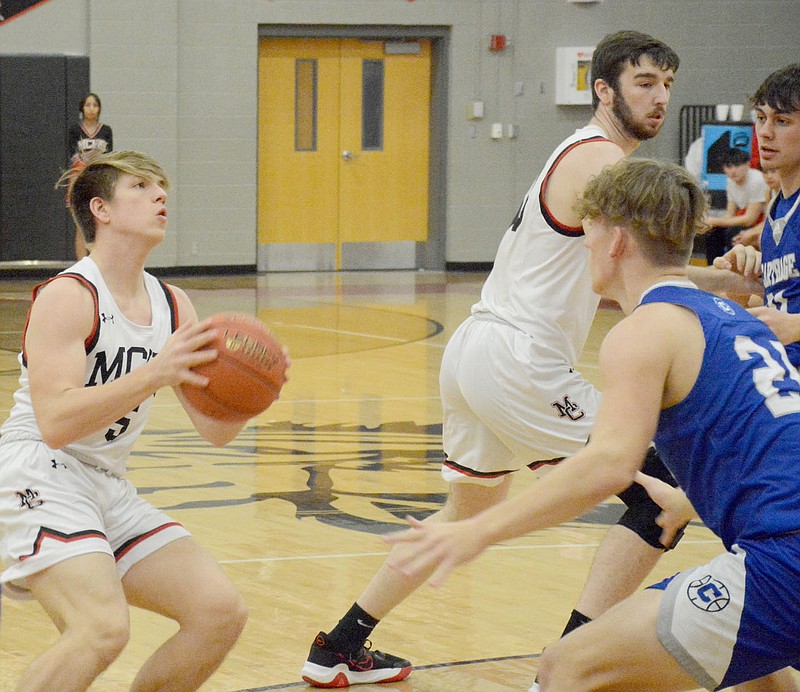 ANDERSON -- McDonald County boys' basketball coach Brandon Joines thought the Mustangs did a good enough job defensively on Thursday against Carthage. It was on the offensive end where the Mustangs came up short.

Carthage pulled ahead by double digits at halftime and pulled away for a 66-43 win over the Mustangs on Thursday at Mustang Arena.

"Defensively, I think we had an outstanding effort, and I think we did everything we wanted," Joines said. "If you go back and we were to watch this film, you'll see most of their points where they started getting on their run was off of missed shots. It wasn't turnovers all the time. We had a couple that we would have, but also we play that way. We know that's going to happen. We just try to limit them.

Cross Dowd gave the Mustangs (7-7) an early 2-0 lead and Eli McClain scored inside for a 4-3 advantage early in the first quarter. It was the only two times the Mustangs would lead.

Max Templeman, who led Carthage with 20 points, hit two free throws to give the Tigers a 5-4 lead and Carthage wouldn't trail the rest of the way.

Templeman's free throws ignited a 12-0 Carthage run that saw the Tigers build a 15-4 lead midway through the first quarter.

Templeman had six points in that run, and Justin Ray sank a pair of jump shots for the Tigers.

Teddy Reedybacon scored inside, Sterling Woods had a steal and score and McClain's basket inside made it 15-10.

Reedybacon scored on a putback to open the third quarter and bring the Mustangs within 30-20, but that was as close as they would get the rest of the way.

McDonald County did cut the Carthage lead back down to 39-28 after an 8-2 run. Pierce Harmon and Cole Martin hit back-to-back 3-pointers and Reedybacon swished a jumper.

Kabance answered with a basket for Carthage, which Cross Dowd countered for the Mustangs with a steal and score to make it 41-30.

Carthage finished the quarter on a 9-3 run to go up 50-33. The Tigers would lead by as many as 25 points in the fourth quarter.

"We had some bad moments, but at the same time, every one of our missed shots that's what led to their transition," Joines said. "Defensively though, I feel like we executed our game plan very well. The guards did an outstanding job on their three guards and our bigs did a good job of rebounding the ball and providing extra pressure. I don't fault any of the effort at all tonight. Again, it just came down to our shooting and our lack of hitting tonight."

Pugh scored 18 points to go with Templeman's 20. The Tigers improved to 10-1 with the win.

"They're pretty good," Joines said of Carthage. "They played with state-ranked Nixa within 10 points in the fourth quarter in their last game, I believe; they're a solid bunch. They have the guards that can go. Like I said, our guards, I feel like defensively we matched it. It was just a matter of we didn't hit shots on our end, and that's frustrating but at the same time, you know, they were great looks. I don't fault most of the shots."

Reedybacon was the only Mustang in double figures, with 14 points. Eli McClain chipped in seven, Harmon six, Cross Dowd and Toby Moore each with four, Martin three, Woods and Weston Gordon each with two and Dalton McClain with one.

The Mustangs (7-7) are scheduled to return to action Friday at Seneca. 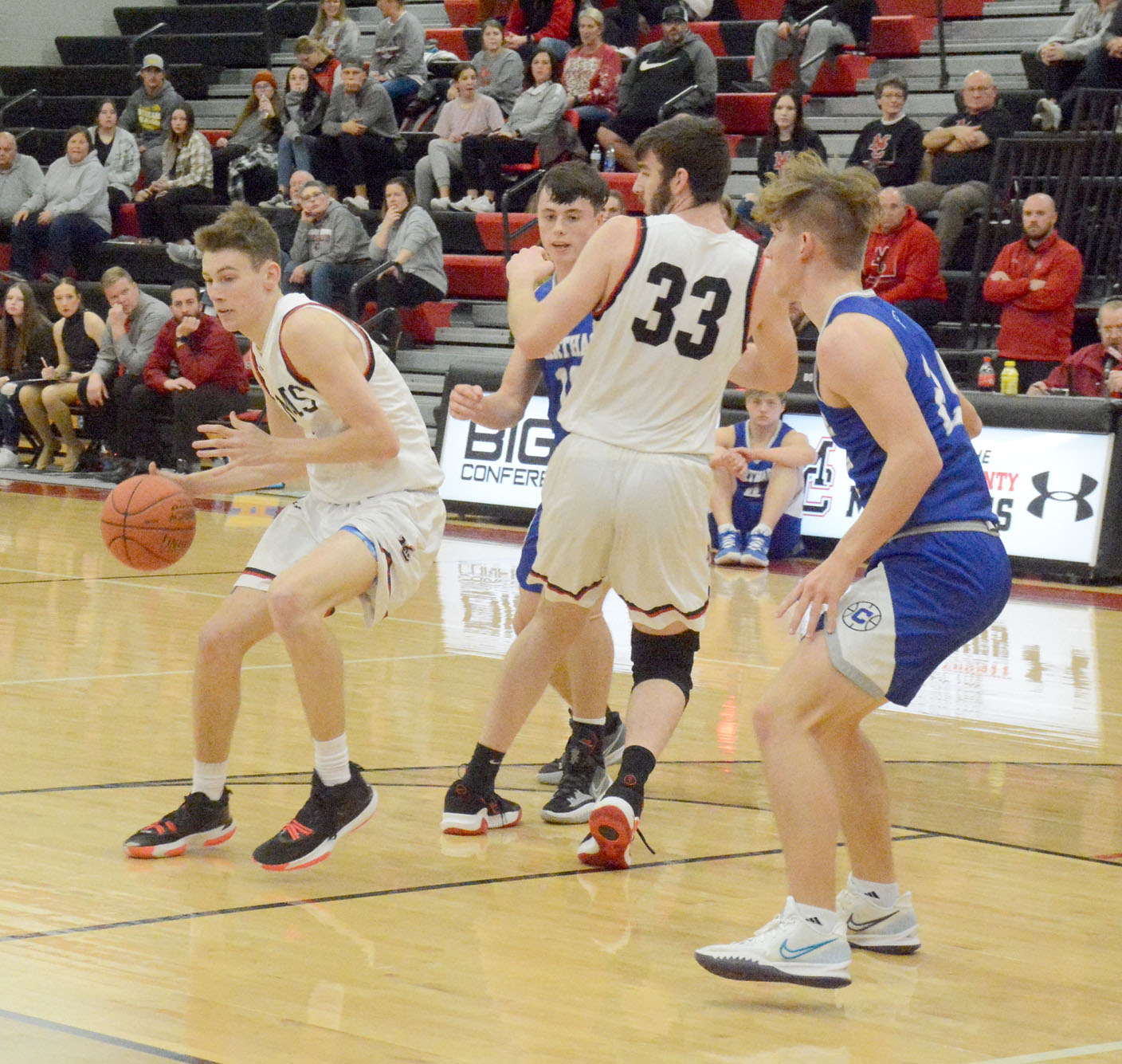 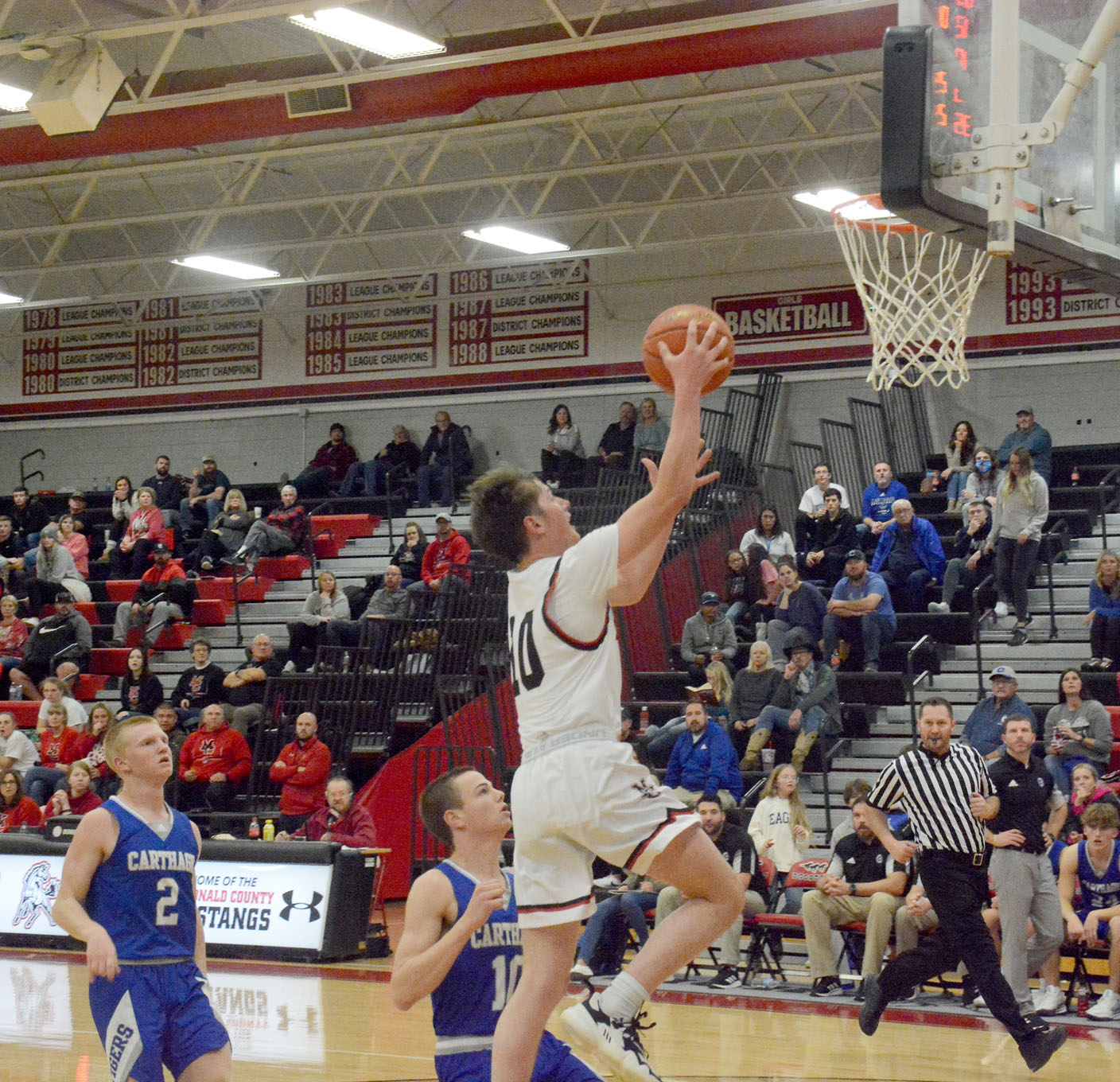 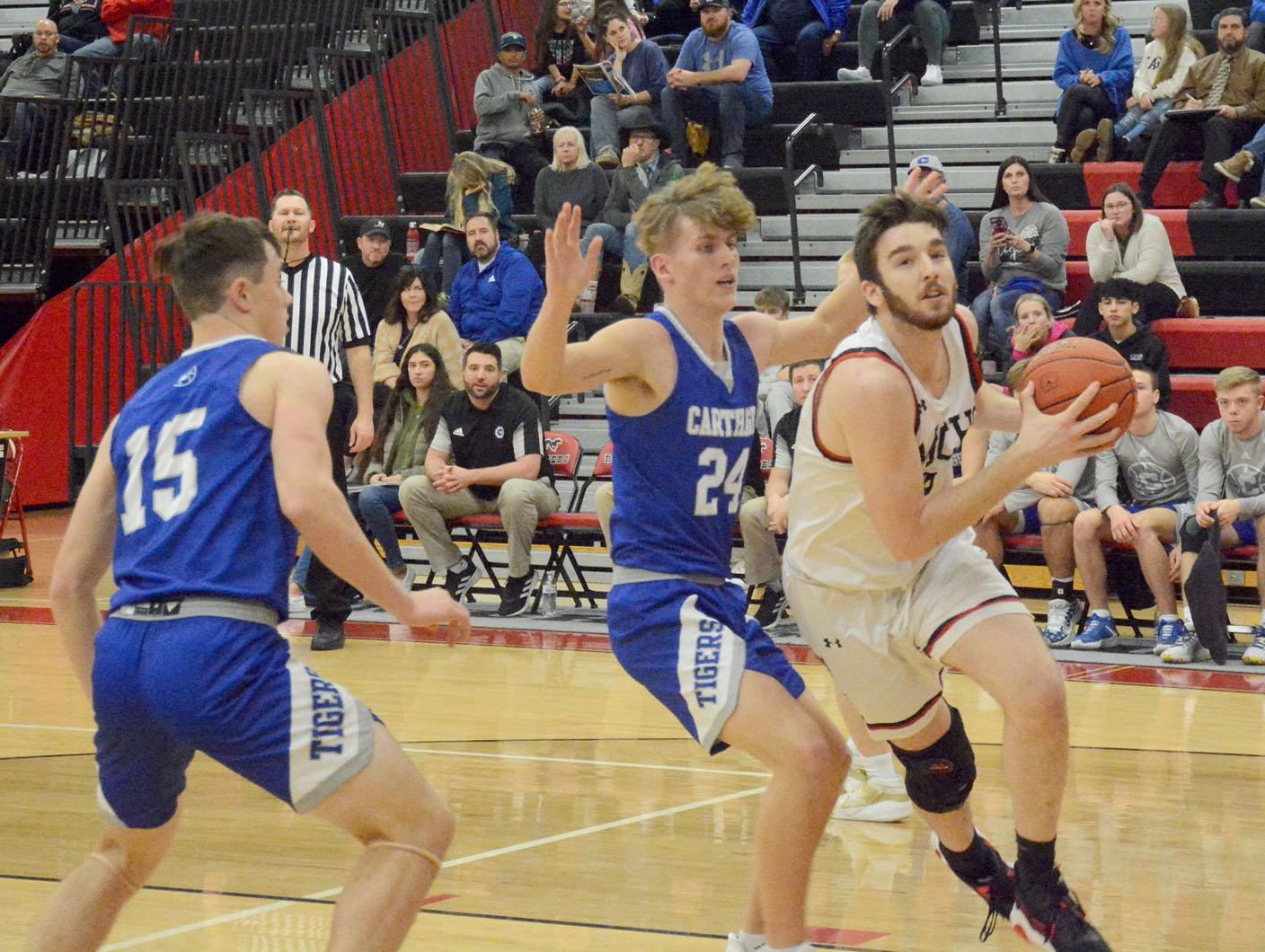