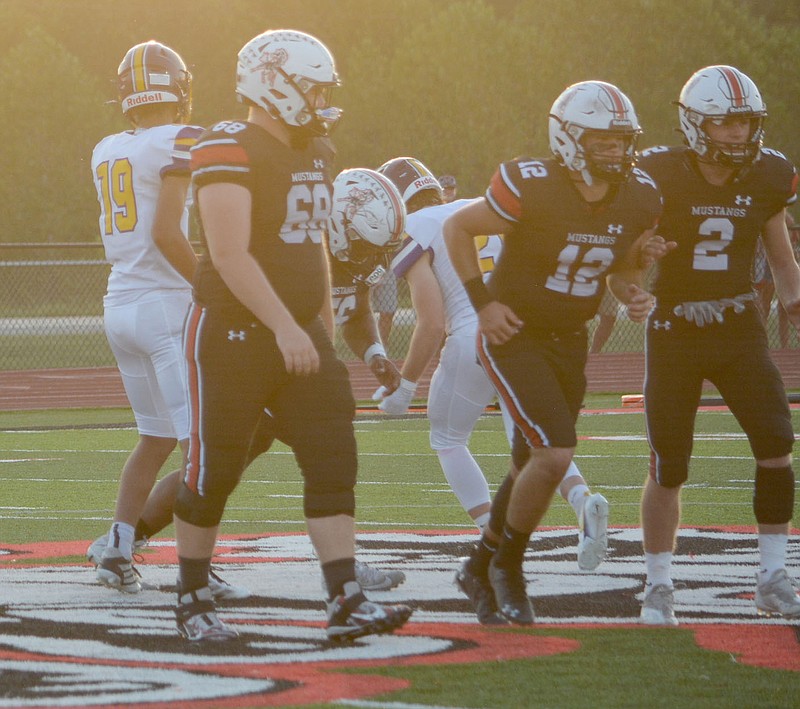 The Mustangs are 4-1 overall and 2-1 in the Big 8 West. Their strong second-half performances are key to that success. They've outscored Monett and Seneca by a combined 49-0 after halftime in the past two weeks. A 14-10 intermission deficit turned into a 31-14 victory over Monett, and a 7-all tie at Seneca ended in a 35-7 rout.

"I think our conditioning is pretty good," McDonald County coach Kellen Hoover said about reasons for the trend. "We made that more of a focus. Overall, it just comes down to our kids making a few tweaks at halftime."

East Newton seeks to bounce back from a 28-14 loss to Marshfield. The Patriots (1-4, 0-2) run a stack defense and like to bring heavy pressure with blitzes.

"You don't always know where it's coming from," Hoover said. "They're a physical team. We know they're going to be ready for us."

It's senior night for the Mustangs, always an occasion for extra intensity and emotion. Football seniors will be saluted before kickoff, which is scheduled for 7 p.m. at Mustang Stadium. Cross country, ROTC, girls golf and the band will be honored at halftime.

"We always want to make sure that -- especially our younger guys -- understand that this night is for them [the seniors]," Hoover said. "We want to honor them."

McDonald County's offense keeps humming under the steady direction of senior quarterback Cole Martin. The Mustangs average 30.2 points per game. In the last two games, Martin has run for five touchdowns and thrown three TD passes, two to Cross Dowd and one to Colton Ruddick.

The defense has held three of its opponents to under 15 points and is setting the tone at the line of scrimmage.

"They're playing fast and physical," Hoover said. "A lot of defensive linemen are making huge plays."