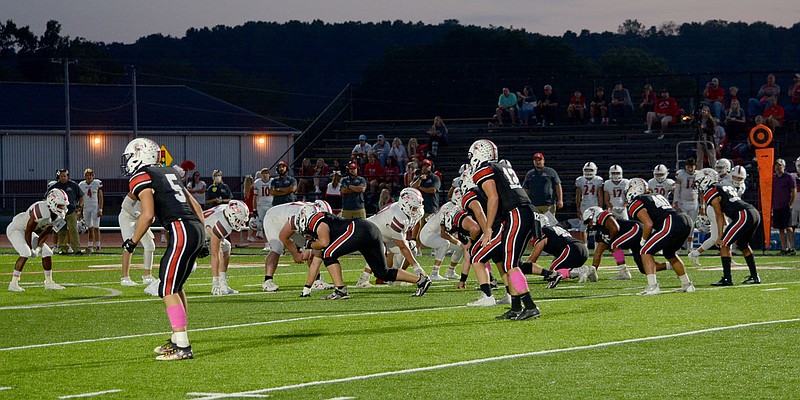 Al Gaspeny/Special to McDonald County Press The defense shut down Reeds Spring as McDonald County won its fourth in a row Friday night. The Mustangs have outscored opponents 142-40 during the streak.

Cole Martin started the stampede, and the Mustangs kept running.

Martin returned an interception 40 yards for a touchdown as McDonald County scored 41 unanswered points in a 41-6 rout of Reeds Spring on Friday night at Mustang Stadium.

McDonald County (6-1, 3-1 Big 8 West) won its fourth in a row and has outscored opponents 142-40 during the streak. The Mustangs were down 6-0, the first time they'd trailed in 10 quarters, when Martin picked off a third-and-14 pass and ran in for the score.

"Cole's play defensively had a lot to do with that," McDonald County coach Kellen Hoover said of his team's dominating performance. "That's right after a long drive [for Reeds Springs' early and only TD]. They stopped us. And then they're moving it again. Then the pick-6, and he scored. That was such a big play. Then we were able to come out and get a stop since we had the momentum. Right then, we kind of gained control of the game and just kept it."

The victory sets the stage for a Big 8 West showdown at Nevada (6-1, 4-1) with heavy postseason implications.

"I feel comfortable throwing five or six guys in at receiver," Hoover said in regard to the chemistry Martin and his targets have worked together to develop.

The Mustangs' Jakobe Montes rushed 11 times for 47 yards and a touchdown.

"Our D-line did a great job getting after their QB," Hoover said. "It definitely helped our guys in coverage. I'm proud of all three levels of our defense."

The Mustangs held Reeds Spring tight end Caden Wiest to one catch for 26 yards. The 6-4, 255-pound Wiest is a coveted college recruit.

"He was someone we wanted to account for on every play," Hoover said.

Reeds Spring drove 78 yards on the opening possession of the game to take a 6-0 lead when receiver James Dowdy took a handoff on a reverse and threw an 11-yard TD pass to Burall. The PAT kick failed, and things only got worse for the Wolves.

Martin's interception return and Jared Mora's conversion kick made it 7-6 after one quarter. McDonald County then shifted into high gear. Martin hit a sliding Parnell for a 10-yard score and found Malone for a 23-yard touchdown. Malone made a dandy dash along the right sideline.

A bad snap on a punt set up McDonald County on the Reeds Spring 5-yard line. Dowd's superb catch on the edge of the end zone and Mora's kick gave the Mustangs a 28-6 halftime advantage.

Montes' 11-yard touchdown run put the Mustangs ahead 41-6 at the 6:55 mark of the third quarter, and a continuous clock was used the rest of the way because of the 35-point cushion. McDonald County reined in the offensive play selection and made sure the reserves got in the game.

"We were very fortunate," Hoover said of getting playing time for those who don't always see action. "They were excited to get out there."

Especially freshman linebacker Malosi Sosef, who made the most of his opportunity by delivering a resounding tackle as time wound down. 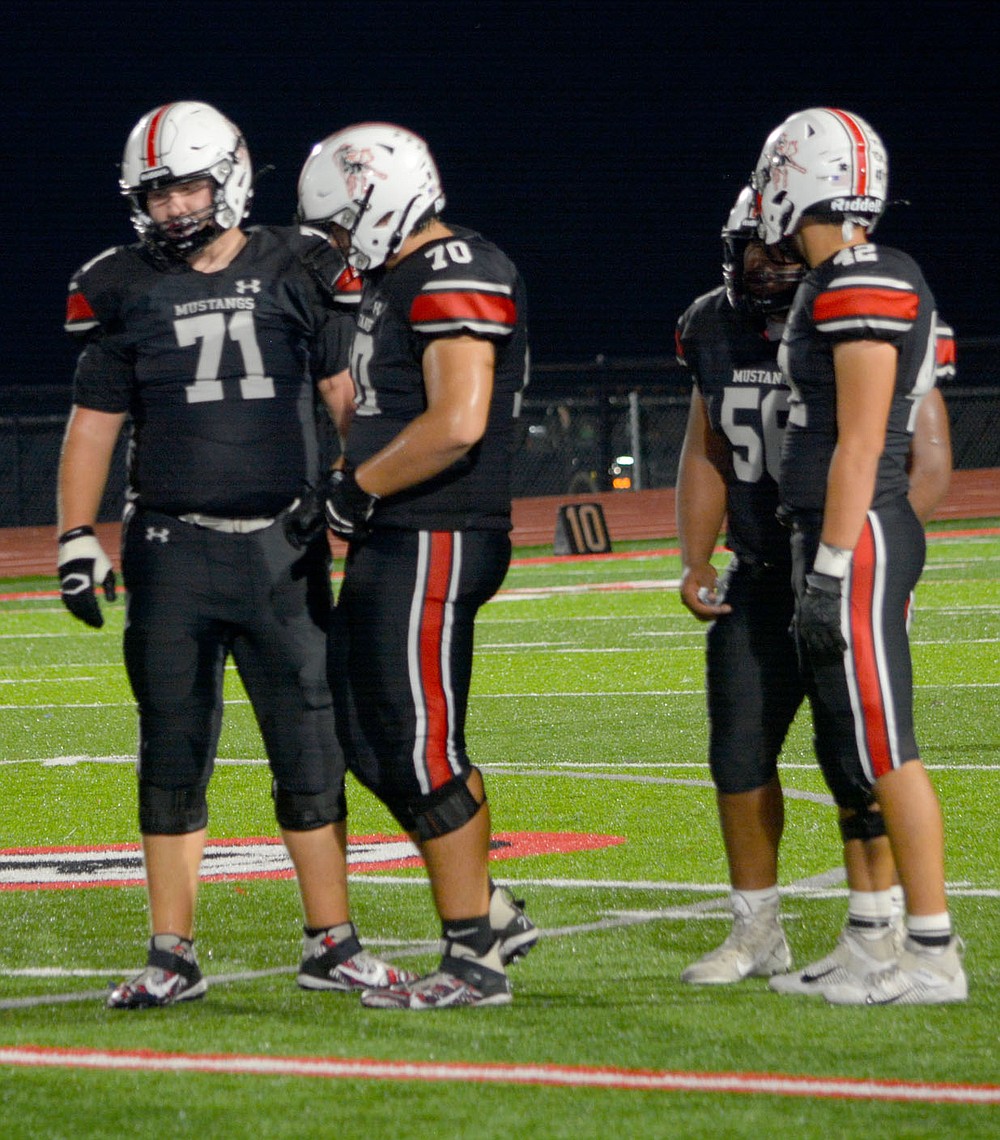 Al Gaspeny/Special to McDonald County Press McDonald County quarterback Cole Martin (12) turns to the sideline for a play as the offensive line prepares to block during Friday&#x2019;s game at Mustang Stadium. 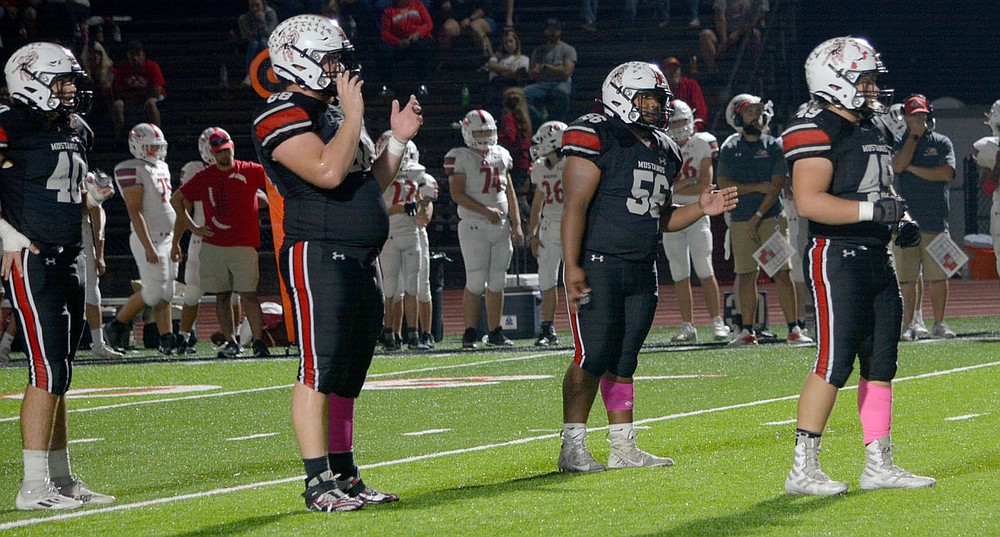