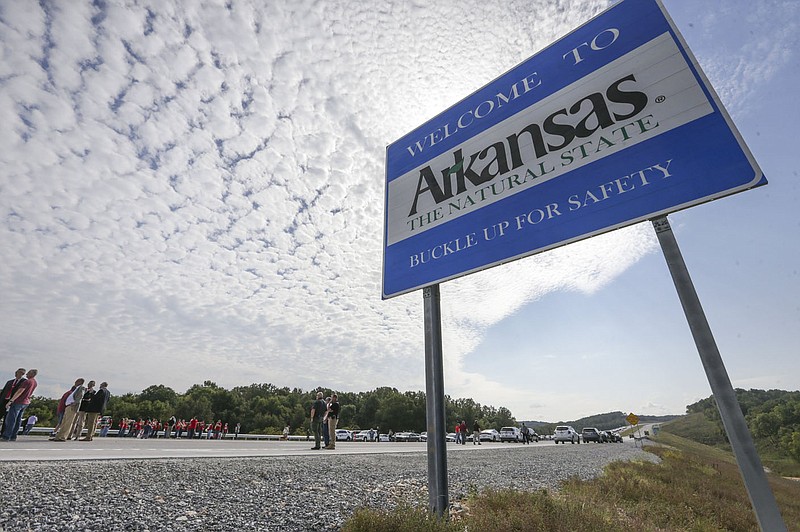 A sign is shown, Thursday, September 30, 2021 along the new Interstate 49 Bella Vista Bypass near Hiwasse. Arkansas Gov. Asa Hutchinson and Missouri Gov. Mike Parson joined highway officials from both states, highway commissioners, legislators and members of the public at the Arkansas-Missouri border to celebrate with a ribbon cutting. The newly constructed highway will open to the public Friday. Check out nwaonline.com/211001Daily/ for today's photo gallery. (NWA Democrat-Gazette/Charlie Kaijo)

The four-lane, 19-mile highway opened to the public on Friday.

The road is expected to take up to 10,000 cars a day off U.S. 71 through Bella Vista, according to regional planners.

Arkansas Transportation Department traffic counts show about 22,000 vehicles a day passing through Bella Vista on U.S. 71 near the state line, which is Bella Vista Way. About 18% of those vehicles are tractor-trailers. Regional planners anticipate most of those trucks will opt for I-49.

"This highway, yes, it's going to be a lot safer. Yes, it's going to be more convenient," Parson said. "But I guarantee it'll also drive the economy of both our states because it'll be the opportunity, and you will see business follow this interstate."

Both governors praised the partnership between the states and their respective departments of transportation and others who worked to get a missing link in I-49 completed.

"There's no reason for us to do things on our own when we can put our resources together and make things better," Parson said.

Parson said the project should serve as a great model for the rest of the country.

Hutchinson highlighted what the investment in infrastructure will mean for business and tourism in both states.

"Whenever you look at what's happening in Northwest Arkansas and southwest Missouri, our economy is boosting. But if we do not have this kind of investment in infrastructure, then we can't keep growing our economy," Hutchinson said. "While this won't guarantee we'll continue to prosper in the future, it sure means we're not going to stymie the growth we already have."

Interstate 49 is considered a high-priority corridor, and Arkansas, Missouri and federal transportation officials have discussed the need for a Bella Vista Bypass for more than 25 years.

Construction consisted of six projects totaling more than $220 million and began in February 2011.

Hutchinson said the recent closure of the I-40 bridge in Memphis showed how important connections between states, such as I-49, are to the commerce, growth, safety and enjoyment of their residents.

"Look at the beauty of Arkansas and Missouri Ozarks hills. That's what they're going to see when they come here," he said.

The governors cut the ribbon at 10:58 a.m., just after a parade of classic and antique cars rolled into Arkansas from the Missouri side of the line. Cheerleaders from Gravette High School held the ribbon across the new road. A band from McDonald County High School played and its Junior ROTC presented the colors at the celebration. A couple of hundred people attended the event.

"That's what you've been working for, reading, turning pages," Taldo said. "We've been doing this year after year, and now we've gotten to the last page of the last chapter. You get some satisfaction out of that. Great day for Northwest Arkansas. Great day for Missouri."

Former long-time Arkansas Highway Commissioner Dick Trammel of Rogers said he was not sure he'd live to see the project finished.

"I'll be 84 next week, and I kept worrying about I hope we finish that new highway before I go," Trammel quipped. "I want to thank the people of Arkansas for supporting the half-cent tax in 2012 or we would not be here."

The completion of the project links 265 miles of interstate between Fort Smith and Kansas City, Mo. The road replaces what was the only missing link in that portion of I-49. Travelers for years have had to leave I-49 and navigate through a series of stoplights in Bella Vista on U.S. 71/Bella Vista Way. A 2015 study reported the road in Bella Vista was one of the most congested corridors in the region.

The new road will allow motorists to circumvent Bella Vista to the west and south on a four-lane, controlled-access highway.

The project also has been called the Interstate 49 Missouri/Arkansas Connector, a nod to its regional importance.

When all segments of I-49 are complete in Arkansas, Missouri and Louisiana and connected to I-29 in Kansas City, the corridor will cover about 1,630 miles and link ports on the Gulf Coast around New Orleans with south-central Canada, near Winnipeg, a center of industry, transportation, agriculture, mining and energy.

Missouri awarded a $58.7 million contract in April 2020 to Emery Sapp & Sons to build the final five miles of I-49 between Pineville, Mo., and the state line in McDonald County. Work started May 11, 2020.

The Northwest Arkansas Regional Planning Commission applied for, and received, a $25 million federal grant in December 2018 and gave the money to Missouri to complete I-49. The I-49 Missouri project is in the commission's planning area.

Arkansas officials awarded bids in July 2019 and broke ground in October of that year on two sections needed to fill missing links on the Arkansas side.

The two projects were the last 2.5 miles from Hiwasse to the state line and the single-point, urban interchange to replace the roundabout at I-49 and U.S. 71 in north Bentonville, where the new highway heads west.

The estimated cost of the two projects is just over $100 million. Emery Sapp & Sons is the primary contractor on both.

Ron Wood can be reached by email at [email protected] 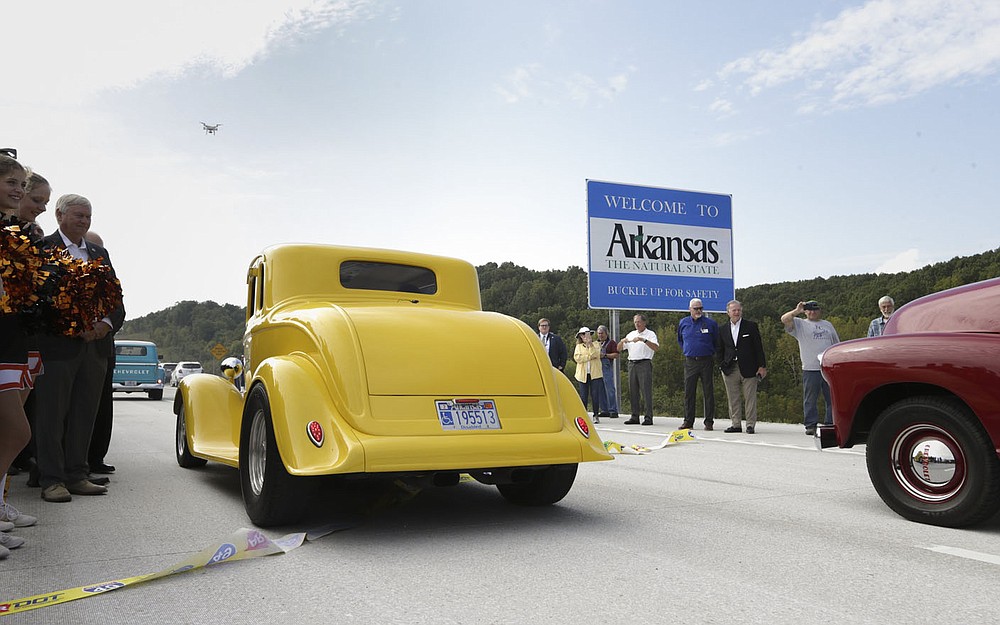 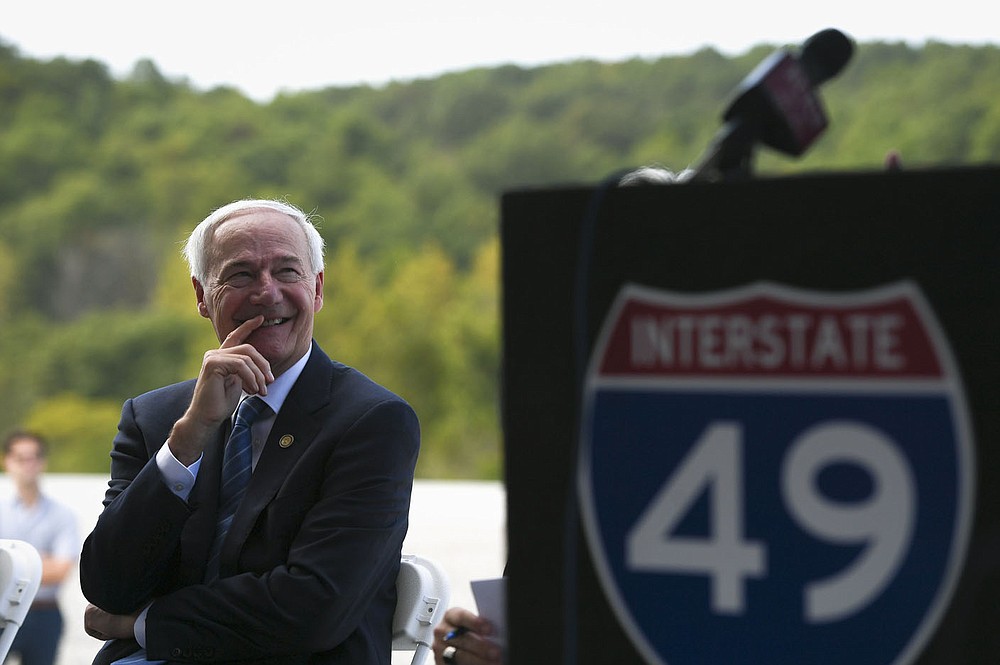