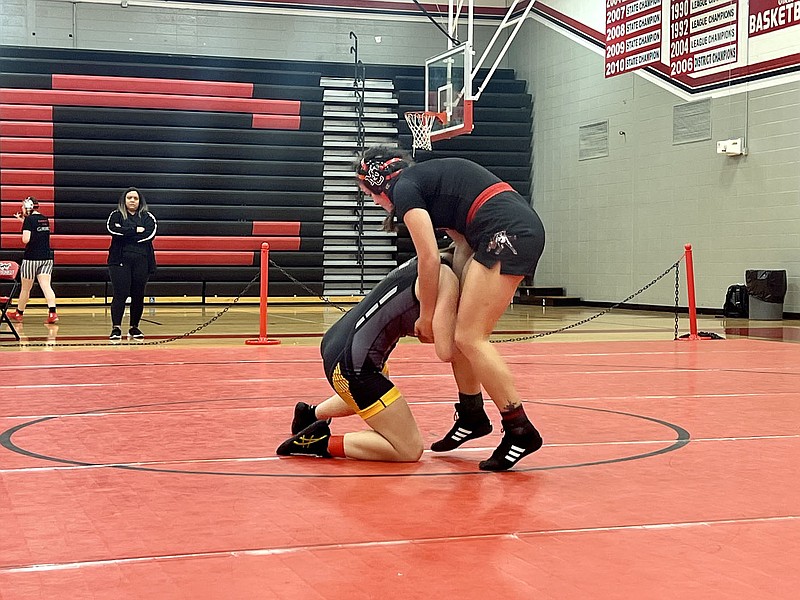 ALEXUS UNDERWOOD/SPECIAL TO MCDONALD COUNTY PRESS The MCHS Girls Wrestling Team competed at a home tournament held Nov. 19, at MCHS. Teryn Torrez prepares to sprawl as her opponent, A. Gosvener from Cassville, takes a two-point shot. Gosvener wins the match by pinning Torrez.

Kadence Akins finished second in her weight class in the Lady Mustang Wrestling Tournament on Friday, while Jose Hernandez won and three Mustangs medaled in the Cal Willie JV Tournament on Saturday.

Both events were at McDonald County High School.

"Our coaching staff was very impressed with our five girls who competed in our Lady Mustang Tournament," McDonald County coach Josh Factor said. "To get the competition these girls had this early in the season is only going to help them grow as wrestlers. For Kadence Akins to take second place in the 235-pound bracket in her first-ever high school wrestling tournament is just a glimpse of what kind of potential she has for wrestling."

Cassville (156) won the 17-team tournament. McDonald County was sixth with a total 38 points.

In the boys' competition, Hernandez went 5-0 and won the 195-pound class, scoring 25 points for the Mustangs. He defeated Aurora's Janson Hunt by a major decision (4-1) in the first-place match.

A total of 17 Mustangs competed, the most the school has had in the Cal Willie event, Factor said.

"A big goal for our coaching staff has been building up the numbers in our program, and this year we are seeing some progress in that area," Factor explained. "I feel confident that some of these athletes will be competing for varsity time as we get further into the season."

Yeison Lopez-Duenas (132) and Miguel Melendez (220) both finished fourth for the Mustangs. Dominic Cervantes (126A) and Cole Thomas (195) both were fifth. 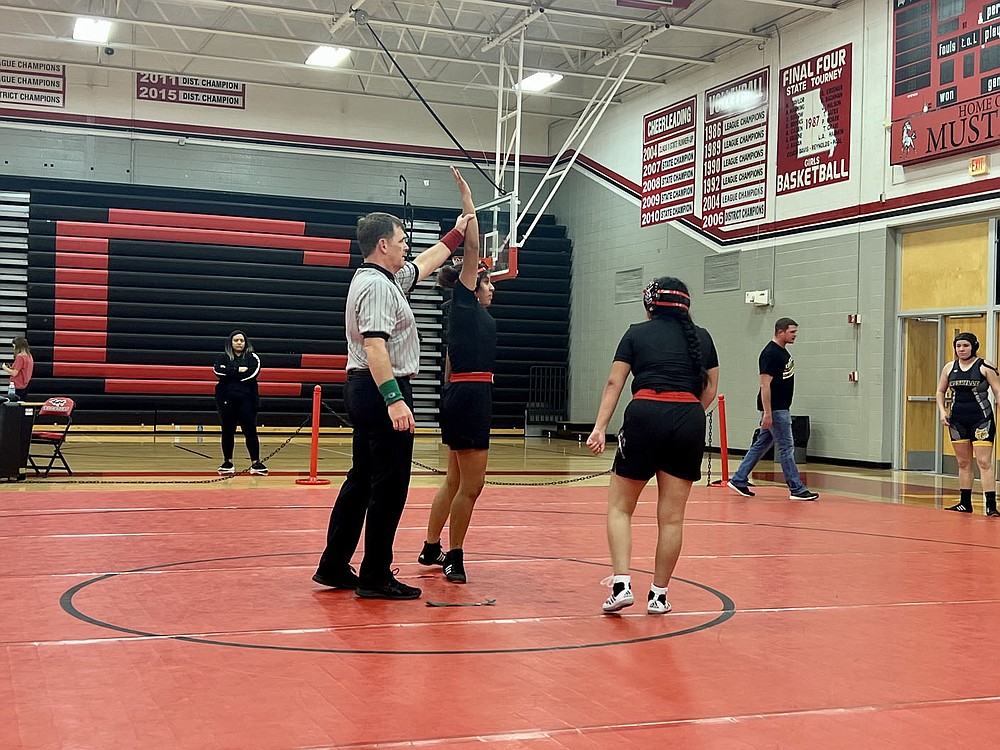