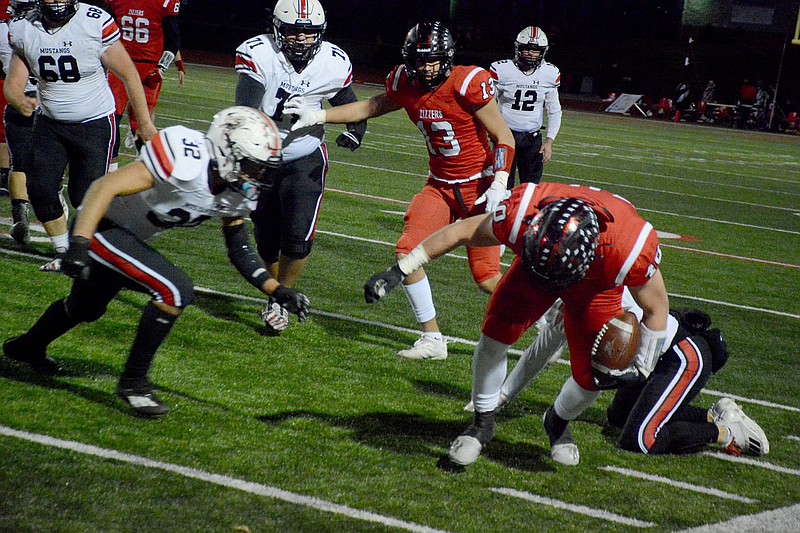 WEST PLAINS -- There were hugs and tears when it was over. Nobody in red and black wanted to see the magical season end. But it did.

The loss snapped the 10-2 Mustangs' eight-game winning streak and was a tough way to conclude a record-setting campaign and the best year in school history.

"Nobody can take away the things that they've accomplished in 2021, and I'm really proud of them," McDonald County coach Kellen Hoover said.

What made this group, ranked eighth in the state in Class 4, so special?

"The family aspect of it was really apparent this year," Hoover said. "They really wanted to be there for their brother. And they didn't want to let the next guy down. You could just see that this was a really tight-knit group that wanted to do things that have never been done before. They set out to do that at the very beginning of the year, and they accomplished some pretty great things."

The Zizzers, keyed on Martin, limiting the Big 8 West offensive player of the year to 47 rushing yards on 22 carries. With the senior leader neutralized, West Plains was never threatened and led 28-7 at halftime and 42-7 after three quarters.

The Mustangs were held to 44 rushing yards as a team on 25 totes.

Martin was 10-of-26 passing for 103 yards and one interception. He connected with fellow senior Levi Malone five times for 83 yards, but little else worked. Malone was also a bright spot defensively, breaking up passes in the secondary.

Lair ran for three TDs and caught a scoring pass, finishing with 86 yards on eight carries and adding four receptions for 93 yards. He had a 61-yard touchdown run on the second play from scrimmage for a 7-0 edge. Lair's 42-yard TD catch and the PAT made it 14-7, putting the Zizzers ahead to stay at the 11:10 mark of the second quarter.

"We knew that they were special playmakers," Hoover said of West Plains, ranked fourth in the state. "If you give up leverage against these guys, if you don't keep contain, they've got a chance to go. That happened a couple of times. We knew we were going to have to rally and tackle really well. A couple of times, they got away from us. You saw what happened when that was the case."

Quarterback Dagen Kenslow carried nine times for 101 yards and a touchdown. He was 9-of-23 through the air for 176 yards and two scores for the Zizzers.

McDonald County's senior class leaves behind a legacy that far overshadows this defeat. 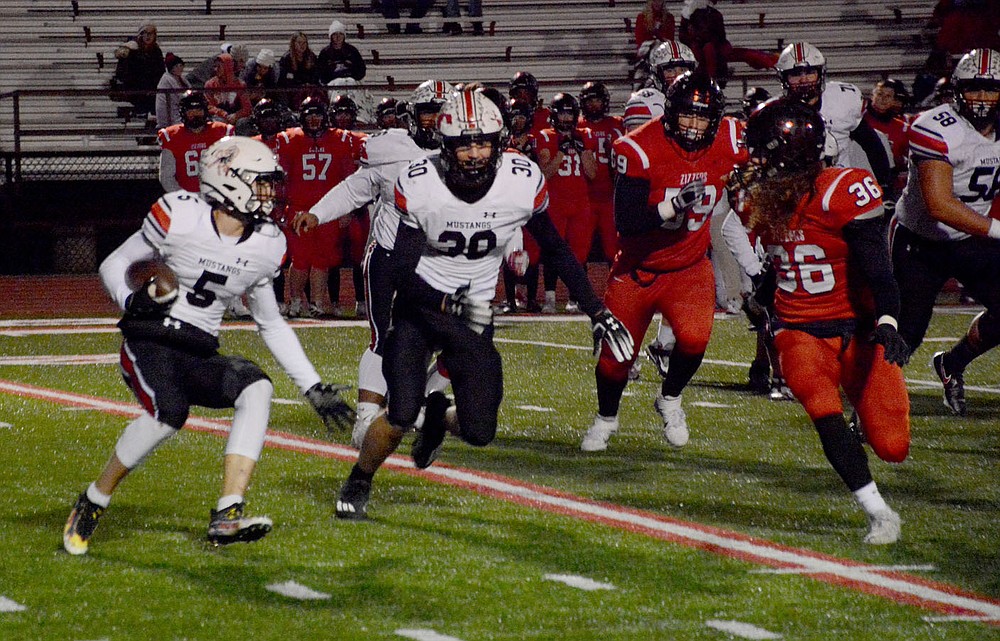