Learning Experience Ahead For Golfers 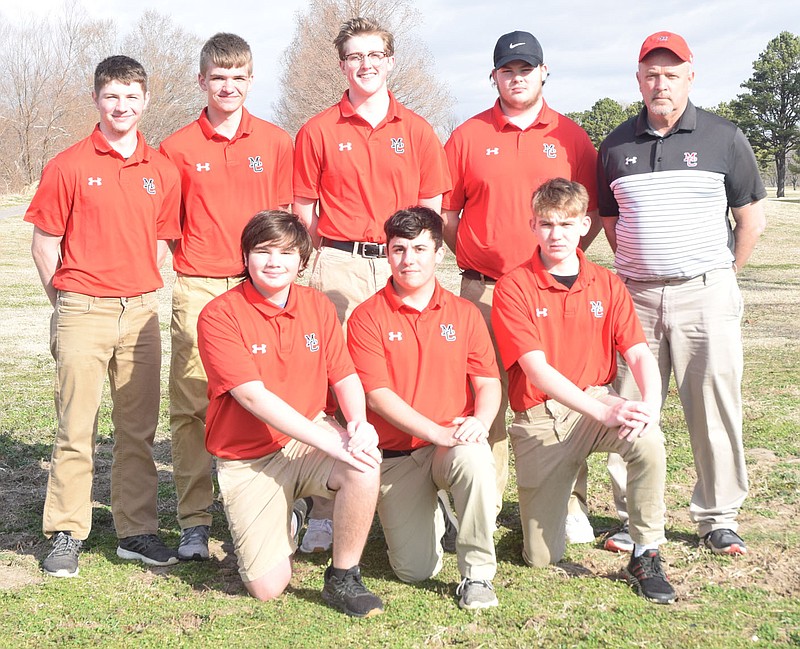 With only one player having any experience, the McDonald County High School boys' golf team will look to its 2021 season as a learning experience.

Junior Dayson Fickle returns after playing as a freshman, but missing all of last year due to the closing of school because of covid-19.

Fickle is joined by seven others, including four seniors with very limited experience.

"We have several seniors who are first-time golfers," said coach Darryl Harbaugh. "They are going to walk into a different world once we start playing matches. They played a little this winter and during our practices, but when you have to write down your score on every hole, it's an entirely different game."

Harbaugh said that Toney has a chance to to be a pretty good player.

"Parker has got a decent swing, but he hasn't played long enough to know how to use it," Harbaugh said. "He is working at it though. After our practices, he goes to Neosho and plays in the afternoon."

Harbaugh said golf is not a game you can come out and learn how to play in your first year.

"Golf is hard," Harbaugh said. "There will be a big learning curve for a lot of guys, especially if you have never played. These guys are awful young as far as golf experience goes. Hopefully the seniors will learn pretty quickly."

According to Harbaugh, golf can be a humbling game at times.

"When you first go out there and have to get a pencil and write your score down in front of everybody, it's very humbling," Harbaugh said. "But there is some potential here. The kids are learning."

Harbaugh said playing golf in the spring can be very difficult at times.

"The wind is blowing 30 miles an hour today and that happens quite often in the spring," Harbaugh said. "You play in the cold some days and if it is warm that's because of a south wind blowing like crazy. The guys just have to get used to that. It's the same for everybody. You just have to play through it."

While not a group of experienced golfers, Harbugh said the kids' attitudes make up for their lack of ability.

"They are a good bunch of kids," Harbaugh said. "Hopefully we can have a few kids put up a score to two this year."

Harbaugh said while most of the kids are playing golf for the first time, maybe they can continue and play as adults.

"I always consider golf the greatest sport of all," Harbaugh said. "When you are 80 years old, you can still go play and trash talk with your buddies."

McDonald County was at Neosho for a triangular against Neosho and Diamond on March 23 to open the season. The Mustangs' first tournament is the Neosho Invitational set for March 25.