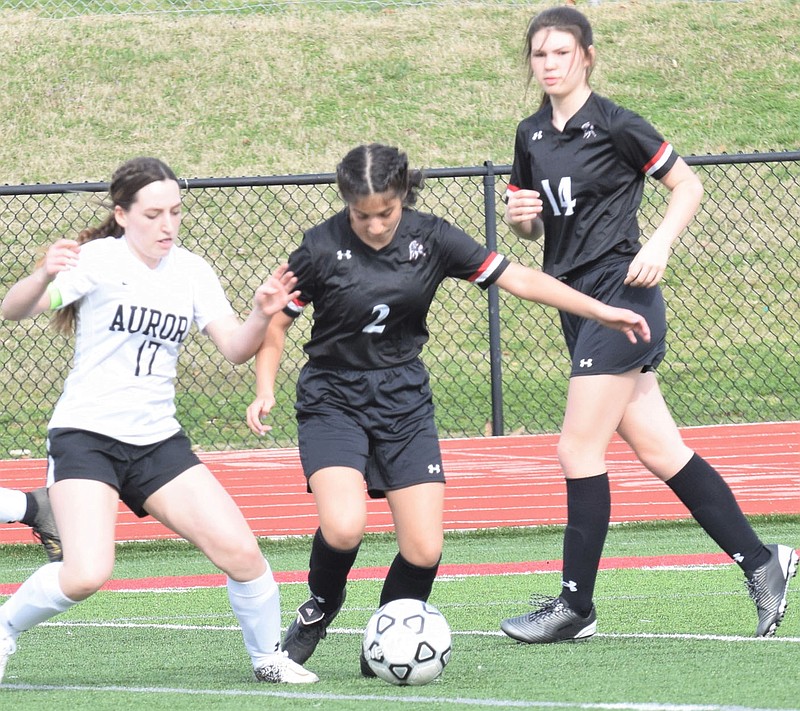 McDonald County trailed just 1-0 at halftime, but the Lady Yellow Jackets added six unanswered goals in the second half.

McDonald County was also shut out in its two remaining games in the tournament on March 20.

After a scoreless tie in the first half, Mountain View/Liberty scored four goals in the second half for a 4-0 win.

In their final game of the tournament, Crocker High School scored four goals in each half to claim an 8-0 win.

Despite being shut out in all three games, McDonald County coach John Delatorre was not upset with his team's performance.

"The tournament was a good experience for us," Delatorre said. "We're super young this year. We have 21 freshmen out of 35 girls. We knew going in we were going to be young and inexperienced, but the girls' work hard. Girls usually latch onto things quicker than boys, so there is no doubt we will get to where we need to be. We just have to work on a few fundamentals and we will be ready to go. We had a couple of close matches at the half. A lot of the girls are athletic and play other sports so that helps in knowing how to be competitive. We have a good goalie (Samara Smith), so that helps. We play Lebanon later on in the year so that will be a good test to see how we have grown at that point."

McDonald County was at New Covenant Academy in Springfield on March 23, before hosting Webb City on March 26, in its home opener. Kickoff is at 5 p.m. 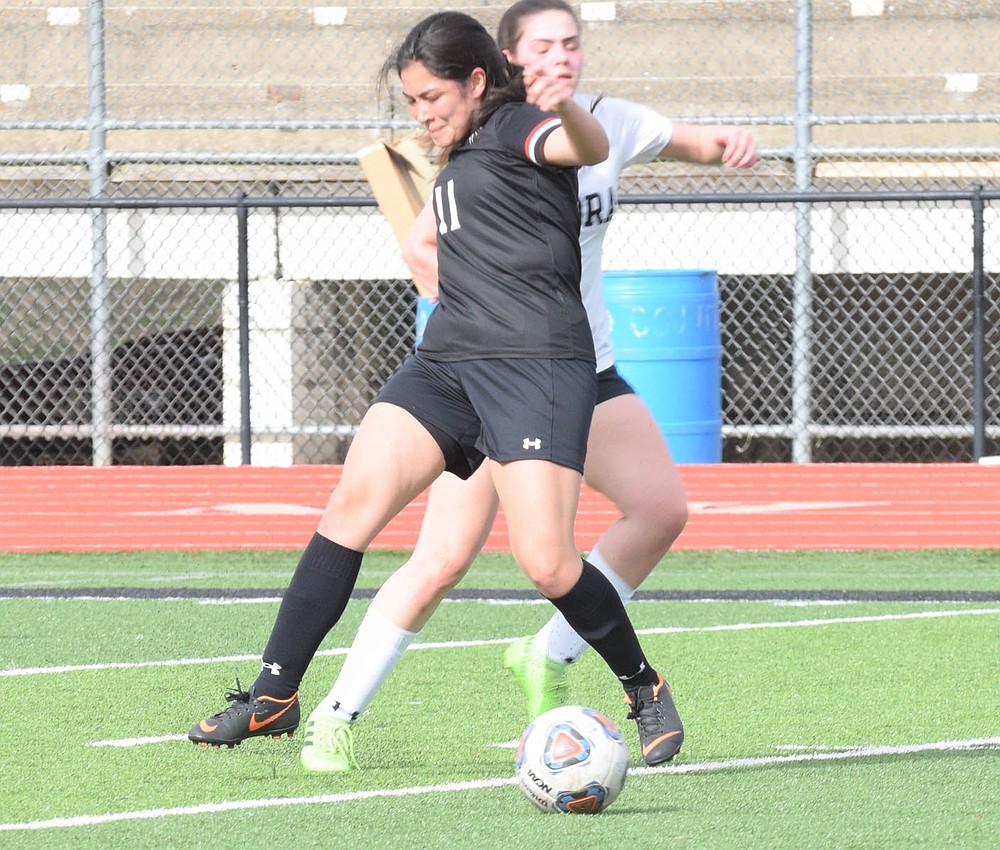 RICK PECK/SPECIAL TO MCDONALD COUNTY PRESS McDonald County's Helen Martinez knocks the ball away from an Aurora player during a jamboree held on March 16 at McDonald County High School.
ADVERTISEMENT