The Thrill Of The Hunt: Mulik Seeks Treasures In The Dirt 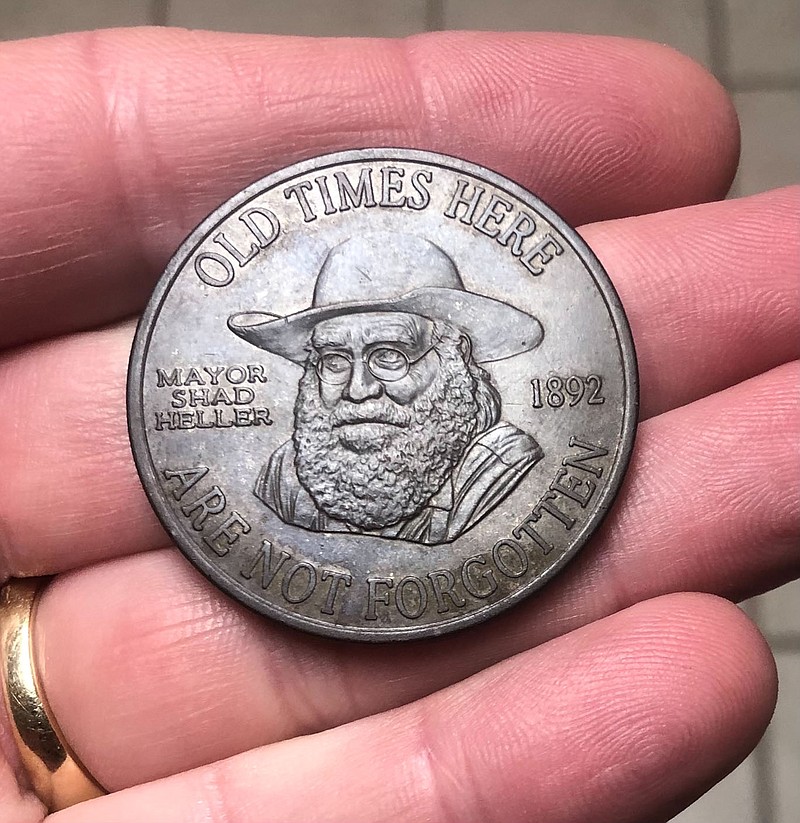 Courtesy Photos Paul Mulik recently uncovered this Silver Dollar City token in a Goodman yard. He estimates the token was in circulation in 1992.

The dirt's treasures motivate Paul Mulik to seek, find and uncover what lies beneath the surface.

"It's a fun hobby, you get some good exercise, and once in a while, you find something worth a little money," he said.

Mulik's metal detector alerted him during a recent excursion in Goodman. While in an older home's yard, the detector indicated the object was about an inch underground. A good quality metal detector will inform the operator of the object's integrity: iron, copper, silver or other metals, Mulik said.

Mulik dug up the item, thinking it might be an old silver dollar. It was blackened up, and when he cleaned it, he realized he had found an old Silver Dollar City token from the amusement park in Branson. The date reads 1892, so he estimates the token was circulated in 1992. The park used to subtract 100 years from the current year, pretending life was occurring in the 1800s, he said. A current eBay auction listing offered a similar token for $40. The nostalgic item may not be worth its weight in mint, but Mulik was still excited to uncover the treasure. "It's a pretty neat find," he said.

Mulik first became interested in metal detecting as a child, but after seeing his college friend's dad use a metal detector, he knew he wanted to take up the hobby. "It wasn't long before I was hooked," he said. That was in 1987.

These days, he and a friend often travel together, seeking older homes and neighborhoods. They ask the homeowners' permission to look for treasure in their yards. Some say no, some allow it, he says.

This particular find, from an older neighborhood in Goodman, speaks of a time when Silver Dollar City handed out the tokens. About 30 years ago, Mulik saw how park personnel created the coins. Two dyes came together and created a huge force to press the design in the token, he said.

"Tokens are a lot of fun," Mulik said. "Businesses used to hand them out as good luck tokens."

Other tokens represented part of a sales tax, such as the one that Mulik found in Oklahoma. The item was a tax token from the 1930s. Sales taxes were first put into place during that time period. The tokens were issued to "facilitate taxing even a one-cent purchase," according to tokenandmedal.org. Sometimes, the token's denomination was one mill or one-tenth cent, the website said. Millions were made. Travelers carried the tokens out of state. Tokens from Missouri are some of the ones that have been cataloged from that time period, according to the website.

It's these historical items that intrigue Mulik. It's the thrill of the hunt. In fact, the Carl Junction resident, who grew up in Neosho, belongs to a Carthage-based group, "I'm Diggin' It." The group meets to show and share finds. On this Saturday, Mulik attended a meeting, then joined about 15 others on a field near Civil War Road to see what they could uncover. Fellow members have found Civil War bullets and a Civil War belt buckle. Missouri has several metal detecting clubs, which meet, share, discuss and research relics they uncover.

Mulik loves to travel the area, seeing what he can find. He's uncovered a 150-year-old nickel and many other interesting items along the way. Still, he considers, the Silver Dollar City token one of his most unique finds.

"It might have been underground since 1992, or lost last week." 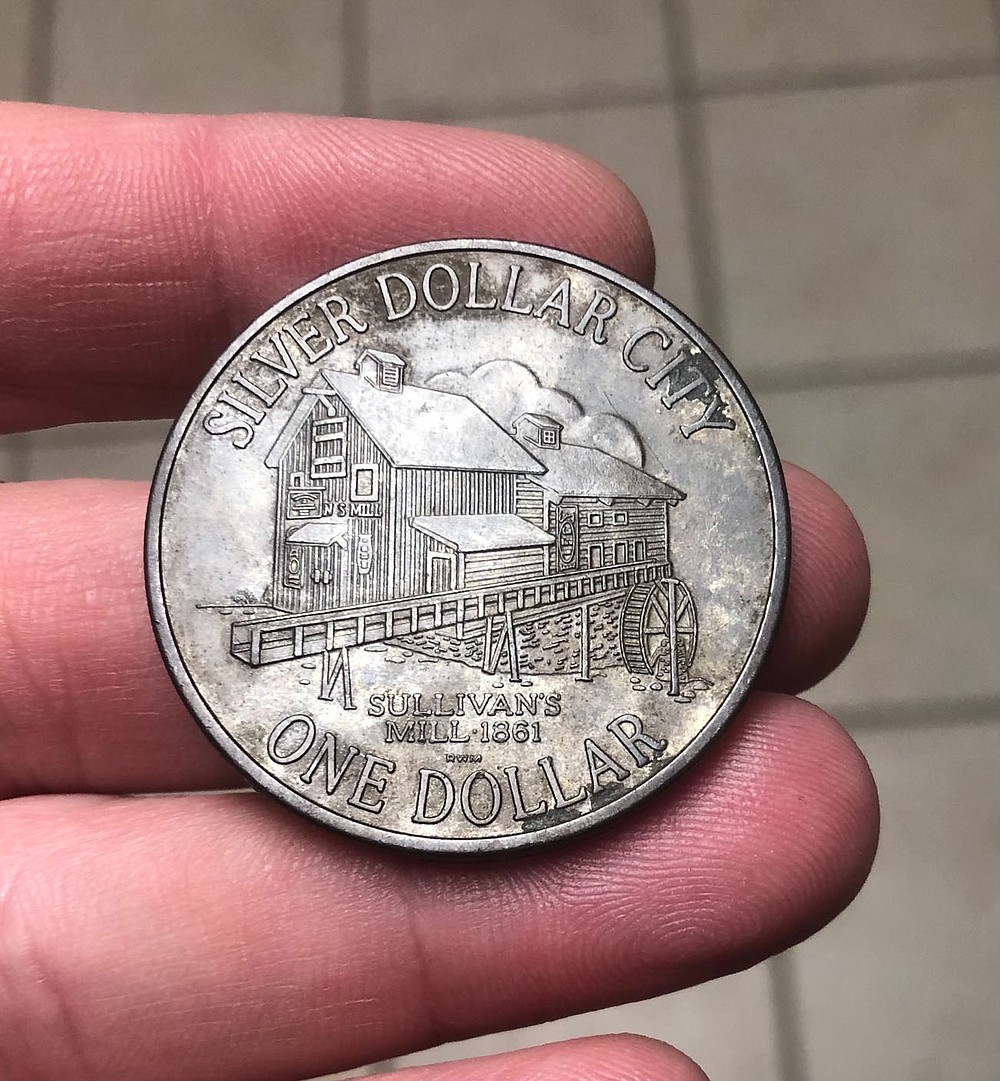 Courtesy Photo This token is one of many created by Silver Dollar City in Branson. Paul Mulik recently discovered this token in a yard in Goodman with his metal detector. Mulik enjoys exploring yards in older neighborhoods to uncover unique items. 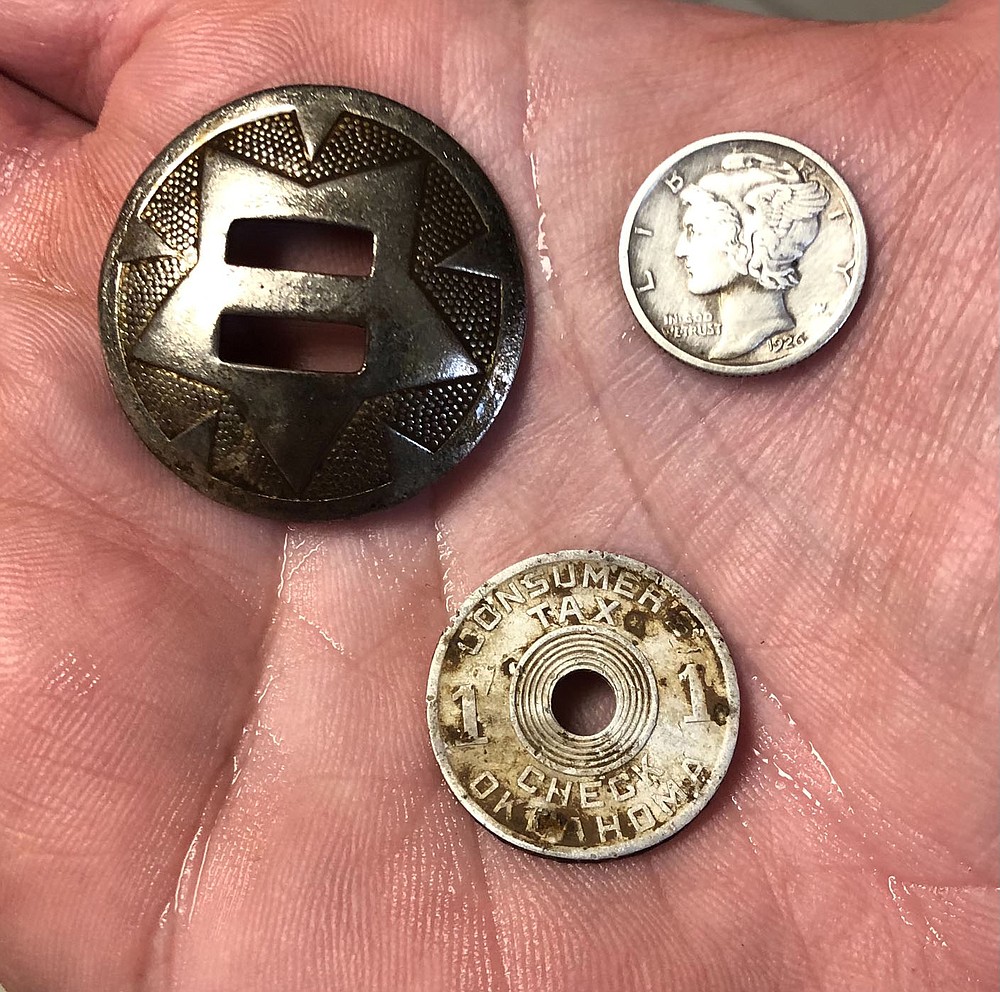 Courtesy Photo Paul Mulik enjoys discovering what lies beneath the dirt, such as the unique items he has found through the years.
ADVERTISEMENT