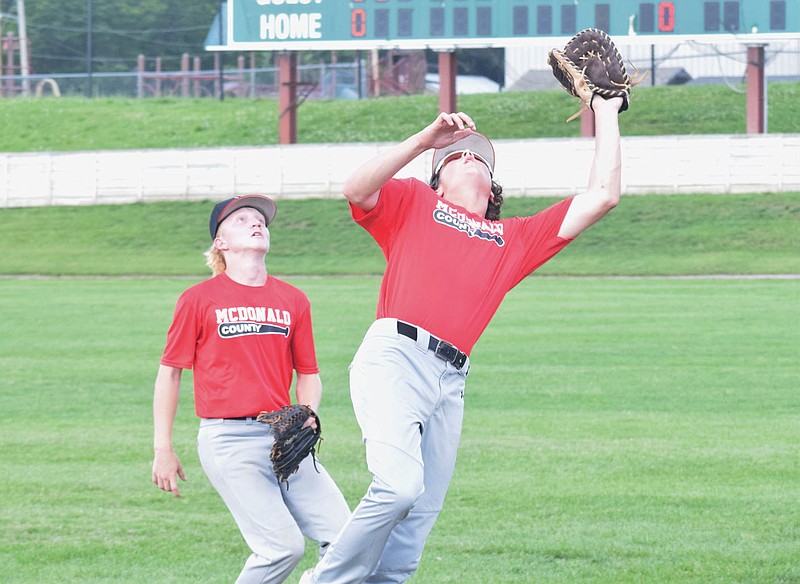 RICK PECK/SPECIAL TO MCDONALD COUNTY PRESS McDonald County first baseman Colton Ruddick runs down a pop-up behind the bag as teammate Wyatt Jordan looks on during Webb City's 13-2 win on June 9 in an 8-on-8 league game at Joe Becker Stadium in Joplin.

Webb City pounded out 16 hits on the way to a 13-1 win over the McDonald County 18U baseball team on June 9 in an 8-on-8 league game at Joe Becker Stadium in Joplin.

Webb City scored two runs in the first, three in the third, three more in the sixth, and four in the eighth to take a 12-0 lead before McDonald County got on the board in its seventh and eighth innings (teams are at-bat for two innings before switching sides in this non-pitcher format).

Destyn Dowd led off the McDonald County seventh with a single. After two outs, Weston Gordon singled to put runners on first and second before a Webb City error on a ground ball by Lane Pratt knocked in McDonald County's first run.

McDonald County added a pair of runs in the eighth, both coming after two were out with the bases empty.

Jack Parnell doubled to start the rally before Tucker Walters singled to put runners on first and third. Cross Dowd then drove in both runners with a double.

McDonald County had 12 hits in the game, including two each by Weston Gordon, Cross Dowd, Tucker Walters and Parnell. Pratt, Jakob Gordon, Destyn Dowd and Isaac Behm all had one hit each.

McDonald County plays Carthage on June 16 in its next league game. 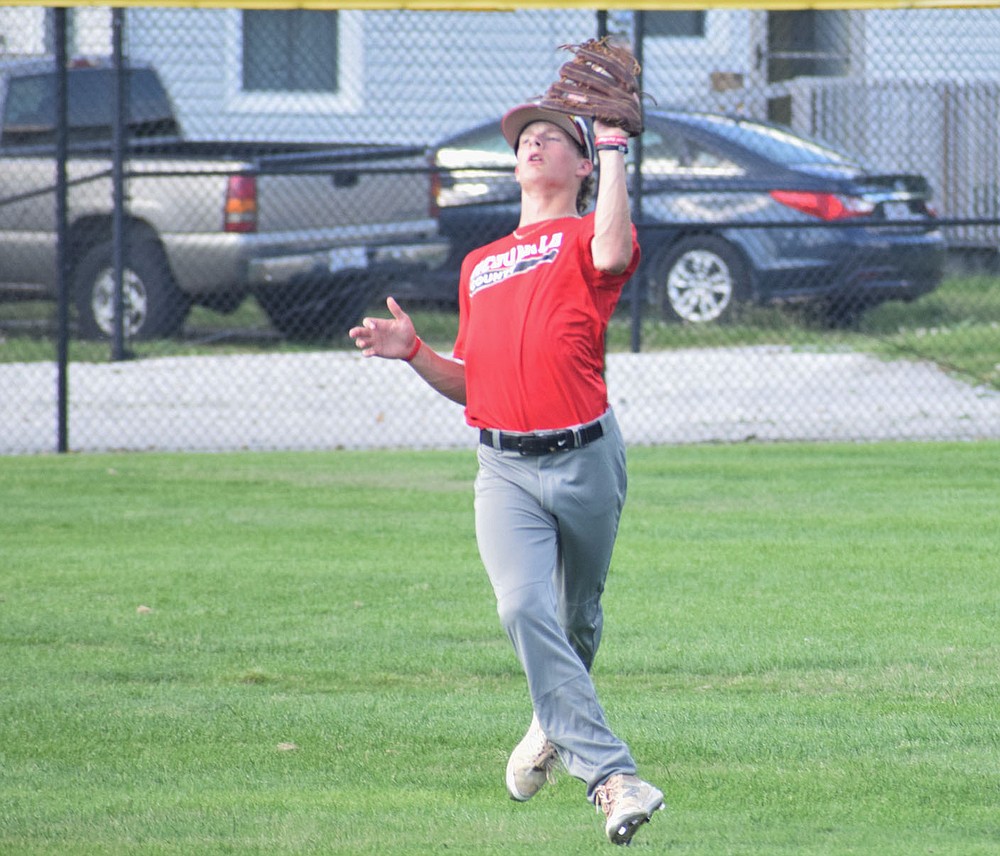