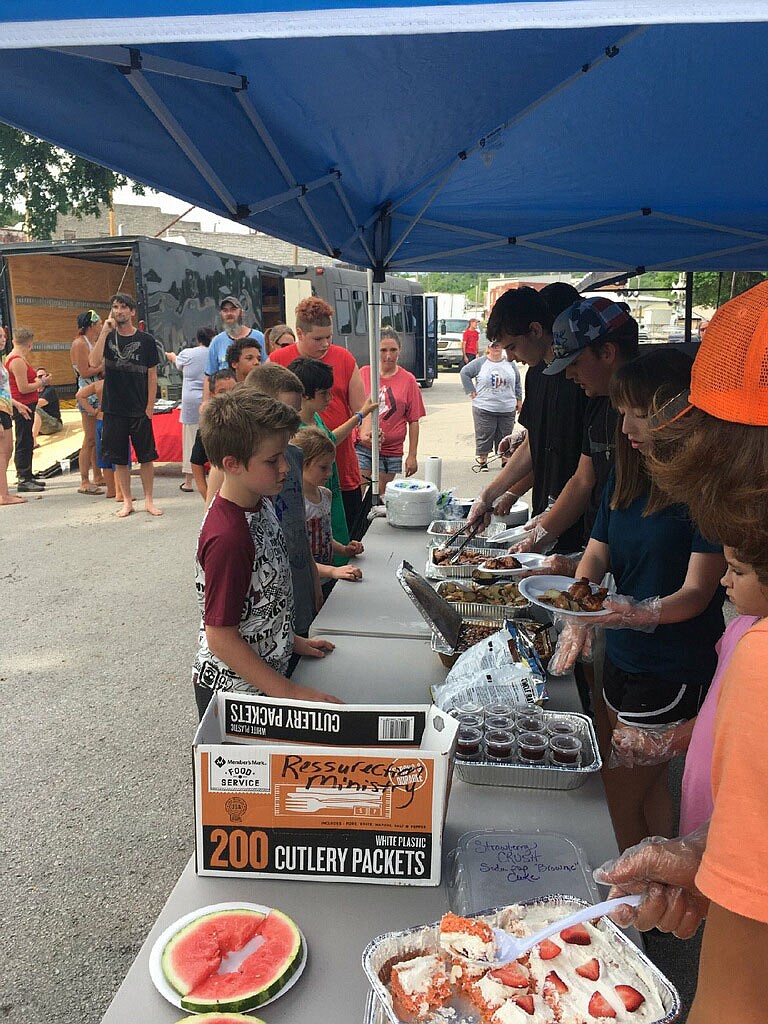 PINEVILLE -- The Unchained Summer Concert Series, hosted by Resurrection Ministries, His Table Ministry, and The Reckless Revival Band will continue to offer free concerts and food through October, with events held at Dabbs Greer Park in Anderson or Anderson City Hall.

The concert series, which began for the year in May, has offered the community free Christian concerts and varying menus each month for four years. Billy Laughard, founder of Resurrection Ministries, an outreach ministry, altered previous outreach events and partnered with fellow Christian organizations to host the event for the community. Laughard, 41, said he hosts the event so God can have glory in McDonald County.

"It's so God can have some glory and something good in our community," Laughard said. "I think it's really starting to pull some of the more predominant members of our community to the forefront to realize that there are people in the community that are there to help them, as well as the community."

Laughard said one of his goals is to let the community know that there are Christians that want to support and help the community in any way they can.

"It's basically just to let the community know that there are Christians that are not looking to get anything out of them, but we're just there to bless them and give them a good time," Laughard said. "Not everybody can afford to take their family out for a dinner. Not everybody can afford to go to a concert. Basically, what we do, we are striving to be the hands and feet of the Lord, and we just want to share our time, our effort, and the things God has given us."

Justin Brock, 45, is the lead singer and guitar player for The Reckless Revival Band. Brock has been involved in the Unchained Summer Concert Series with his band since the event began, prioritizing partnering with Laughard. Brock and his band provide lighting and sound equipment for each concert. Brock said his band is a part of the concert series to be consistent in their message.

"We want to be consistent in showing that we're doing this whether a certain individual shows up or doesn't," Brock said. "We're not promoting anything in particular; we're doing this because we want to show a united front that has the same message and that it's consistent."

Brock said he prioritizes treating every concert attendee with love and compassion, aiming for attendees to be fed spiritually and physically. Brock noted that the goal is to plant seeds in the community, whether that be through the dinner, music, or fellowship.

Josh Wagner, 45, works alongside his wife, Donicka Wagner, through their organization, His Table Ministry. Wagner prepares the free dinners offered at the Unchained Summer Concert Series, with the menu changing each month. Wagner said some menu items at the concerts have included pulled pork, hamburgers, hot dogs, and crawfish. Wagner said he's involved in the series because he's focused on sharing the gospel.

Wagner said through the event he's seen families restored, law enforcement come together to celebrate with the community, and seeds being planted. Wagner added that he and his wife always prepare the best food they can, treating the free meals at the concert as though they were preparing the food to cater for any other event.

"I try to tell people when they ask, 'How does this happen? Where does it come from?' and I simply tell them, 'It's manna from Heaven,'" Wagner said.

The Unchained Concert Series takes place the third Saturday of each month at Town Hole in Anderson when the weather is fit for outdoor activities. The event is completely free, with all community members welcome to attend. 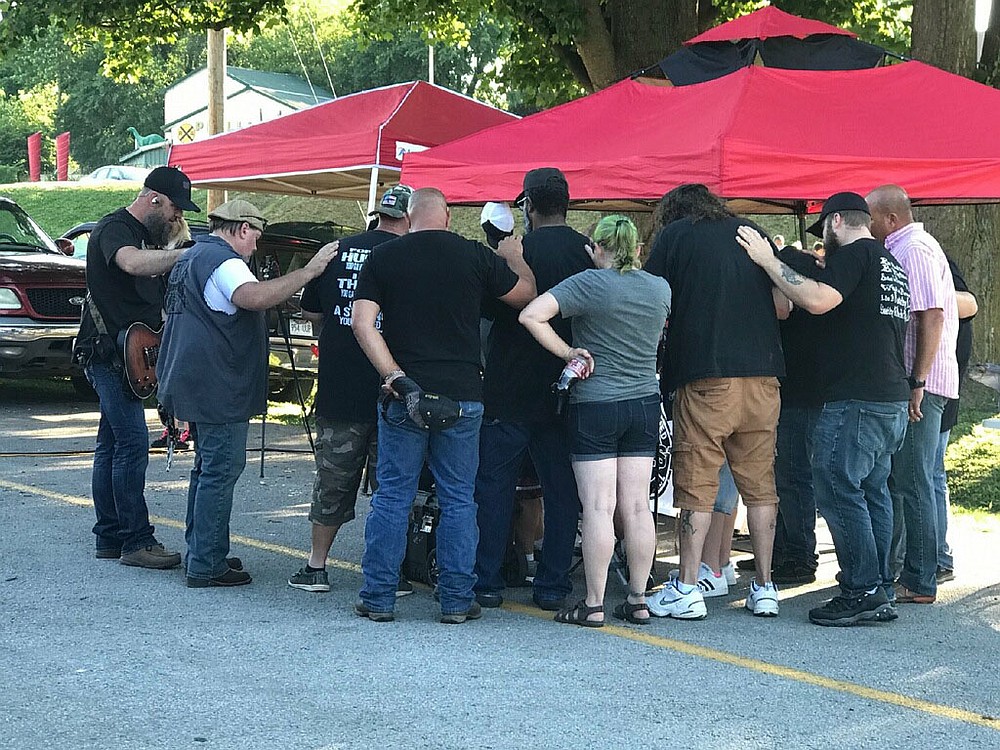 COURTESY PHOTO Photo from previous Unchained Summer Concert showing a group praying together. The goal of the event is to glorify God and share the gospel. 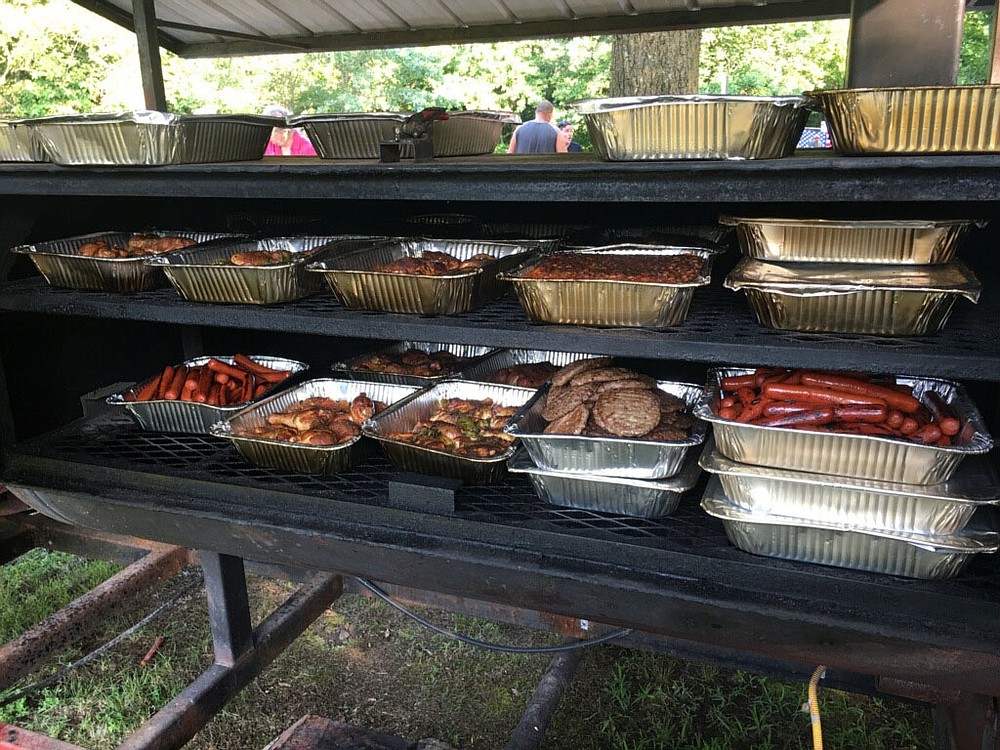 COURTESY PHOTO Photo from previous Unchained Summer Concert showing some of the food to be served to concert attendees. All meals at the concert are completely free, dinner is always served at 6:30 p.m.