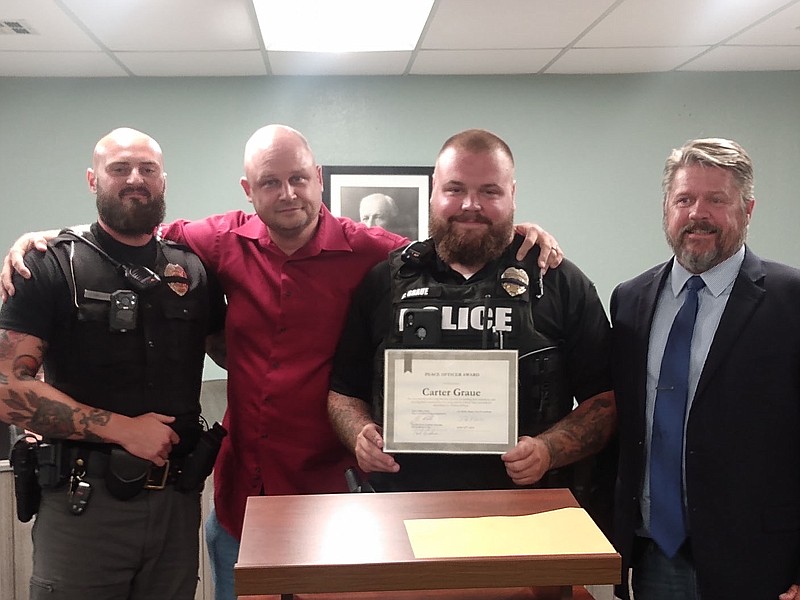 GOODMAN, Mo. -- Officer Carter Graue with the Goodman Police Department was compelled to serve his community in a special way after answering a standard call for service and interacting with a young man from his jurisdiction recently.

Graue responded to a disturbance and, while at the property, encountered an inspiring 13-year-old boy.

During the course of their conversation, Graue connected with the boy. Understanding the struggles of adolescence, Graue said the boy's words weighed heavy on his heart.

Over the course of the next few weeks, Graue continues to show up, speak with the boy and serve as an unbiased mentor. On one of these visits, the boy mentioned that he had never owned anything and wished for a bicycle to call his own.

Graue was moved to action. He promptly sourced a secondhand bike, made sure it was in road-ready condition and gifted the bike to the wanting boy.

Graue says he was excited to deliver the bike and, on arrival, the boy was ecstatic over the act of kindness.

Paul Buckner became aware of this generosity and recognized Graue during the Goodman City Council meeting last week. Buckner is a law enforcement chaplain and founder of Southwest Missouri's Adopt-A-Cop program. He presented Graue with the first Peace Officer Award, "for not merely enforcing the law, but for exceeding that standard, and serving the community in a way, and to a level, that can only be described as a Peace Officer."