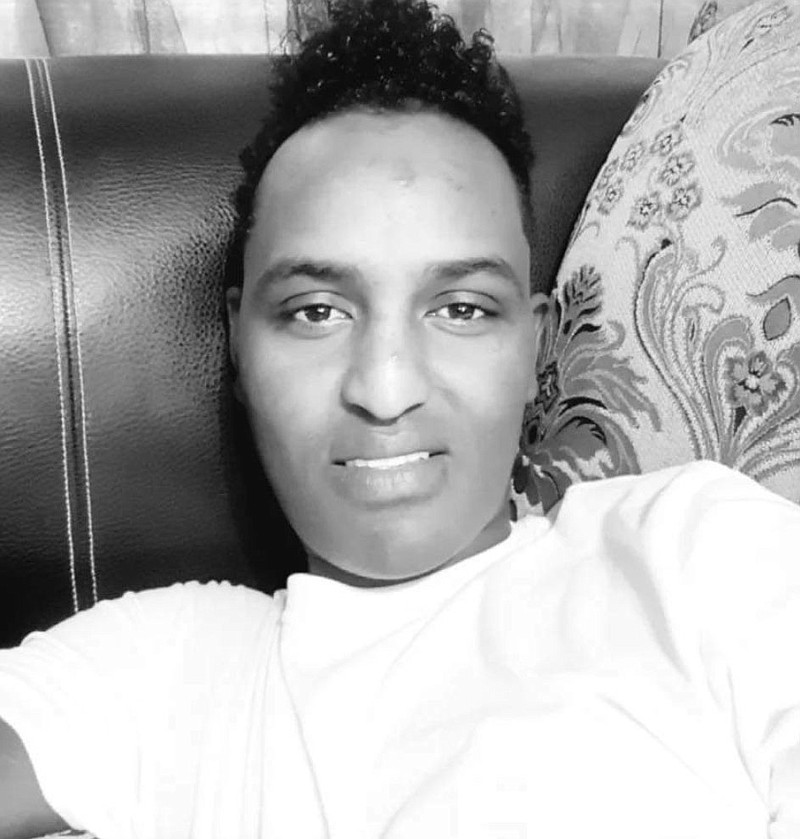 Courtesy Photo Abdinasir Hussein Mohamed, 29, pulled a woman from a fire on Dec. 28, but later died in a Tulsa, Okla., hospital. The Somali citizen, who came to Noel by way of a visa, left behind South Africa for a better life in the United States.

Abdinasir Hussein Mohamed, 29, died a hero. The Somali citizen, who came to Noel by way of a visa, left behind South Africa for a better life in the United States.

The young man worked hard, involved himself in the Noel community -- and pulled a woman from a fire on Dec. 28. That would be his last act of kindness.

Mohamed died in a Tulsa, Okla., hospital, after reportedly experiencing severe burns on 70 percent of his body. Reports say he was life-flighted to the hospital but passed away last week.

Community liaison Abdulkadir Abdullahi remembers helping the new arrival when he first came to Noel. The young man was hired as a team member on the second shift at Tyson's in Noel. He was able to obtain a driver's license, got his first car from Crain Motors in Bentonville and became involved in the community, Abdullahi said.

Helping people and making connections throughout the community is important for Abdullahi. So, as Mohamed's mentor, he was very proud when Mohamed earned his CDL and became a truck driver. Abdullahi helped him during his first training session with CFI in Neosho.

Abdullahi is nearing a decade of serving as a community liaison. As a mentor for the Somali and Sudanese people in Noel, he spent nine years, living in McDonald County with his wife and children and helping the community. Though he recently moved to New York during the pandemic to work there, he still serves in his capacity.

His work as a liaison is a job for which he says he is available 24 hours a day, seven days a week.

Through his connections, friends and family, Abdullahi keeps in close contact with those in the Noel community. He also keeps in contact with Mohamed's family and friends in the United States and other locations.

It was through family and friends that Abdullahi learned that the young truck driver parked his truck in Kansas City, and traveled to Noel during the night, Abdullahi said.

"When the fire started, he woke up Ms. Ayann, the owner of the African store's daughter," Abdullahi said.

Mohamed's death is tragic, Abdullahi said. At just 29 years old, Mohamed's life was cut short. "What a loss!" he said.

Knowing Mohamed's character and willingness to help, Abdullahi said he isn't surprised that Mohamed would rescue someone from a fire. "What I know for sure, Abdinasir, he was a good man," he said.

A fundraiser to rebuild a Noel mosque destroyed by a fire on Dec. 28 continues to gain momentum.

Donations now total $83,000 in the social media campaign, which is an effort of the Islamic Society of Joplin, the Muslim community in Noel and the Bentonville Islamic Center in Arkansas.