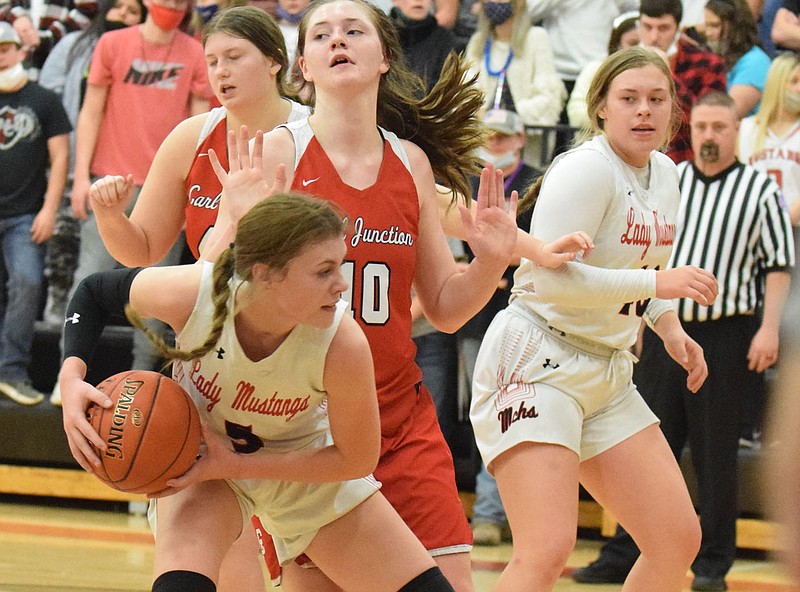 The Carl Junction Lady Bulldogs trailed McDonald County 3-2 early in the first quarter but closed out the period with a 21-0 run to take a 23-3 lead by the end of the period on the way to a 60-24 win on Jan. 4 at MCHS.

"They are good," said coach Sean Crane. "We started out OK, but we couldn't score. When we couldn't score, we got a little frustrated. Honestly, after that, we never played that bad. There were about five minutes of the game that just killed us. I know it sounds weird, but we are progressing. We are getting better. We are playing some tough people, but we are getting better."

Carl Junction stretched the margin to 42-14 at halftime and to 56-24 after three quarters.

Kristin Penn scored nine points and Adasyn Leach had seven to lead McDonald County. Rounding out the scoring for the Lady Mustangs were Sydney Killion with four points and Nevaeh Dodson and Kloe Myers with two points each.

McDonald County falls to 3-7 entering its Jan. 7 game against Hillcrest at MCHS.

McDonald County claimed a 34-30 win in the junior varsity game.

Abigail Wiseman led the Lady Mustangs with nine points, followed by Katelyn Townsend and Kloe Myers with six points each, Anna Clarkson five, Nevaeh Dodson, Megan Elwood and Regan Myrick two each and Carlee Cooper and Ebenee Munoz one each.

McDonald County added a 32-26 win in the freshman game. 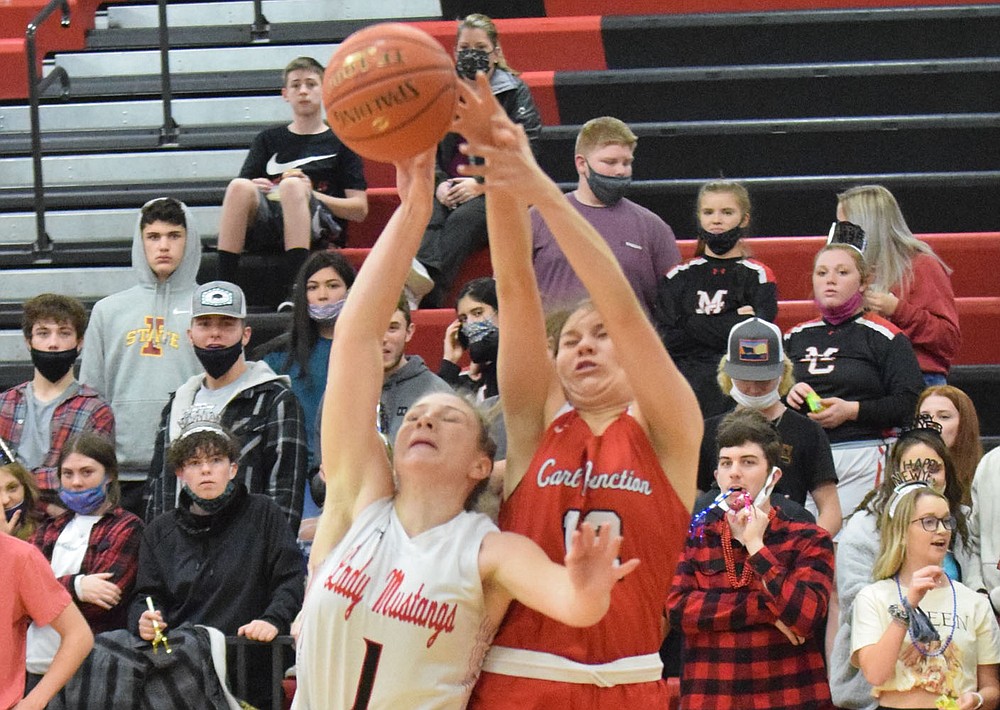