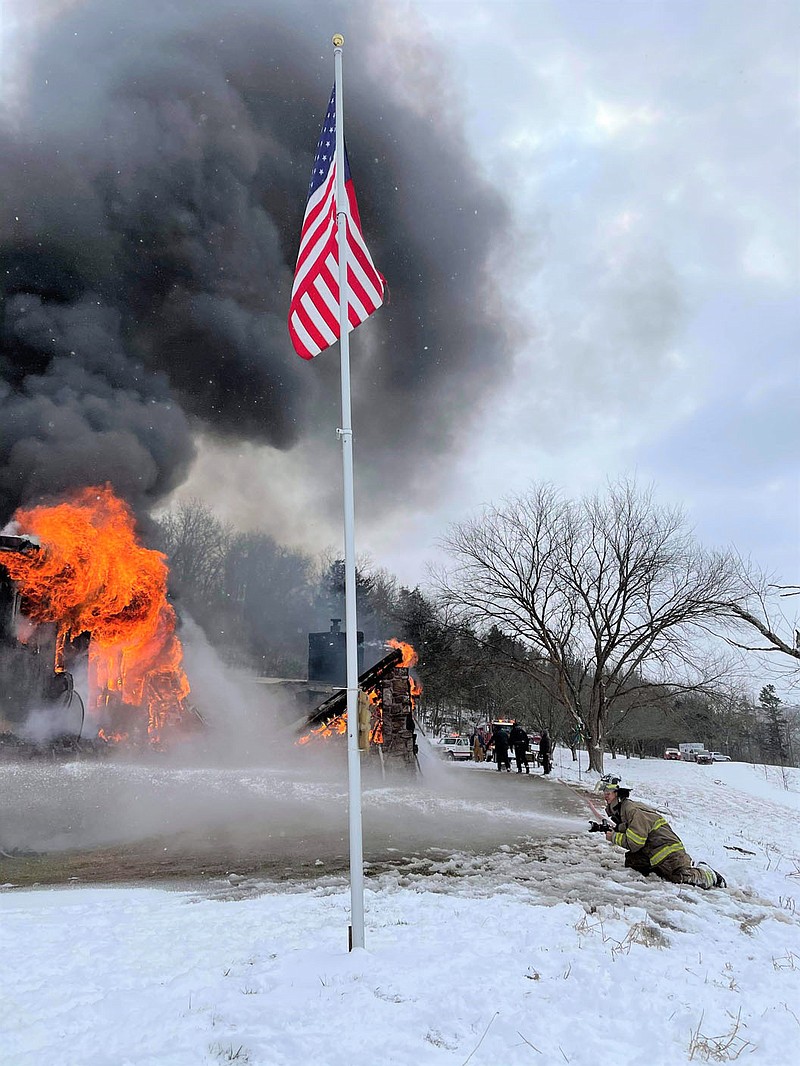 The cause of the fire could not be determined because the structure was too destroyed, he added.

"Personnel did what they could, despite the cold weather," he said.

Pineville mayor and Pineville assistant fire chief Gregg Sweeten said crews responded quickly to the fire. Firefighters braved the freezing temperatures to fight the fire, he said, but the house was a total loss.

Nichole Huntley has launched an online fundraiser for her parents, Donna and Jim Huntley, who lost their home and their cars.

"They have a long road to recovery but have a strong army behind them," she posted. 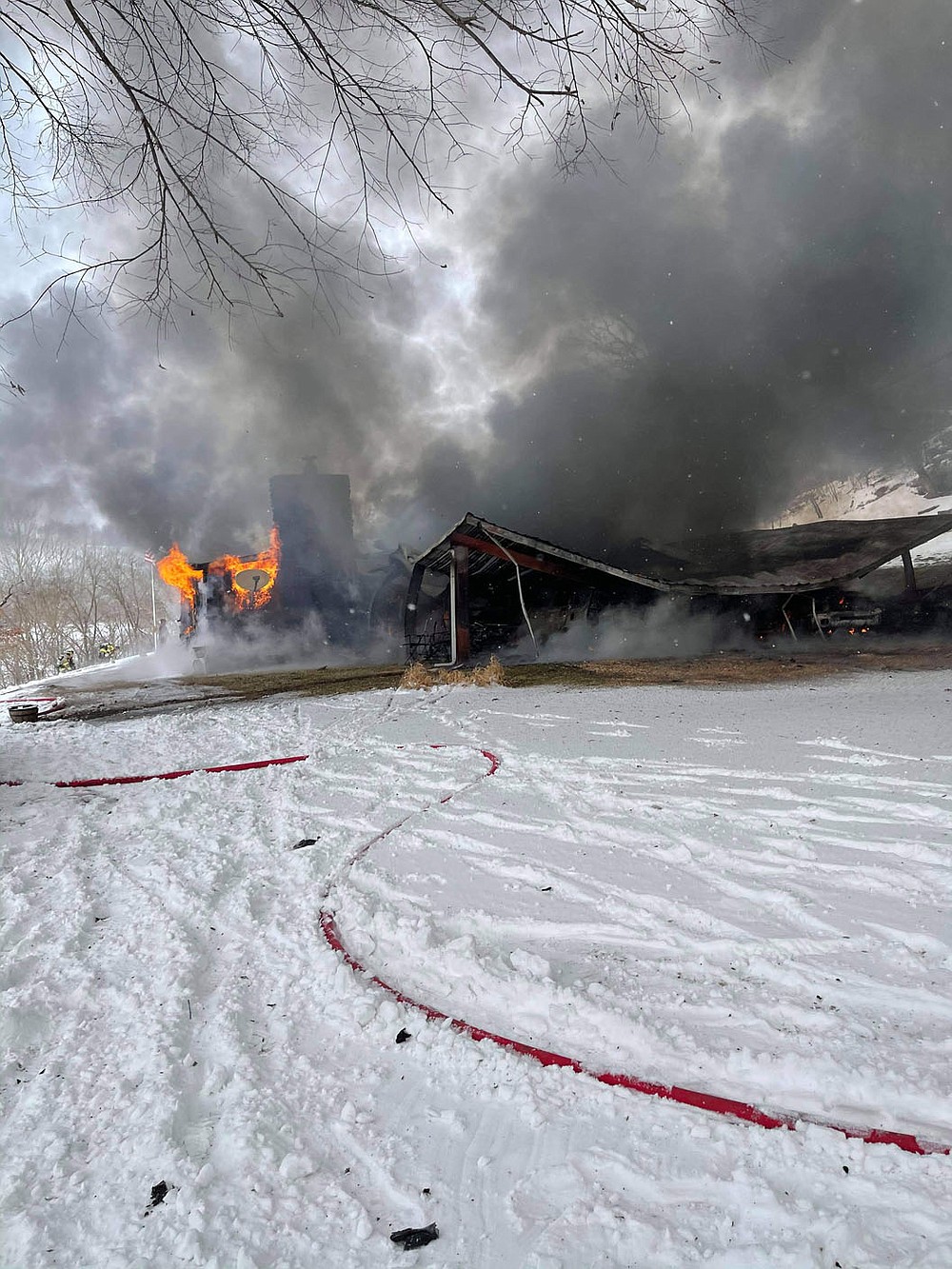 Courtesy photo/Special to the McDonald County Press A house that caught fire on Little Missouri Hollow on Monday afternoon has been deemed a total loss, said White Rock Fire Department Chief Jason Bowman. Cause of fire could not be determined because the structure was too destroyed, he said. 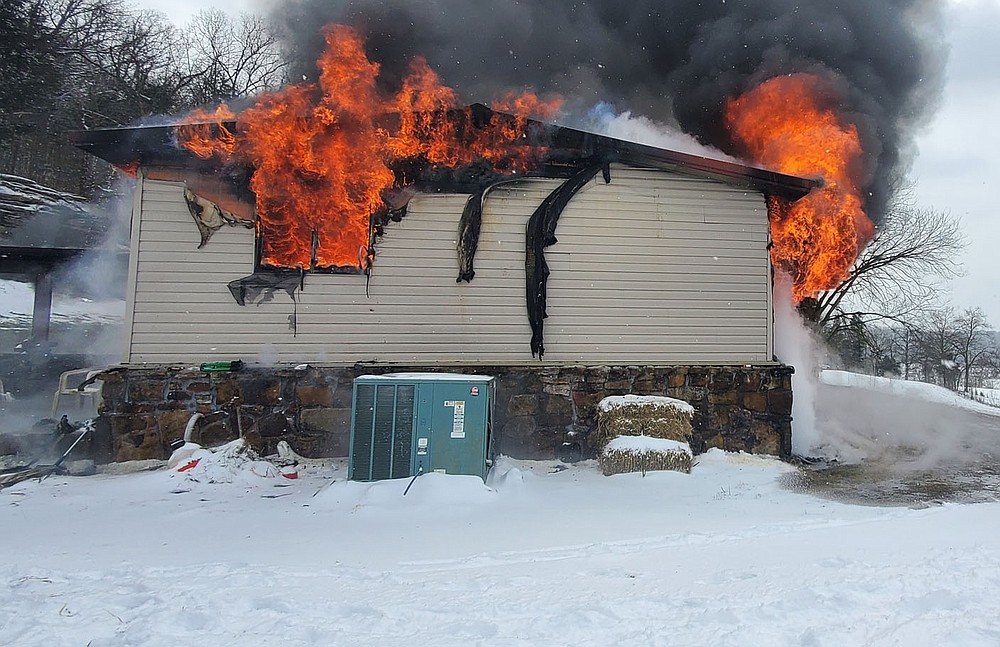