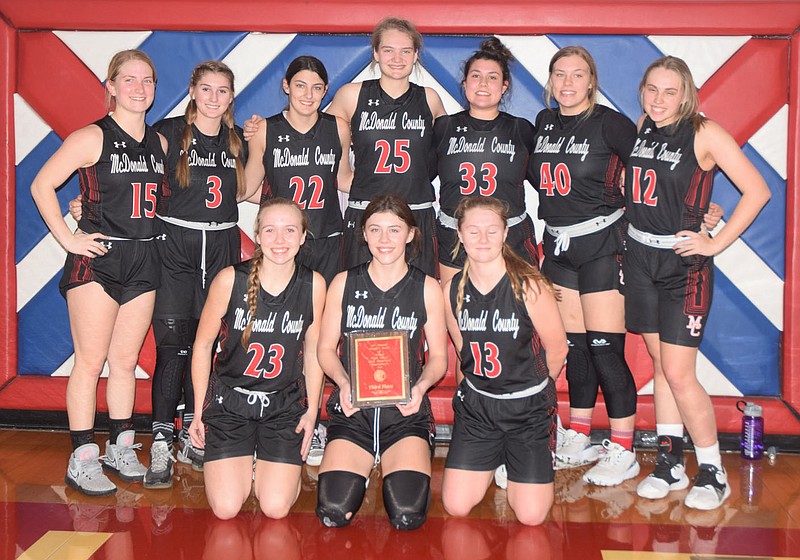 McDonald County scored the first seven points of the game and never trailed on the way to a 40-22 win over Purdy in the third-place game of the 10th Annual Seneca Ladies Varsity and JV Tournament on Feb. 6 at Seneca High School.

McDonald County led 10-5 at the end of the first quarter and stretched its lead to 20-9 at halftime behind back-to-back three-pointers by Carlie Cooper.

Samara Smith scored six points off offensive rebounds in the third quarter to give McDonald County a 30-17 lead entering the fourth quarter.

"We came out and did what we were supposed to do," said coach Sean Crane. "We obviously wished we were playing for first, but we came here and did what we needed to do. We started playing better defense in the second half. Our defense is kind of everything for us."

Smith finished with 10 points to lead McDonald County, followed by Cooper and Abigail Wiseman with six each, Sydney Killion, Reagan Myrick and Kristin Penn four each, and Nevaeh Dodson, Megan Elwood and Adasyn Leach two each.

McDonald County improves to 10-10 for the season, including a league-leading 3-1 record in the West Division of the Big 8 Conference.

McDonald County travels to Nevada on Feb. 12 to close out its conference schedule.

The Lady Mustangs led just 19-17 after three quarters but used an 18-8 advantage in the fourth quarter to pull away.

Anna Clarkson scored 16 points, including nine in the fourth quarter, to lead McDonald County. Rounding out the scoring for the Lady Mustangs were Katelyn Townsend and Ebenee Munoz with seven each, Jacie Frencken with five and Natalie Gillming with two.

A week after suffering a 28-point loss to the Aurora Lady Houns, McDonald County and the Lady Houns were tied at 28-28 entering the fourth quarter of their pool game in the Seneca tournament.

Killion led McDonald County with 14 points, followed by Smith with nine points, Leach four and Elwood and Cooper three each.

The Lady Mustang junior varsity defeated Aurora 41-24 to advance to the championship game.

McDonald County was led by Munoz with nine points followed by Analisa Ramriez with eight.

McDonald County built a 26-19 lead after three quarters, but had to survive a Joplin fourth-quarter rally to claim a 36-35 win on Feb.1 in the opening round,

The Lady Mustangs led 12-8 after the first quarter and stretched the margin to 23-14 at halftime.

Leading by seven entering the fourth quarter, McDonald County escaped with a one-point win after Joplin outscored the Lady Mustangs 16-10 in the quarter.

Carlie Cooper and Megan Elwood both scored eight points to lead McDonald County. Rounding out the scoring for the Lady Mustangs were Samara Smith with six, Kristin Penn five, Reagan Myrick and Adasyn Leach three each, Kloe Myers two and Sydney Killion one.

McDonald County added a 35-23 decision over the Lady Eagles in the junior varsity tournament. 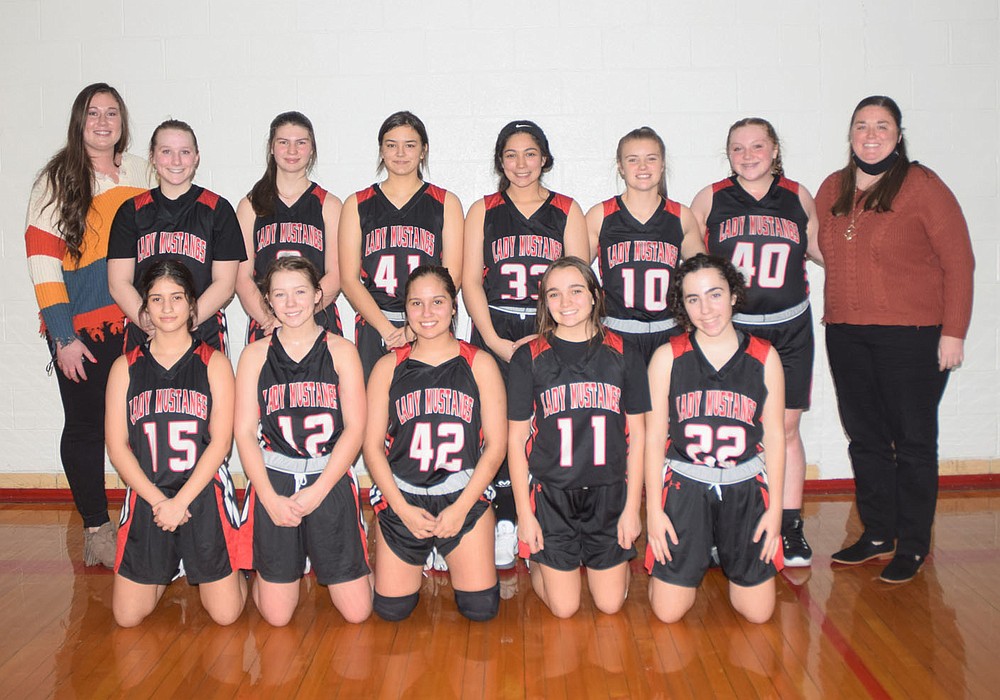