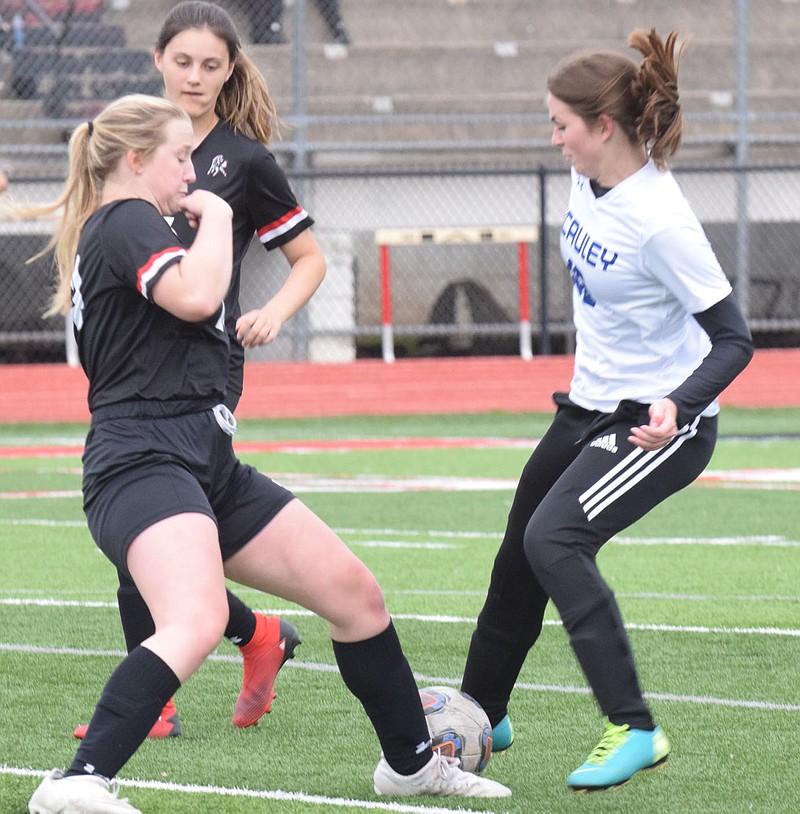 The McDonald County High School girls' soccer team celebrated its first win of the season on April 19 with a 3-0 win over Pittsburg, Kan., at Pittsburg High School.

McDonald County took a 1-0 lead in the match when Anna Clarkson scored her second goal of the season.

A short time later, Mireya Sebastion scored to give McDonald County a 2-0 lead at halftime.

Sebastian added an insurance goal in the second half to make the final 3-0.

"It was a good game," said coach John Delatorre. "Pittsburg is a new program, so we were pretty confident going in. I think that it helped knowing they were a team we had a chance against. We came out firing and scored two goals in the first half. It is good to get a win under our belts so the girls know what it feels like. They were all pretty excited. They have responded well and had a good week of practice since then."

Joplin McAuley claimed a 5-0 win over the Lady Mustangs on April 22 at McDonald County High School.

The Lady Mustangs traveled to Joplin on April 26 before returning home to host Cassville on April 27 and Marshfield on April 29. 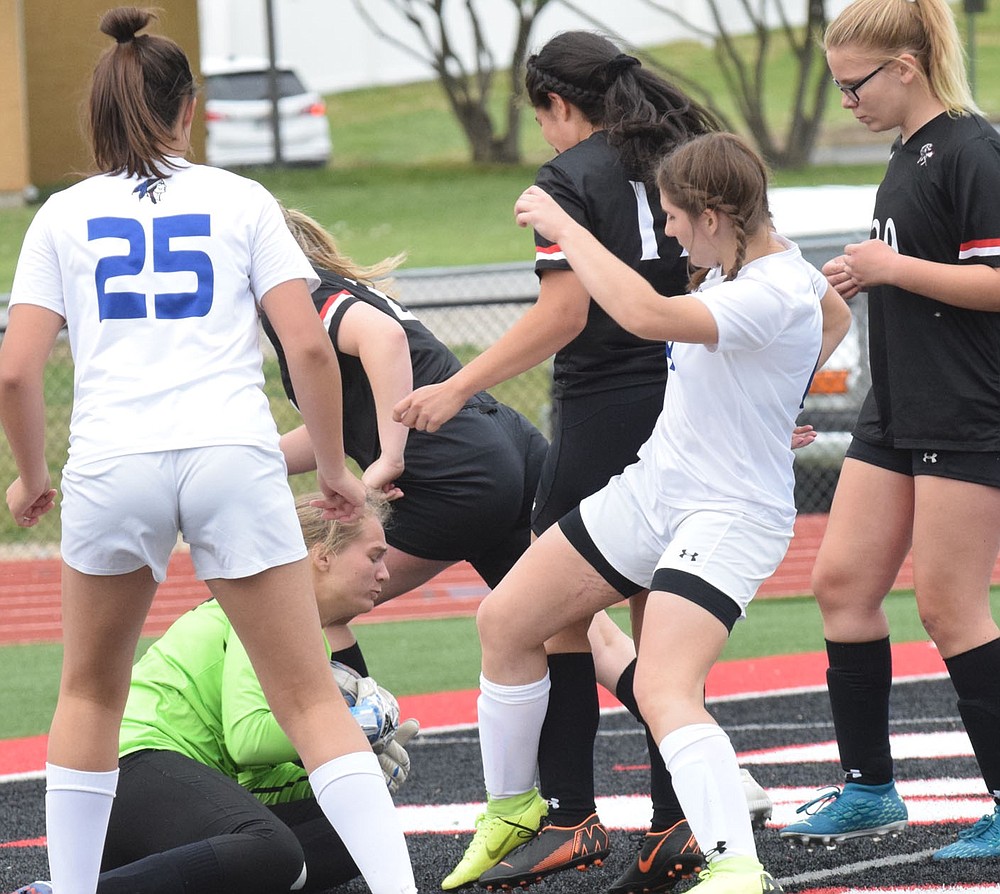 RICK PECK/SPECIAL TO MCDONALD COUNTY PRESS McDonald County goalie Samara Smith comes up with a save despite all the traffic in front of the net during Jolpin McAuley's 5-0 win on April 22 at MCHS.
ADVERTISEMENT