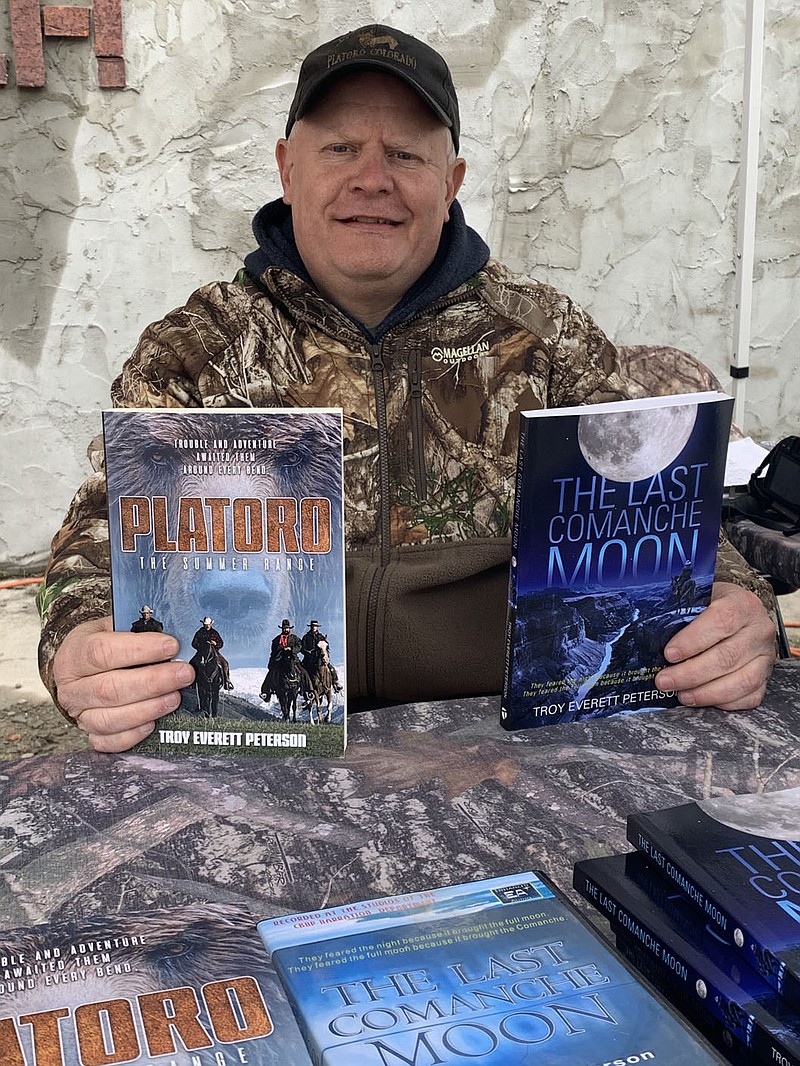 SALLY CARROLL/SPECIAL TO MCDONALD COUNTY PRESS Western author Troy Everett Peterson enjoys writing plot twists in his interesting tales, set in the Wild West. The McDonald County resident and his family owned a resort in Colorado for 20 years, where he gained first-hand ranching experience that ignited his interest in writing.

Troy Everett Peterson's sickness kept him bedridden. He longed to pull himself out of bed, feel better and do something productive.

The years-long malady of Lyme's Disease left him exhausted. He spent 250 days a year in bed. He finally pleaded with a higher power to send him on a mission.

"I give the Lord credit," he said. "I prayed for Him to give me something to do. I prayed that He would give me a story."

Today, some of Peterson's critics call his work reminiscent to work by Louis L'Amour and Zane Gray.

The Powell resident draws from his own interests, conducts painstakingly time-consuming research and writes to entertain and inform.

"I enjoy writing," he said, from his booth at a recent Farmers Market. "I set the character on the ground, and then I start doing research."

Not Deterred By Illness

Peterson and his family used to farm in Joplin, then moved to Colorado and operated a resort for 20 years.

That western setting inspired him. He rode with ranchers, and those local cowboys motivated him to pen some tales.

"I go with the ranchers and camp, and videotape. My research is in-depth."

Each fall, Peterson spends a month, conducting research for his projects. He also gathers input from those ranchers, to make sure his writing is on-point, accurate and weaves some interest.

"If the book doesn't pass with the local ranchers, it's not good enough," he said.

Unlawfulness, the Wild West and some plot twists are all part of his writing. To date, Peterson has five books, including his latest, "Platoro," which means silver and gold in Spanish, he said.

The book's premise: a cattle outfit faces outlaws and various challenges in this "story of faith, friendship, love and redemption wrapped in an exciting adventure."

Peterson's works, "The Summer Range," "The Last Comanche Moon" and "Platoro," are available online through Amazon and Barnes & Noble.

Reviewers of "The Summer Range" said the book is rich with plot twists, weaves a tale of suspense and challenges, while featuring first-hand knowledge about hard cattle drives.

His audio CDs are popular with truck drivers, who enjoy a good western story as they drive, he said.

In addition, Peterson has penned a children's book, which is professionally illustrated.

"Platoro" -- just released in January -- tells the tale of Cole Harden, who herds the cattle to the summer range and the remote gold camp of Platoro. There, they encounter a dangerous grizzly, a dead miner, and an ominous gang of gold-greedy outlaws. "Cole is determined to protect the brand and bring the men and cattle home safe at any cost," the book jacket reads.

Synergy Pictures is currently looking at his most recent work, which he hopes will make it to the big screen. His recent work was set in Ghost Ranch, just north of Santa Fe, New Mexico, known for its natural desert beauty that beckons all who travel through it.

Peterson's 14-year-old health struggle has -- ironically -- catapulted his writing to a new pinnacle. His health has improved, he exercises and he's motivated to keep writing. "I take advantage of my good days," he said.

He hopes his work will keep readers embracing the Wild West. And he hopes that he'll keep being inspired by a heavenly spirit to share interesting characters in a plot-twisting book. "I would love for one to be made into a movie," he said. 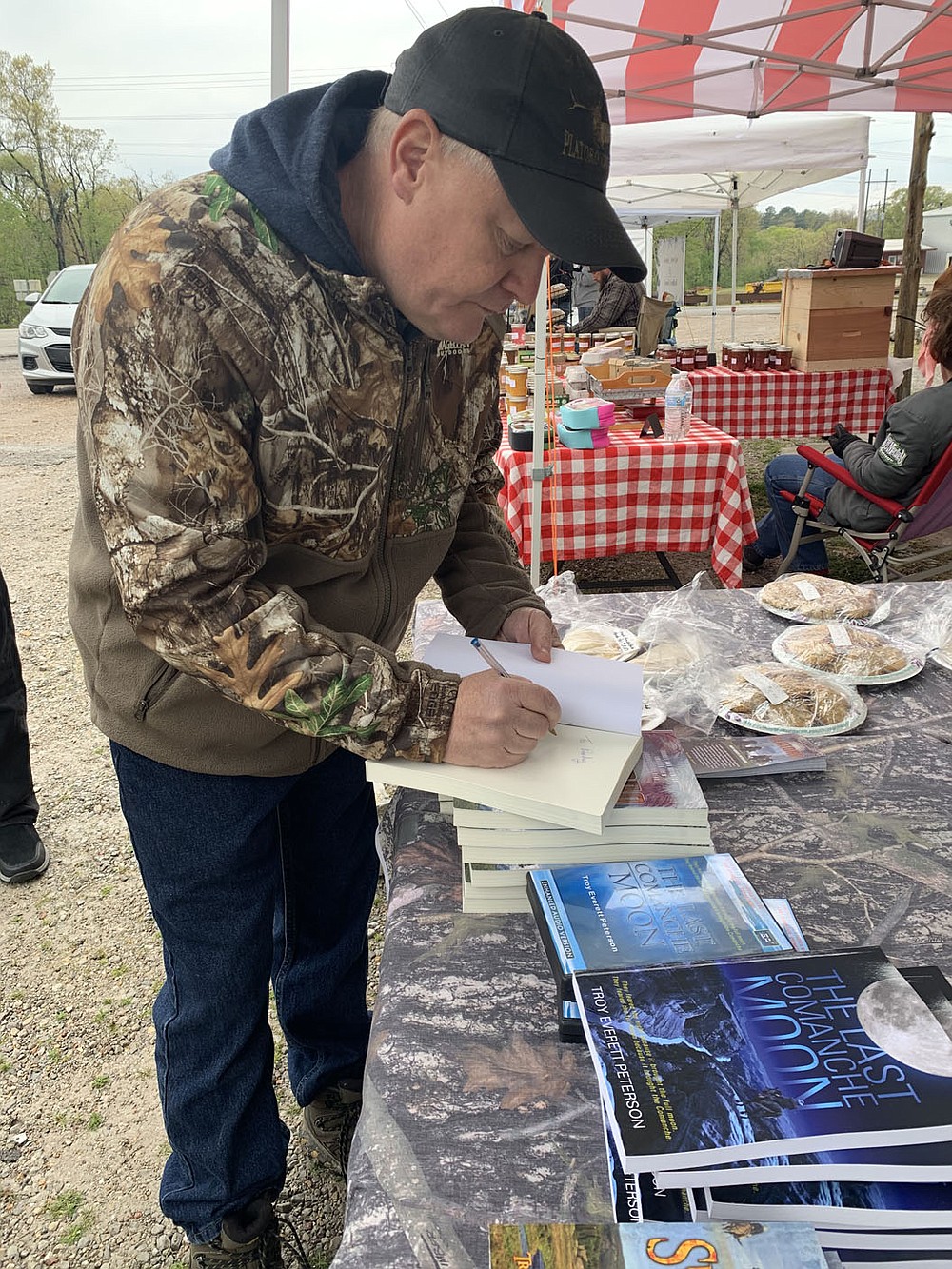