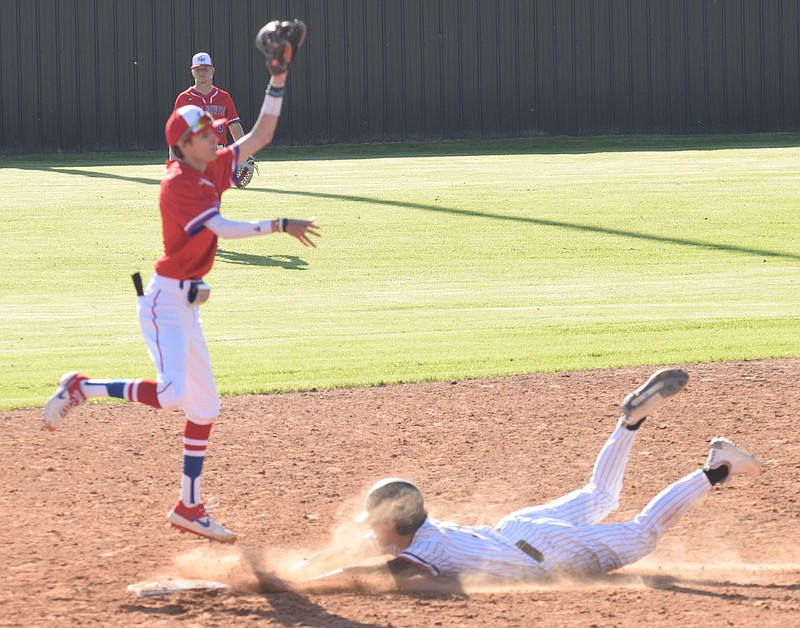 Weston Gordon and Levi Helm combined to shut out Cassville on two hits and were backed by a season-high 16 runs in McDonald County's 16-0 win on April 22 at Cassville High School.

Gordon went the first three innings, allowing two hits while striking out four and walking two. Helm retired six of the seven batters he faced, including two by strikeouts.

"Weston has been good for us all year," coach Kevin Burgi said. "I think he is 5-2 now. He came in and did what he needed to do. I was really encouraged by Helm coming and getting six outs. He has come a long way and I am proud of him plugging away and working through some stuff. Here he is now on the mound when it is coming down to crunch time."

The Mustangs scored two runs in the first, one in the second, two more in the third and then blew the game open with five runs in the fourth and six in the fifth.

Helm not only pitched two hitless innings, but the junior right-hander also homered for the second game in a row and finished with two hits and three RBIs.

Martin, Helm and Cross Dowd had two hits and we stole seven bases," Burgi said. "That doesn't include balls in the dirt when we got really good reads and were able to advance."

The win improves McDonald County's record to 11-9 overall, including a 3-1 mark in the West Division of the Big 8 Conference. The Mustangs hosted Seneca on April 27 and will also play Hollister at MCHS on April 29.

Ethan Francisco, Rylee Boyd and Gordon limited East Newton to one run on two hits to lead McDonald County to a 10-1 win over the Patriots on April 19 at MCHS.

Francisco went the first three innings, shutting out East Newton on two hits while walking two and striking out one.

Gordon followed with two and a third innings of hitless relief, but allowed a run in the fifth when the leadoff hitter struck out on a wild pitch and reached when the Mustangs failed to get him out at first. Gordon then walked a batter before Boyd came on and hit two batters before getting out of the inning.

"We wanted to 'whole staff' the game because, honestly, when we throw multiple guys we have more success," Burgi said. "The key is you have to have your pitchers accept their role. At times, I think that has been hard for them, but for the most part, they have done a good job and if they keep doing that, we are going to have success on the field. If you don't care who gets the credit, you are going to be pretty good."

Gordon finished with seven strikeouts and one walk, while Boyd struck out four and walked one in addition to the two hit batters.

East Newton's Dakota Walkers held McDonald County scoreless for the first three innings before the Mustangs took a 1-0 lead in the fourth inning.

Cross Dowd reached second on a two-base error, advanced to third on a passed ball and scored on a sacrifice fly by Helm.

The Mustangs took control of the game in the fifth when Helm hit a three-run homer to key a five-run inning,

"We plugged away and were out front and on our front foot a lot, but our kids finally adjusted to stay back," Burgi said. "Cole had two pretty big hits and Levi drove in five runs. When your three-hole hitter drives in five runs it means two things -- guys at the bottom of the order and the top of the order are getting on base and he is getting the job done when they are on base." 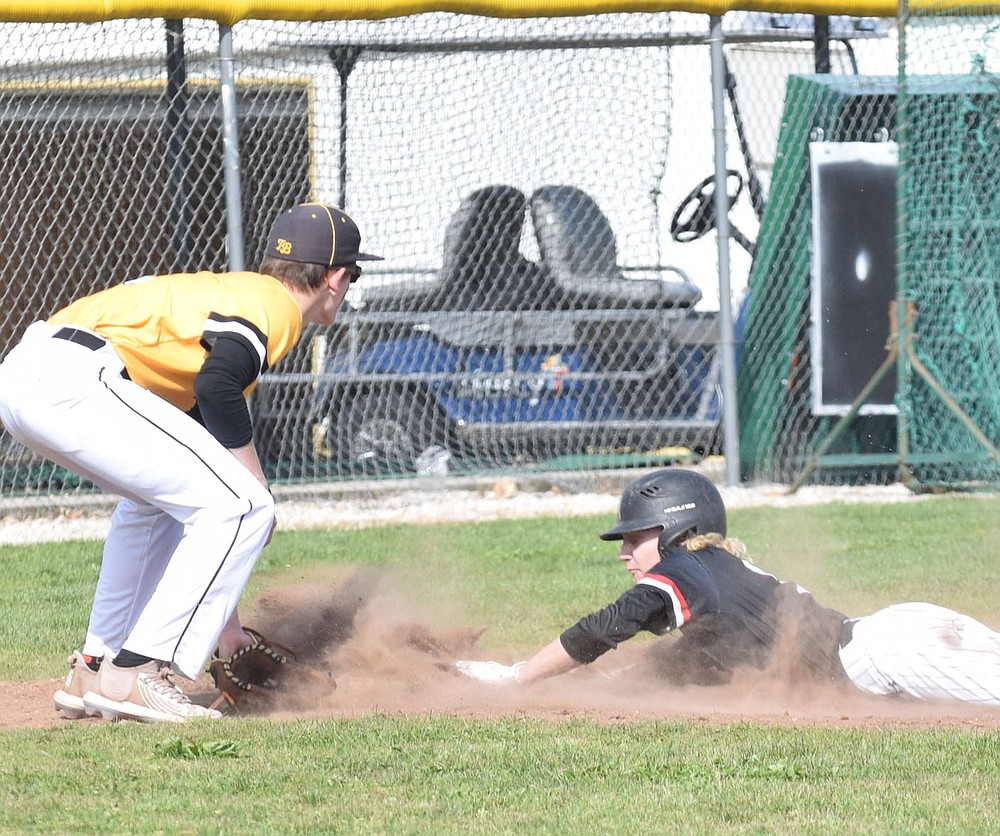 RICK PECK/SPECIAL TO MCDONALD COUNTY PRESS McDonald County's Wyatt Jordan slides headfirst into third base to beat the throw during the Mustangs' 16-0 win over Cassville on April 22 at Cassville High School.
ADVERTISEMENT