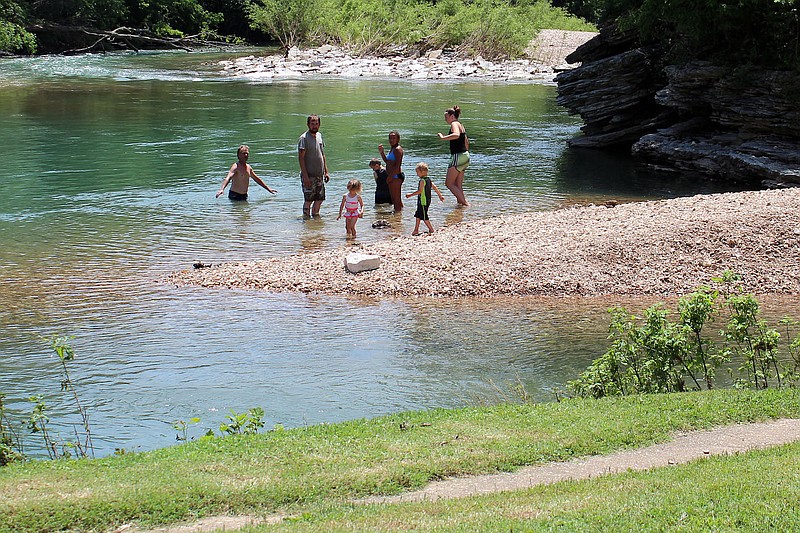 MEGAN DAVIS/MCDONALD COUNTY PRESS Many families took to the shores of Indian Creek to beat the heat on in 2019. Kids were swimming, splashing and squealing with excitement.

After a year off, Anderson's celebration of local heritage and the strawberry industry is returning on Saturday, May 22.

Festivities will begin with a high-energy donut-eating contest in Town Hole at 2:30 p.m.

A variety of vendors will be set up in the Town Hole parking area offering a wide selection of wares, including mouth-watering barbecue from local food trucks and eateries, woodwork home decor, arts, crafts, and of course fresh, local strawberries.

Bluegrass entertainment sounds off at 3 p.m. when Greenland Station takes the stage. The six-piece band began as three high school friends from Greenland Public School, south of Fayetteville, Ark., who would play together as a hobby. One of the founding members retired due to illness, but the group remains strong with two of the original founders and three additional musicians. Greenland Station puts a bluegrass twist on music from all genres. At their core, they are a "bluegrass band that doesn't stick to the rules."

At 4 p.m. The Finley River Boys will flood the speakers. The four-piece ensemble from Springfield is a high-energy, acoustic band that performs a variety of bluegrass, country, folk and gospel tunes. Four-part harmonies and intricate instrumental breaks provide a captivating experience.

The Little Miss Strawberry Pageant will grace the stage at 5 p.m. with precious little misses of all ages.

Musical performances will return at 6 p.m. with The Flyn' Buzzards. The five-piece band from Southwest Missouri plays a variety of music, including gospel, oldies rock and country with a bluegrass flare.

At 7 p.m. Possum Trot will entertain. The four-piece ensemble features banjo, bass, guitar and fiddle stylings. Established in 1977, the group has been jamming together for 44 years.

Spillwater Drive will take the stage at 8 p.m. and entertain the audience until curtain call at 8:45 p.m. The four-piece band delivers "hard-driving bluegrass music" from the Southwest Missouri/Northwest Arkansas area. 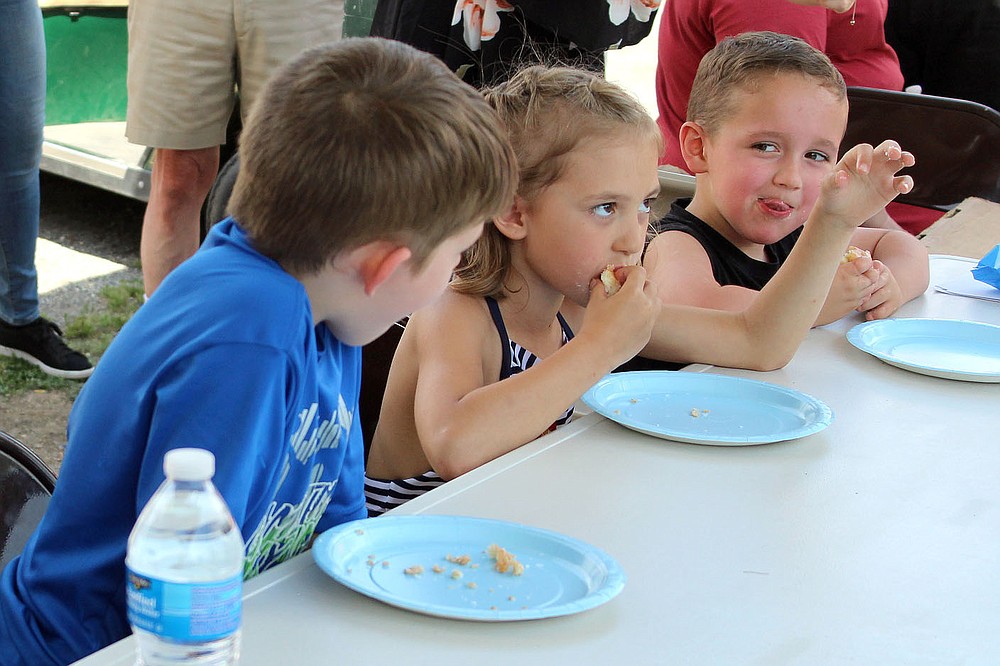 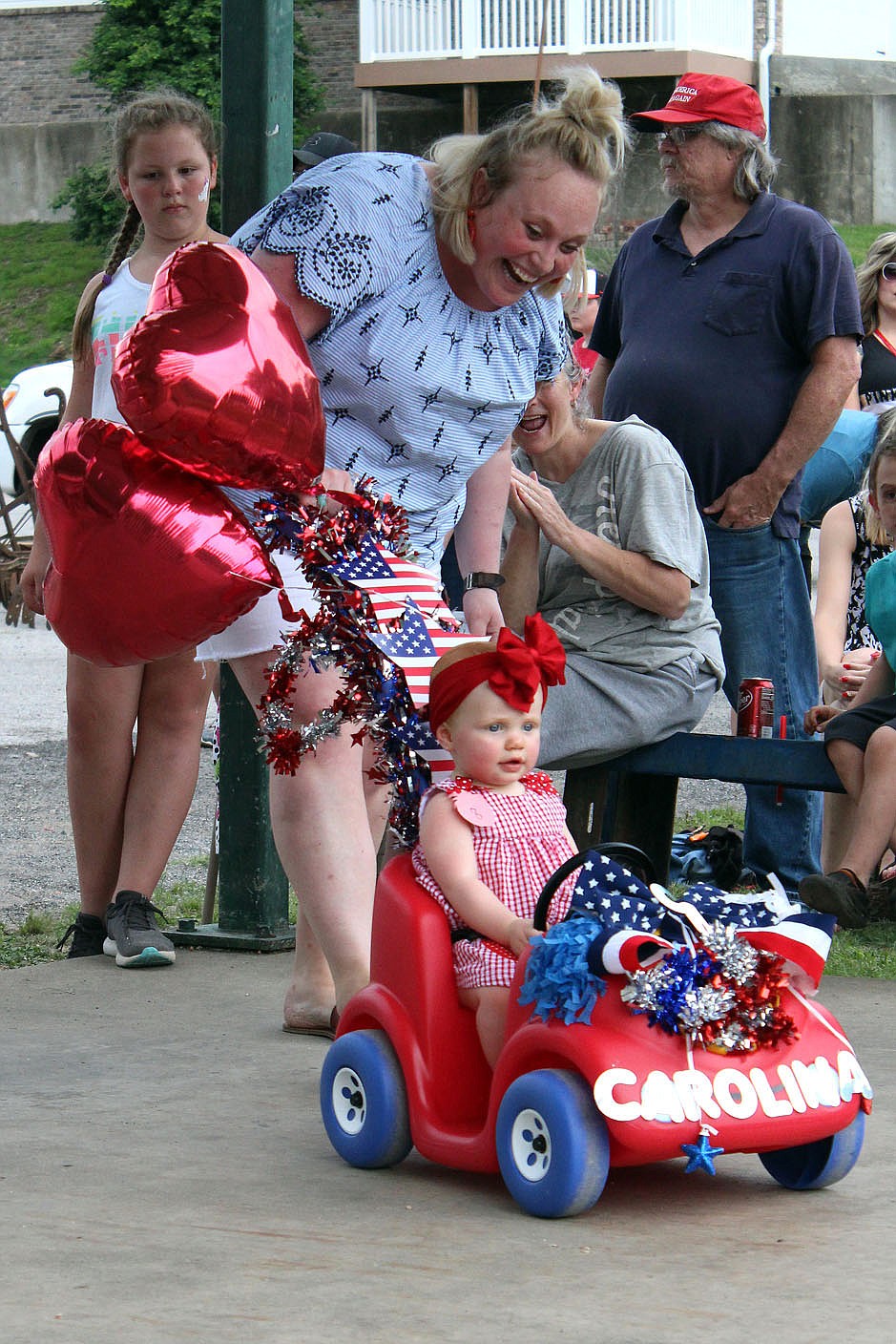 MEGAN DAVIS/MCDONALD COUNTY PRESS Carolina Lyster rolled into the 2019Little Miss Strawberry pageant in style with bows, balloons and plenty of patriotism. Lyster was named the first runner-up in the 0-2 years division. 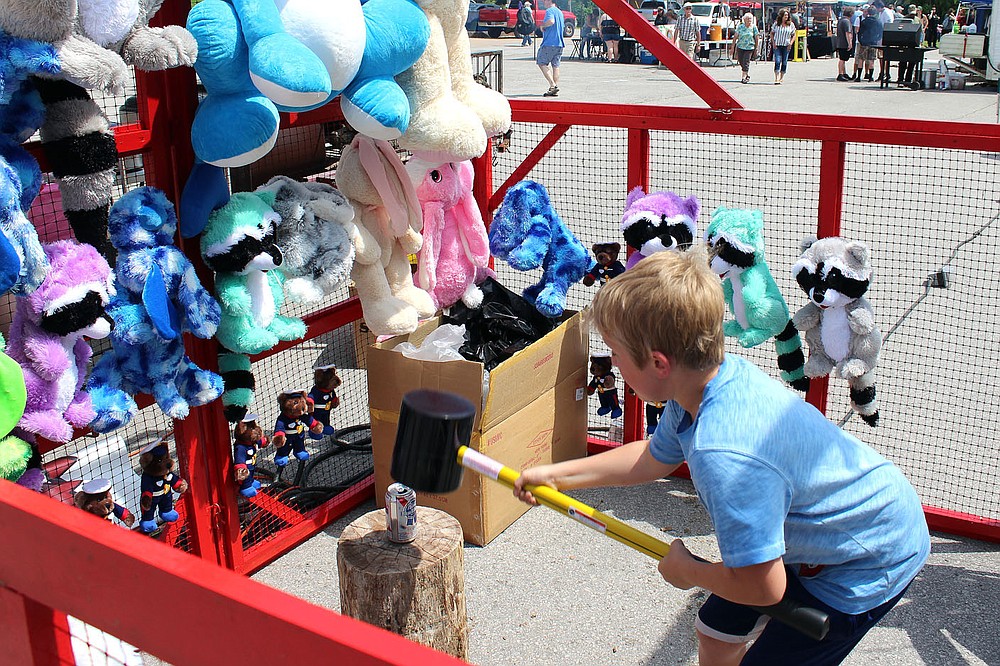 MEGAN DAVIS/MCDONALD COUNTY PRESS A young boy takes his chance at one of the game booths, attempting to smash a can with a heavy mallet in hopes of taking home a prize. 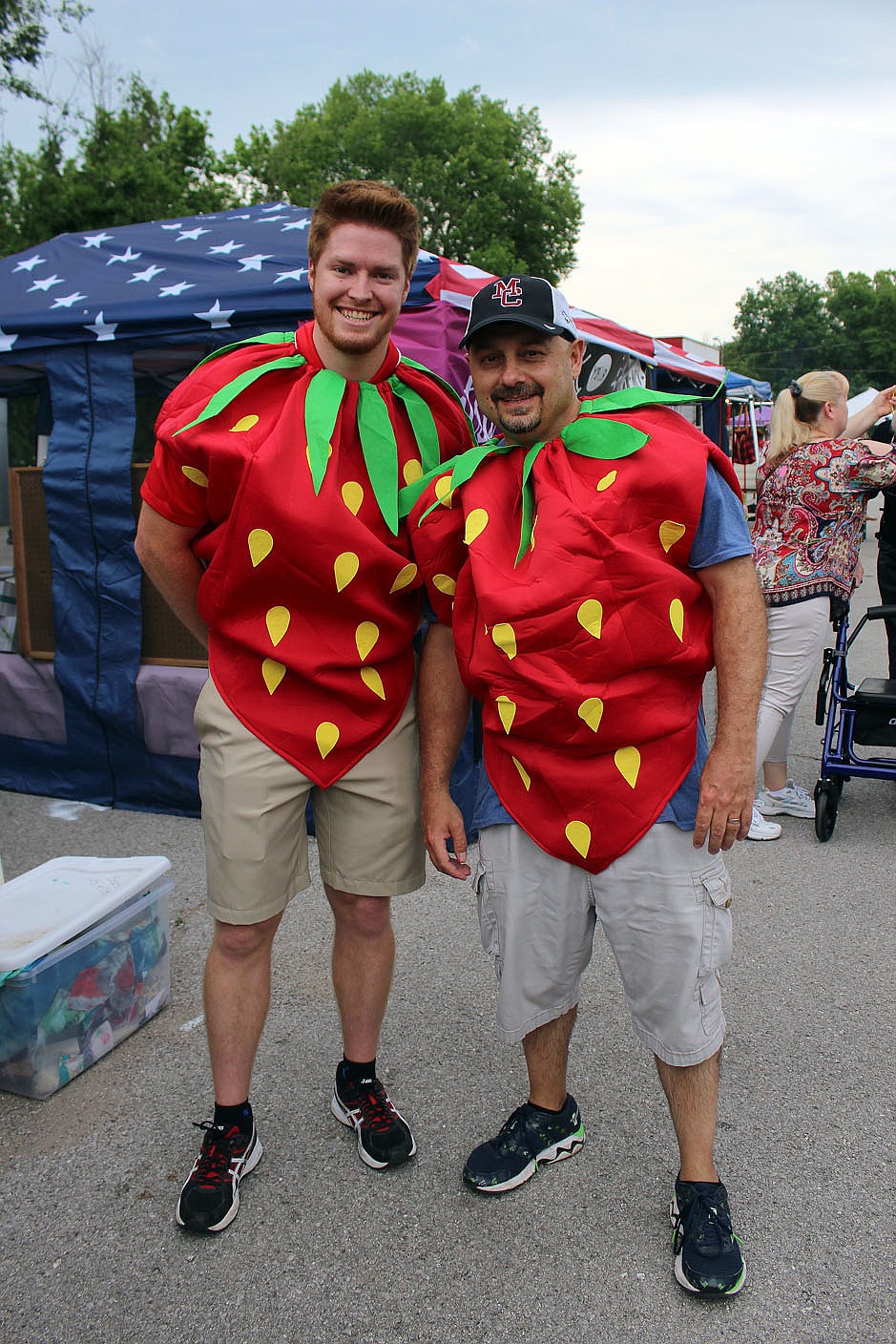 MEGAN DAVIS/MCDONALD COUNTY PRESS Despite there being no Little Mister Strawberry Pageant, Levi Stone and Gary Wasson dawned strawberry costumes and filtered through the crowd, entertaining spectators at the last festival.
ADVERTISEMENT