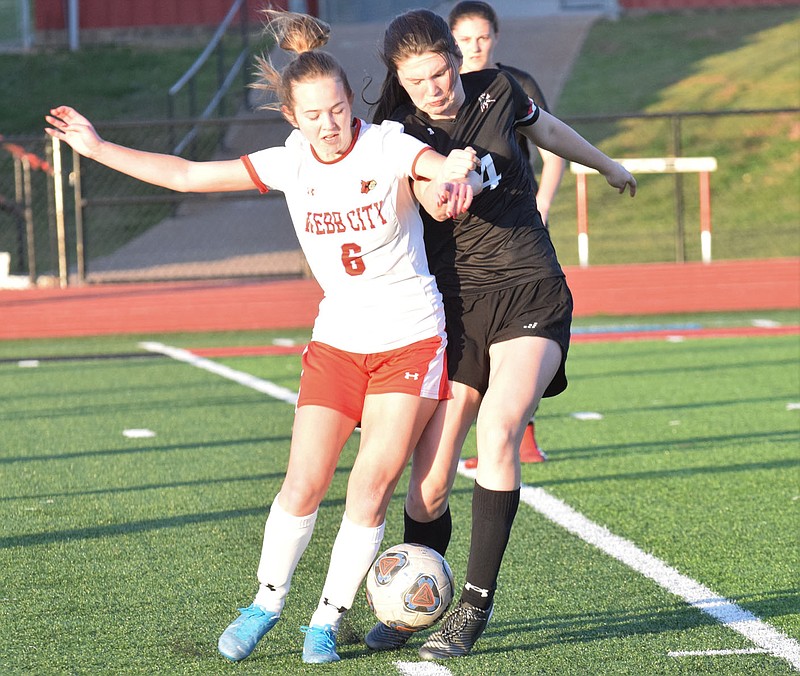 RICK PECK/SPECIAL TO MCDONALD COUNTY PRESS McDonald County's Anna Clarkson battles with a Webb City defender for control of the ball during the Lady Mustangs' 8-0 loss on March 26 at McDonald County High School.

The McDonald County Lady Mustang soccer team fell to 0-5 for the season with a pair of 8-0 losses last week.

New Covenant Academy of Springfield was the first to beat McDonald County. The Lady Warriors claimed an 8-0 win on March 23 in Springfield.

It took the Lady Cardinals almost 10 minutes to get on the scoreboard but, once they scored their first goal, five more first-half goals followed in quick succession.

Webb City's second goal came at the 27-minute mark, followed by goals at 19 minutes, 11 minutes, five minutes and three minutes of the first half to take a 6-0 lead at intermission.

The Lady Cardinals ended the game with second-half goals at 33 minutes and 31 minutes.

McDonald County hosts Willard on April 1, before the Lady Mustangs travel to Carl Junction on April 2. 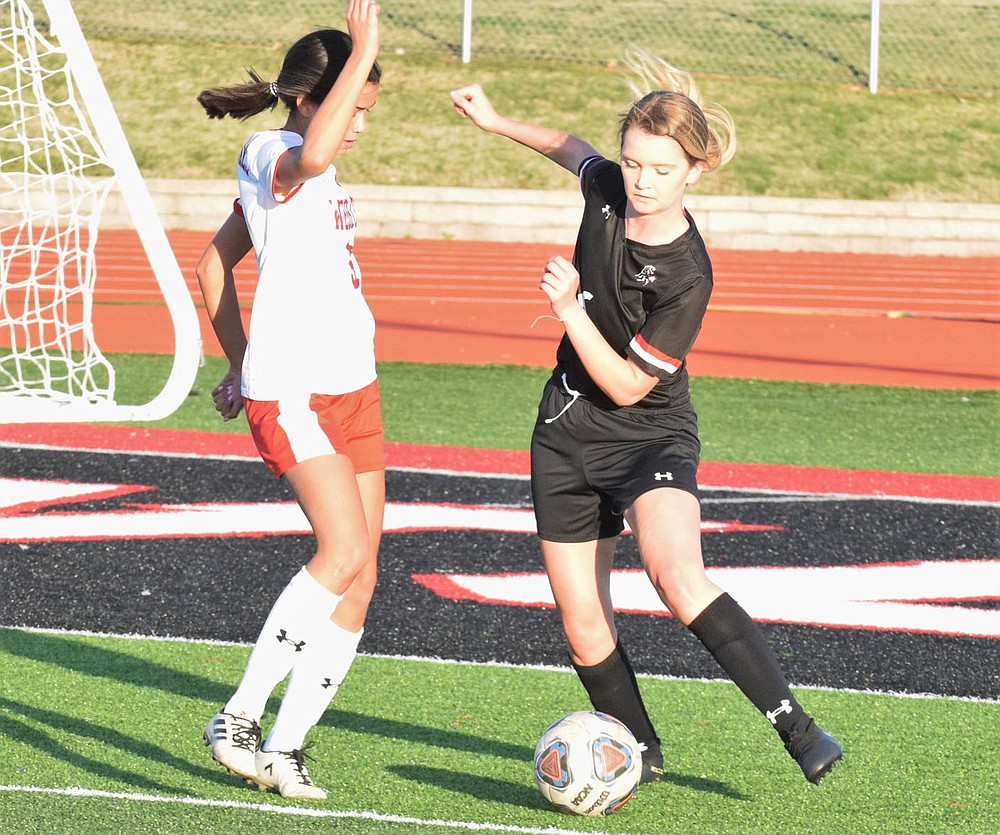