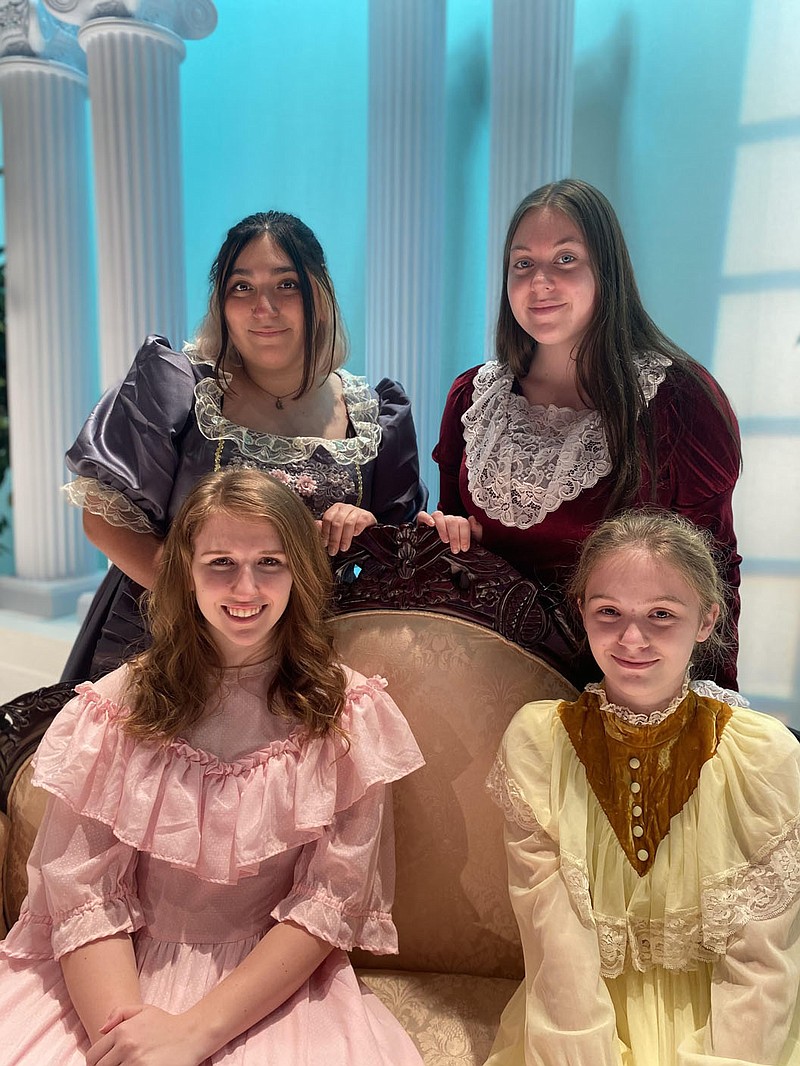 McDonald County High School Drama is set to open the world premiere of its original musical play adapted from Louisa May Alcott's "Little Women" on Friday, April 9, at 7 p.m., and Saturday, April 10, at 2 p.m. and 7 p.m. at the McDonald County Performing Arts Center, 100 Mustang Drive, Anderson. Tickets are available at the high school office and are $8 in advance or $10 at the door.

The musical production includes classic musical favorites. Anjelle Sampson, who plays Jo, sings "Bring Back My Father," "Dearer Than Life," and "After the Ball." Devin Swanson as Laurie will vocally entertain with "If you Were the Only Girl in the World," "Let Me Call You Sweetheart," and "L'Amour Toujours L'Amour." Kaitlyn Epling as Marmee, sings "Whispering Hope" and "Love's Old Sweet Song." Payton Nalley performs "Lavender Blue." David Burleson as Frank Vaughn laments with "Why No One to Love." Gunner Cooper as Robert Lincoln, wins the heart of his love with the song, "Do You Ever Think of Me." Hailey Staib as May Chester sings the dramatic "By the Sad Sea Waves." William Hawkins and Gabrielle Nalley are musical highlights as they perform "Song of Love," in the opera scene and the ensemble sings and dances to "Skip to My Lou," "In the Land of Wedding Bells" and "Vive la Compagnie."

The production will include dancers from Anderson Dance Academy choreographed by Shelly Capps, featured in the "Lavender Blue" and the opera scene.

The play is directed by Wyatt Hester, the musical director is Lisa Wallis, and the technical director is Graham Bunting. Tickets and handled by Tyler Davis and Holly Hamblin, and the house/stage manager is James Jackson.