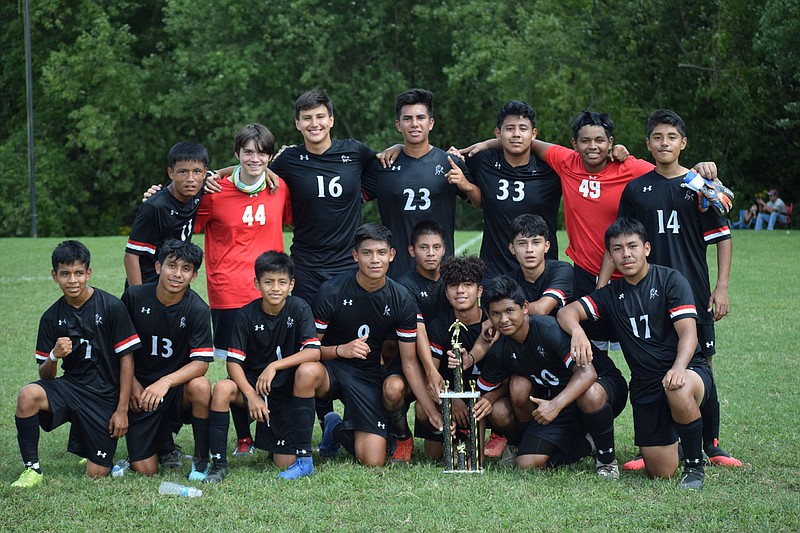 "In my first year, we got second and last year we played really well and scored eight goals and gave up two and ended up in third place somehow, so this year it feels good to finally win it," said coach John Delatorre. "The kids were ecstatic after the match. They are a close-knit bunch, so it is good to see them enjoy it together. We have a much younger, inexperienced side compared to last year, so it's good for them to get here and have some success under their belt. It will be good for their confidence going forward."

McDonald County controlled possession of the ball for the most part, especially in the second half.

Each team ended up taking eight shots, but the Mustangs had six corner kicks while limiting Aurora to just three.

McDonald County goalie Tomas De La Cruz made six saves, including one on a corner in the second half that would have tied the match.

Three players from McDonald County, Julis Quetzecua, Alexis Pedrosa and Ireal Marcos were named to the All-Tournament Team. Marcos, a defender, was named the tournament MVP.

The Mustangs earned a berth in the championship match with a pair of wins on Sept. 3 in pool play.

McDonald County opened with a 2-0 win over Springfield Kickapoo.

Saw Eh scored the first goal on an assist from Marcos, while Jesus Lara knocked in an insurance goal with 19 minutes left in the match.

In their second pool match, the Mustangs claimed a 3-1 win over Cassville

Pedrosa scored two goals, while Lara had his second goal in two matches.

"In all three games, we have kept possession most of the game," Delatorre said. "It's good for the kids to get that in their head. It's good to see them execute passes to keep the ball away from our opponent."

McDonald County is 3-0 for the season heading into its Sept. 8 home opener against College Heights. The Mustangs travel to Monett on Sept. 15. 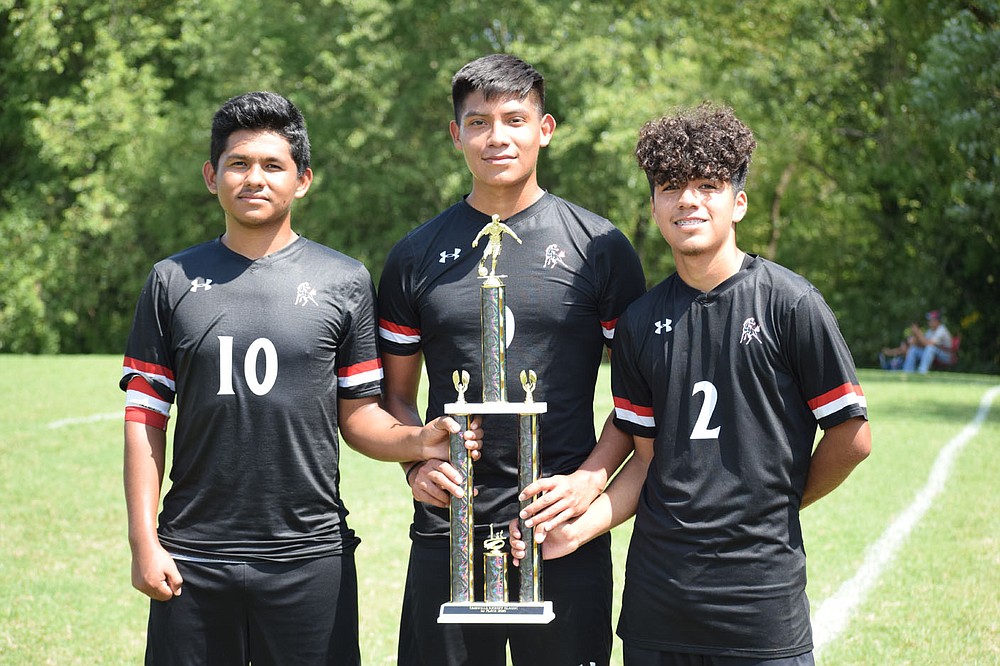 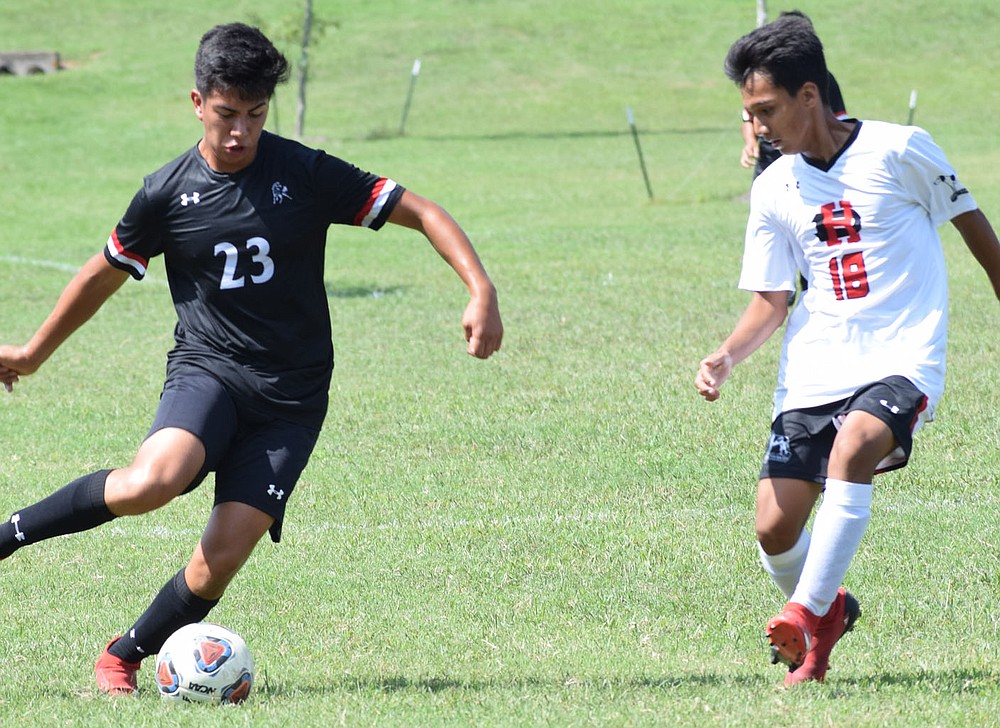 RICK PECK/SPECIAL TO MCDONALD COUNTY PRESS McDonald County's Rony Lopez (23) makes a pass around an Aurora defender during the Mustangs' 1-0 win on Sept. 5 in the championship match of the Cassville High School Soccer Tournament.