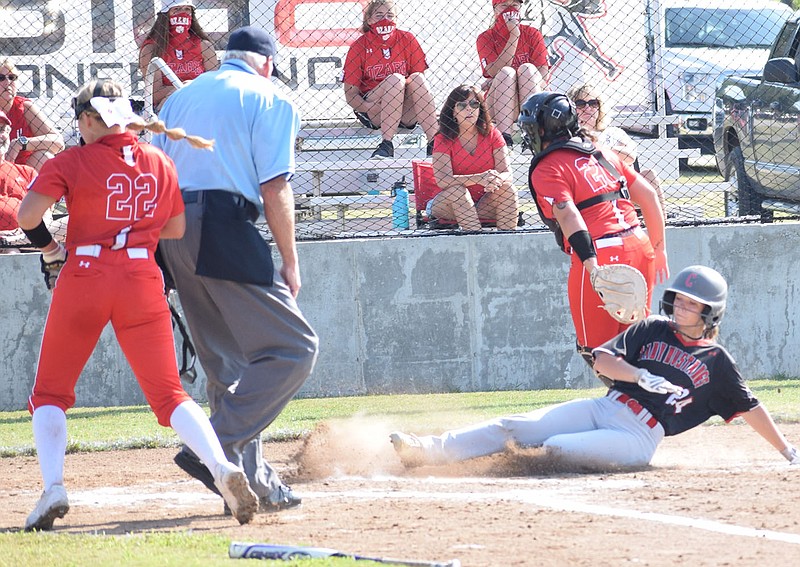 A busy but highly successful week saw a 1-0 record jump to 5-0 with four wins in five days for the McDonald County Lady Mustang softball team.

Two of those wins came against a pair of the top teams in southwest Missouri in a doubleheader sweep on Sept. 5 at McDonald County High School.

In the opener, senior Alexa Hopkins allowed two runs on nine hits through six innings to lead the Lady Mustangs to a 9-2 win over Ozark. Hopkins never walked a batter while striking out three. Madeline McCall struck out two of the three batters she faced in the seventh.

Ozark scored an unearned run in the first on a hit and an error, but McDonald County answered with three runs in the bottom half of the inning.

Carlee Cooper led off the inning with a walk. Hits by Katelynn Townsend and Regan Myrick loaded the bases for McCall, who singled in a pair of runs before the third scored on an error.

McDonald County added two runs in the second on a walk to Cooper, a double by Townsend and a single by Myrick.

A double by McCall, singles by Nevaeh Dodson and Hopkins led to one run in the fifth before Marianna Salas singled in the final two runs of the game for the Lady Mustangs.

Myrick finished with three hits to lead McDonald County, while Townsend, McCall, Dodson and Hopkins had two each and Cooper and Salas one each.

"Lex (Hopkins) came out and dominated the strike zone early and our defense made all the routine plays behind her," said coach Heath Alumbaugh. "Offensively, we jumped on them early and found ways to keep adding runs throughout the game. We want to win or tie every inning and we did that. Just a great team win."

In the second game, Bolivar jumped out to leads of 3-0 and 4-2 off of McCall before the Lady Mustangs scored 10 runs in the fourth and two in the fifth to claim a 14-4 win.

One-out hits by Dodson, Adasyn Leach, Deoricz Zamora, Salas and a fielder's choice put McDonald County ahead 6-4 in the fourth. A walk to Cooper and Townsend reaching on a hit by a pitch came before Myrick, McCall and Dodson hit back-to-back-to-back doubles. Leach's second RBI single of the inning closed out the scoring in the big inning.

The Lady Mustangs ended the game in the fifth by scoring two runs without a hit.

Leach had three hits to lead McDonald County. Zamora had two hits and three RBIs. Dodson added two hits, while Myrick, McCall, Hopkins and Salas had one each.

McCall finished by allowing four runs on seven hits while striking out seven and walking two.

"We struggled early against the left-hander (pitcher Jadyn Hamilton) in the circle," Alumbaugh said. "In the fourth, we finally saw the adjustments we made at the plate work for us. Madeline (McCall) was able to keep the game close until our bats exploded. We talk about keeping our foot on the gas and finishing teams off when we get the chance and that's exactly what we did. It was a great day for us."

McCall tossed a one-hitter to lead McDonald County to a 9-0 win over Marshfield on Sept. 3 at MCHS.

Marshfield's only hit came on a bunt in the sixth inning. The junior right-hander struck out 14 and walked four.

McDonald County scored two runs in the first and second and four in the third to take an early 8-0 lead and cruised to the win.

Cooper led the Lady Mustangs with three hits, while McCall had two and Townsend, Myrick, Dodson, Leach, Salas and Kylan Sherman added one each.

McDonald County scored three runs in the fourth inning to take a 5-1 lead but had to hold on for a 5-4 win over Joplin on Sept. 1 at Joplin High School.

Hopkins went the first four innings to get the win, allowing four runs on six hits. McCall worked the final three innings without allowing a hit for the save.

Salas had two hits and drove in a run, while Dodson drove in two runs with one hit to lead the offense. Townsend, Myrick, McCall and Zamora added one hit each.

The Lady Mustangs put their 5-0 record on the line on Sept. 8 at Reeds Spring. McDonald County returns home on Sept. 10 to host Aurora. 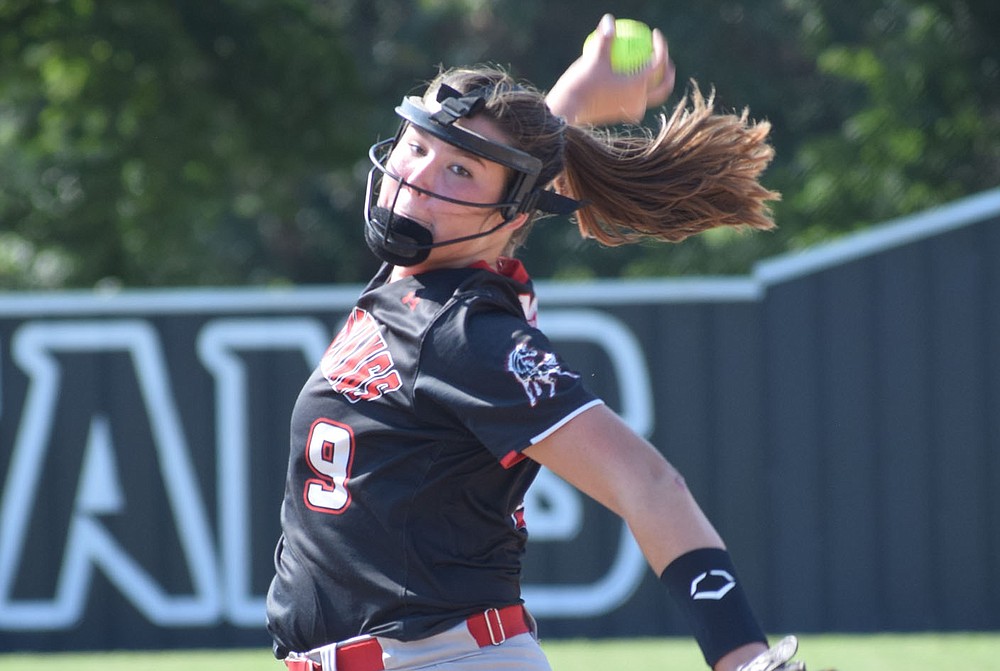