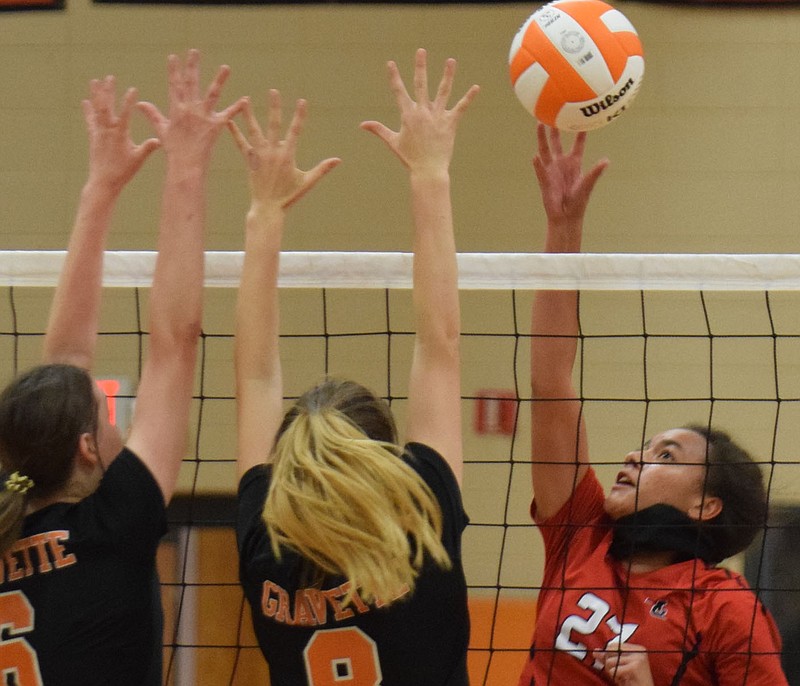 "We started out a little inconsistent and had a lot of unforced errors in the first set," said coach Logan Grab. "We came back and played pretty consistently after that. It is our first match playing three out of five sets and I think it wore on the girls a little bit. This is the first year we are going to do that in Missouri, so keeping up our stamina is important."

McDonald County scored the first point of the opening set, but that would be the only lead of the set for the Lady Mustangs. Gravette scored four straight points for a 4-1 lead and stretched the margin to 20-15 before McDonald County scored four straight points of its own to cut the lead to 20-19. The teams traded points before the Lady Lions took a 24-21 lead on the way to a 25-23 win.

The Lady Mustangs took a 2-1 set lead with a 25-20 win in the third set. McDonald County overcame an early 4-0 deficit to take an 8-6 lead. Gravette tied the set at 12-12, but McDonald County scored six of the next seven points to take an 18-13 advantage to key the win.

Gravette led 5-4 in the third set when the Lady Mustangs scored seven straight points for an 11-5 lead. McDonald County stretched the lead to 18-9 before Gravette scored four consecutive points to cut the margin to 18-13, but the Lady Lions could get no closer the rest of the way in a 25-15 loss.

"Katelyn (Ferdig) capitalized on her opportunities when she was on the front row," Grab said. "The rest of our hitters were pretty consistent. We cleaned up our serving after the first set. We got some good blocking from Sydnie (Sanny), Shye (Hardin) and Mollie (Milleson). It was just a good team effort." 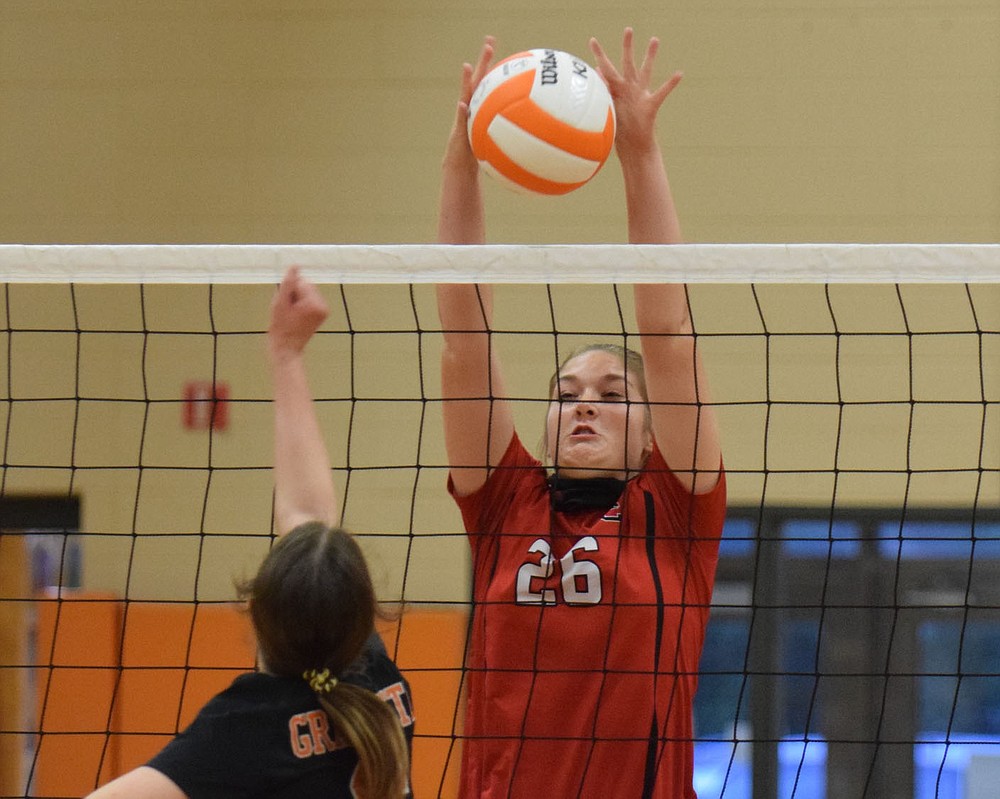