Teaming Up For Community Could Help Many 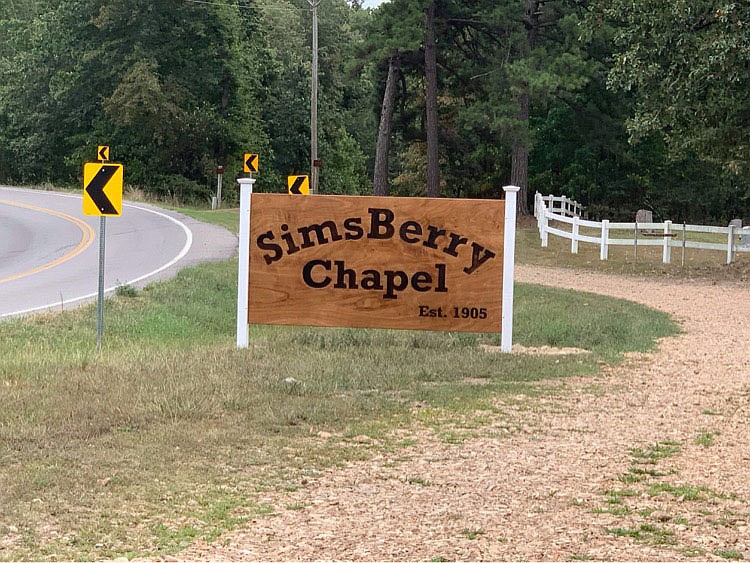 Photo Submitted Monty Muehlebach, Sims Corner Church pastor, is working to renovate the SimsBerry Chapel across the street. He hopes to transition services to the chapel, which would then make the church's former meeting space available. Long-term, that space could be used for a general store with vendors' goods.

An effort to sell some jellies, veggies and salsa has sparked a new avenue for sales.

It's been a tough year for small-business owners who have been hit hard by the health pandemic. Small business owners and farmers -- like LaSandra McKeever -- have had to come up with creative ways to market their goods.

McKeever found herself networking and brainstorming to find new roads for revenue.

"None of the Farmers Markets were open," McKeever said.

Her company, McKeever Mountain Farms, has participated in the Powell Farmers Market for some time. This season, however, was canceled, due to covid-19 concerns, according to Tiffany Norwood, Powell Historical Preservation board member.

So, the McKeevers joined efforts with Monty Muehlebach at Sims Corner. LaSandra set up her jellies and other goods from the farm she and her husband Luap own.

McKeever began her efforts in July.

"I was there every weekend," she said. "I tried to get something going."

Other vendors would join her on occasion, but McKeever Mountain Farms was the mainstay.

McKeever said the effort has run its course for the season. She will not be there in cold weather, she said.

Instead, McKeever will continue selling her jellies, salsas, honey and other items online.

Meeting on these Saturdays gave Muehlebach and the McKeevers the opportunity to begin exploring a long-term idea. A general store of sorts -- complete with vendors' goods and discounted grocery items -- would appeal to the community.

Muehlebach is the owner of Cowboy Catering Company and knows first-hand the struggles small business owners are now facing.

He also currently pastors his church and holds services at Sims Corner Church in what used to be a general store. The idea is for the congregation to transition to the SimsBerry Chapel, across the street. When the old general store is available again, a store could be established there, he said.

The SimsBerry Chapel was acquired two years ago, and it's just now ready for the community, he said.

The chapel has always been a meeting place for neighbors, including 4-H, Scouts and more.

The chapel could be utilized as a theatre of sorts, as the building has a stage where plays and puppet shows could take place.

Muehlebach also envisions utilizing local author and historian James Reed's books of newspaper happenings from the last 150 years "and share where this community came from and the struggles and celebrations," he said.

As he mulls over ideas, Muehlebach is seeking divine intervention.

"I definitely want to do something but it's a process to see what we will do," Muehlebach said. "Mostly, what does God want us to do?"