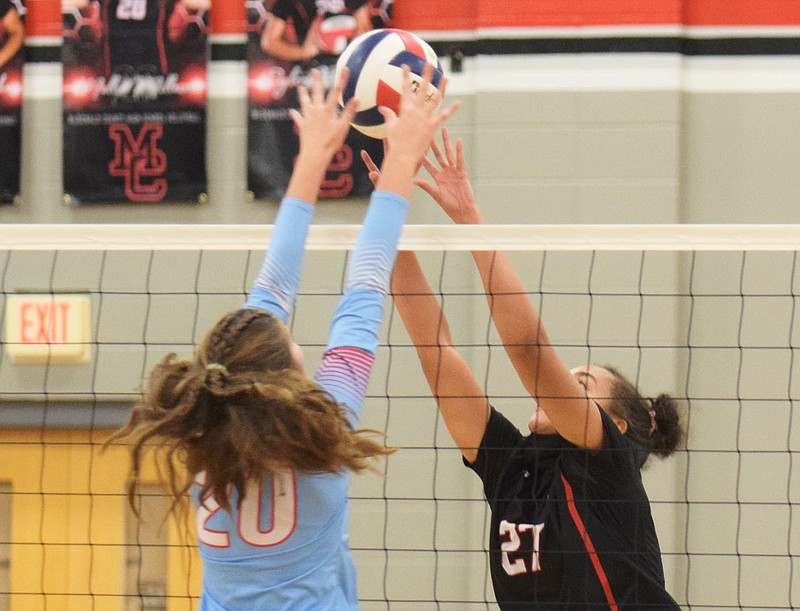 In the first set, Webb City led 17-10 before Jaimie Malone had seven straight service points to tie the set at 17-17. Webb City pulled out to a 23-20 lead, but McDonald County once again rallied to tie the set.

McDonald County saved one match after Webb City took a 24-23 lead, but the Lady Cardinals scored the next two points for a 26-24 win.

McDonald County jumped out to a 6-0 lead in the second set, but Webb City came back to tie the match at 13-13 on the way to a 25-21 win. McDonald County trailed 17-13 in the third set before Katelynn Ferdig served seven straight points to give McDonald County a 20-17 lead. But Webb City scored eight of the final 10 points for a 25-22 win.

"We had a couple of the sets going our way and we didn't capitalize at the end," said coach Logan Grab. "Webb City is a really good team as we head into our final two weeks of the season. We really needed to put the ball away a little more. Katelynn (Ferdig) really delivered on the outside and Shye (Hardin) was a force blocking. Overall, I was pretty proud of how we played."

McDonald County, 11-12 overall for the season, hosted East Newton on Oct. 14 before hosting the Lady Mustang Classic Volleyball Tournament on Oct. 17 at MCHS.

Ferdig had 23 kills and Cooper had 41 assists to lead McDonald County, while Factor had 26 digs and Sanny had six blocks. 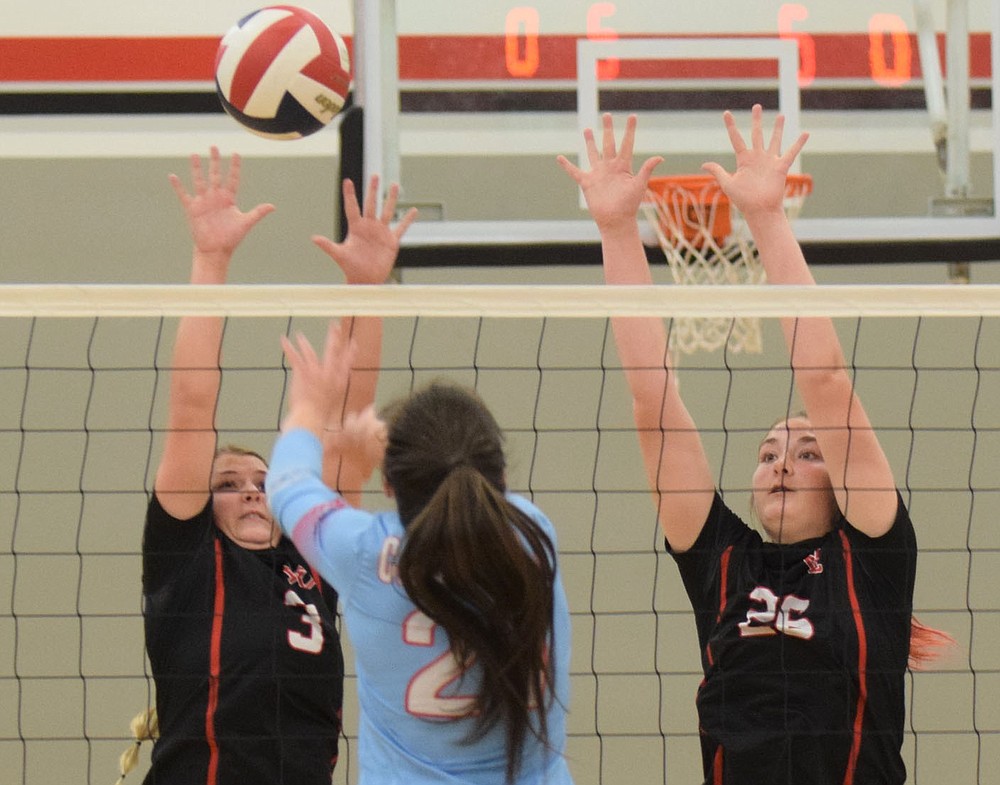