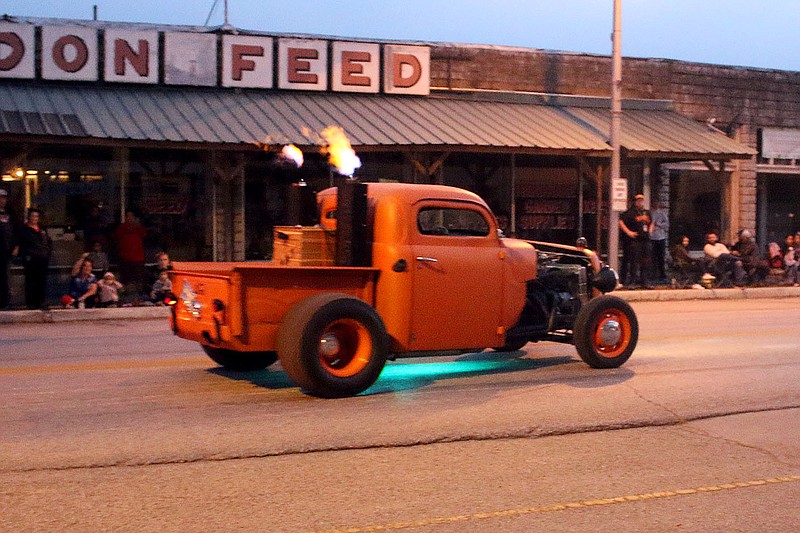 MEGAN DAVIS/MCDONALD COUNTY PRESS Some participants opted to throw flames rather than sparks.

Hundreds of hot rods rolled into Noel earlier this month to participate in the 15th annual Sparks in the Ozarks event.

From Friday, Oct. 9 until Sunday, Oct. 11 custom, clean and costly vehicles cruised the local byways, taking in the natural scenery as well as the shiny.

On Saturday evening, traffic down Main Street was rerouted and the area was host to a drag session.

The event is hosted by DEFINITE OBSESSIONS

Richard Bruner, founder of DEFINITE OBSESSIONS, the club that hosts the event said that it started as a fundraiser for a member, Dave Swanson. Swanson was fighting with a life-long illness that started in his childhood, Type 1 Diabetes, and he needed a kidney transplant.

"Sadly, he passed in 2007 and we have continued to throw the event in his memory and to raise money for JDRF (Juvenile Diabetes Research Foundation)," Bruner said.

MEGAN DAVIS/MCDONALD COUNTY PRESS Sparks and flags flew as this entry made it's way by, with heads flying to catch a glimpse as well. 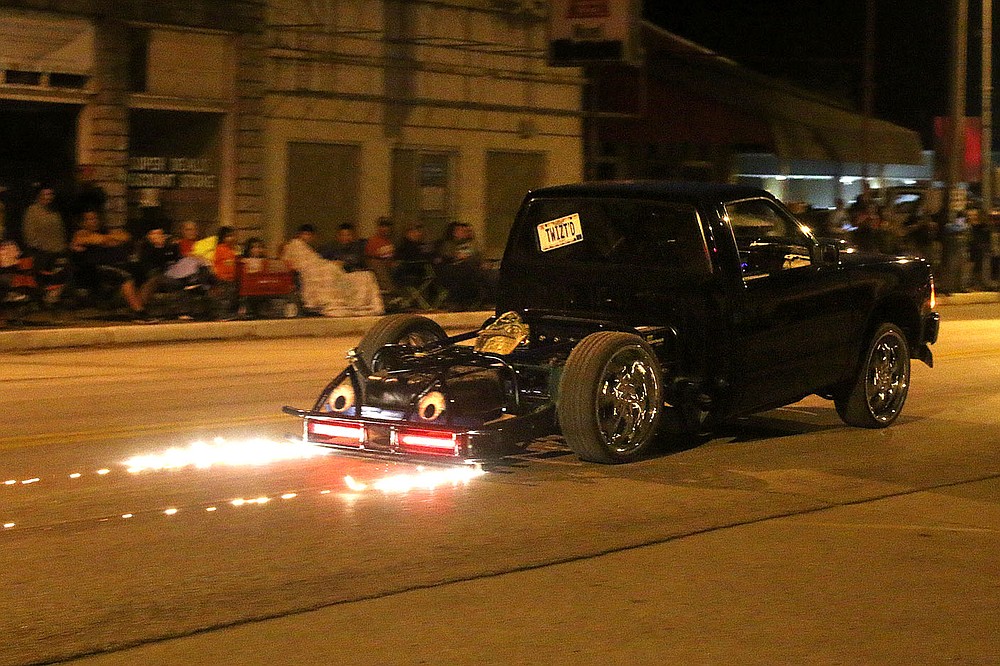 MEGAN DAVIS/MCDONALD COUNTY PRESS Members of the "spark community" are known to customize their rides with vanity license plates or other unique decorations. This Chevy's plate reads "TWIZTD" and features googly eyes and a mean glare. 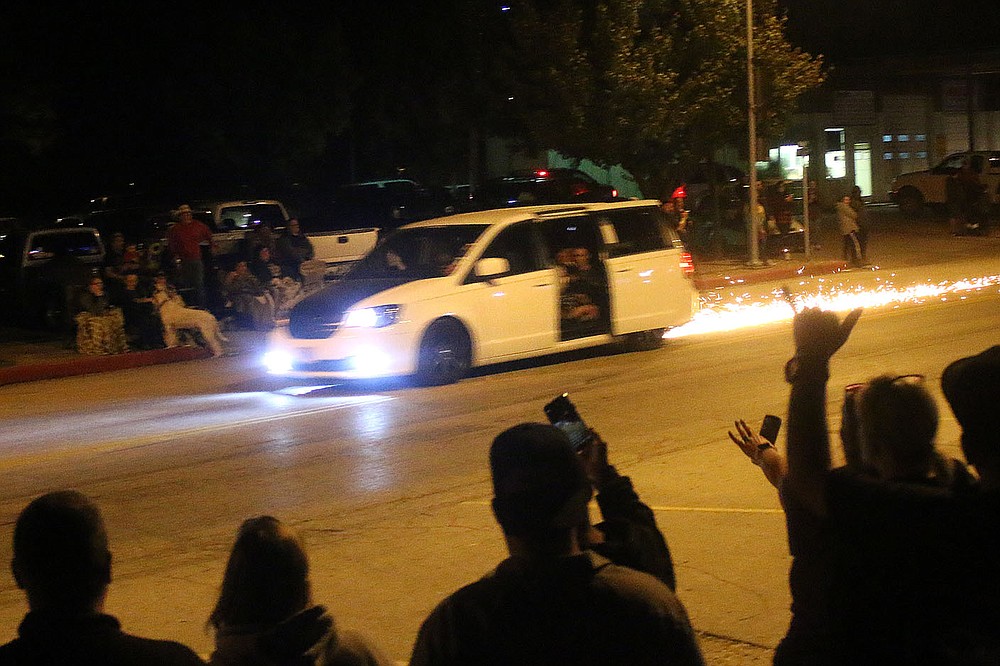 MEGAN DAVIS/MCDONALD COUNTY PRESS It wasn't just hot rods and classic cars that took the cruise down Main Street - this minivan with drag blocks and rambunctious riders also made an appearance.