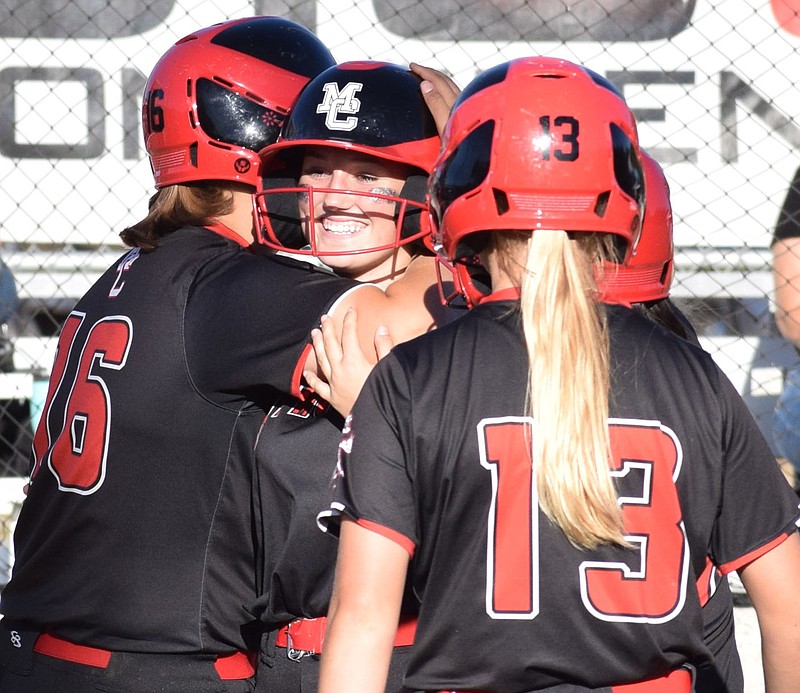 RICK PECK/SPECIAL TO MCDONALD COUNTY PRESS McDonald County's Neveah Dodson gets a hug from teammate Madeline McCall after hitting a grand slam to lead the Lady Mustangs to a 15-1 win over Springfield Hillcrest on Oct. 12 at MCHS.

The McDonald County High School softball team closed out its 2020 regular season with a 15-1 win over Springfield Hillcrest on Oct. 12 at MCHS.

Hillcrest took a 1-0 lead in the first, but McDonald County answered with 10 runs in the first and five more in the second.

"We had a great game to get us ready to go play in districts," said coach Heath Alumbaugth. "We wanted to come out and swing the bats and field some balls before we start districts. After we lost the Carthage tournament (originally scheduled for Oct. 9-10 but canceled due to the number of teams with quarantined players), we didn't want to have a week off between games. That's why it was great to get on the field. I love the way we came out and swung the bats in the first two innings."

Freshman Neveah Dodson had a memorable final regular-season game, going three for three at the plate with six RBIs, including a grand slam.

Madeline McCall added four hits, while Carlee Cooper, Katelynn Townsend, Deorica Zamora and Mariana Salas had two each and Reagan Myrick had one.

McDonald County began Missouri Class 4, District 5, play on Oct. 13 against Carl Junction. The winner advances to the semifinals on Oct. 15, where a match-up with Neosho is most likely.

McDonald County claimed an 8-4 win over Monett on Oct. 6 to finish Big 8 Conference play with a 7-1 record, one game behind league champion Logan-Rogersville.

Hopkins picked up the win, allowing four runs on nine hits while striking out five.

McDonald County scored a run in the first and three in the second before Monett scored three runs in the bottom of the third to cut the Lady Mustangs' lead to 4-3.

But McDonald County answered with a single run in the fourth, two more in the fifth and one in the seventh to stretch the lead to 8-3 before Monett scored a run in the bottom of the seventh.

Four players had three hits each to lead the Lady Mustangs' 16-hit attack. Cooper, Townsend, McCall and Hopkins all had three hits. Adasyn Leach had two and Dodson and Salas had one each. 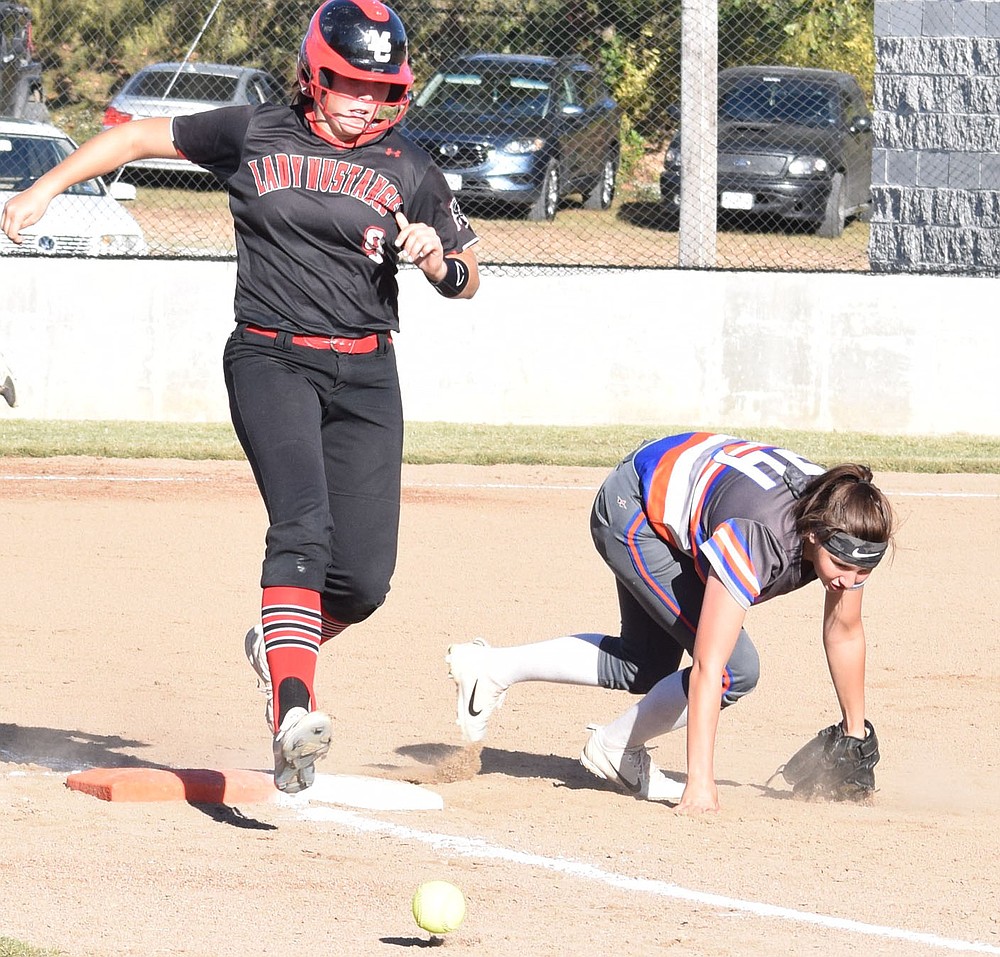