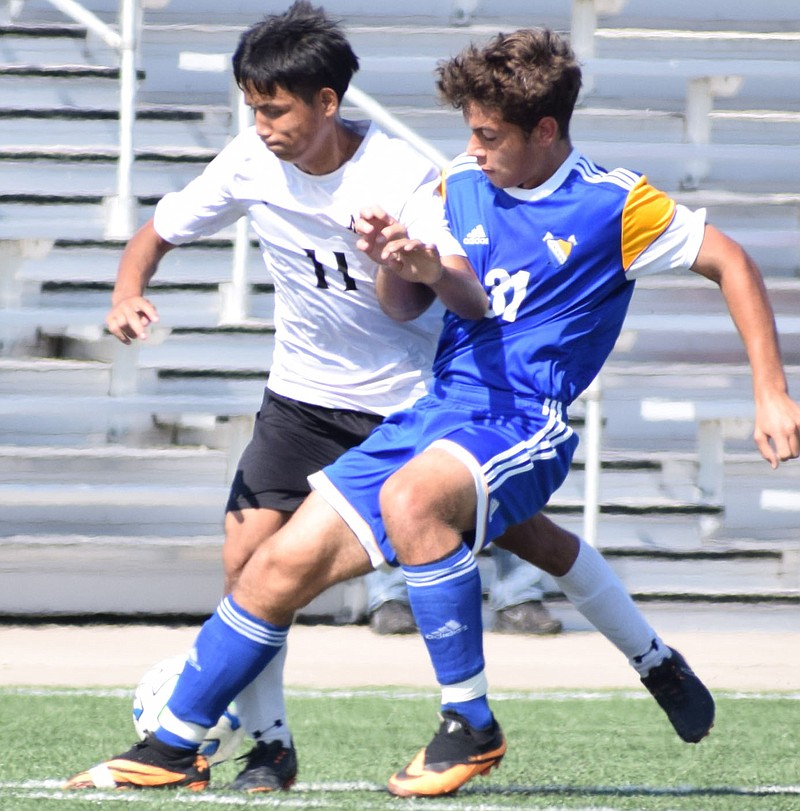 RICK PECK/SPECIAL TO MCDONALD COUNTY PRESS McDonald County's Saw Eh (11) battles Frantisek Pavlovsky of Parsons for control of the ball during the Mustangs' 4-1 win on Oct. 10 at the Joplin Eagles Soccer Tournament.

The McDonald County High School soccer team won two out of three matches last week, including a 4-1 win over Parsons, Kan., in the second game of the Joplin Eagles Soccer Tournament on Oct. 10, to improve its record to 8-5 for the season.

On the ensuing kickoff, McDonald County's Alexis Pedrosa stole a pass and dribbled undefended down the middle of the field before sliding a shot past Parsons' David Ortiz to give the Mustangs a 2-0 lead only 23 seconds after McDonald County scored its first goal.

McDonald County maintained its 2-0 lead and appeared it was going to cruise to the win, but with 13:34 left in the match, Parsons' Frantisek Pavlovsky was taken down inside the McDonald County penalty box.

The Parsons junior lined a bullet to the upper left corner to beat McDonald County goalie Tomas De La Cruz to cut the lead to 2-1.

McDonald County answered with a pair of insurance goals in the final 10 minutes.

Pedrosa knocked in his second goal of the match when Julis Quetzecua found Pedrosa all alone on the right side of the field. The McDonald County senior dribbled in close before slipping a shot past the goalie to make it 3-1 with 9:02 left in the match.

Less than three minutes later, Pedrosa earned the hat trick when he knocked in a pass from Saw Eh with 6:41 remaining in the match.

In the tournament opener, Joplin scored less than a minute into the match and added two more in the first five minutes on the way to hand McDonald County an 8-0 loss.

Joplin led 6-0 at halftime and added two more in the first five minutes of the second half.

Brady Carter and Connor Simon both scored two goals to lead the Eagles.

"We got our heads on straight in the second match and played well," said coach John Delatorre. "We were able to put some passes together and make some things happen. We are missing some guys and so we had some new guys in some spots. We move on and go forward. Going 1-1 is not a bad day."

The Mustangs scored the match's only goal on a corner kick by Quetzecua that rebounded off a Cassville player and found its way into the goal.

McDonald County hosted Marshfield on Oct. 13 before Logan-Rogersville comes to MCHS on Oct. 15. Kickoff is at 4:30 p.m. 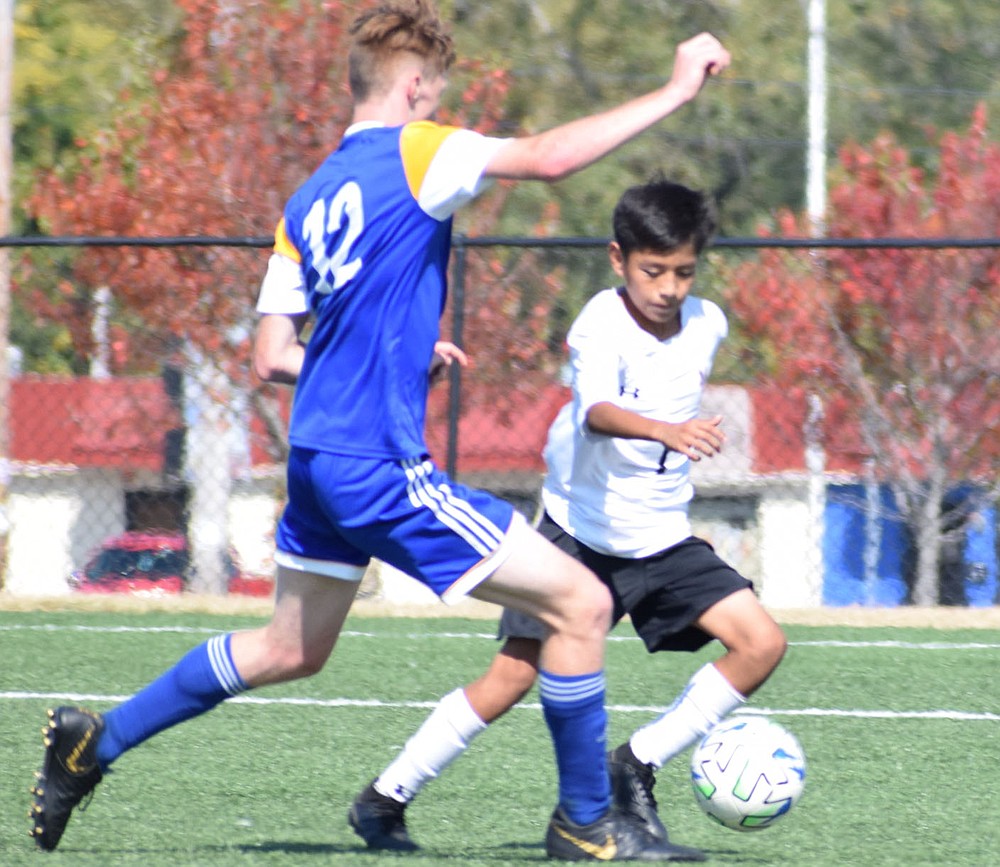