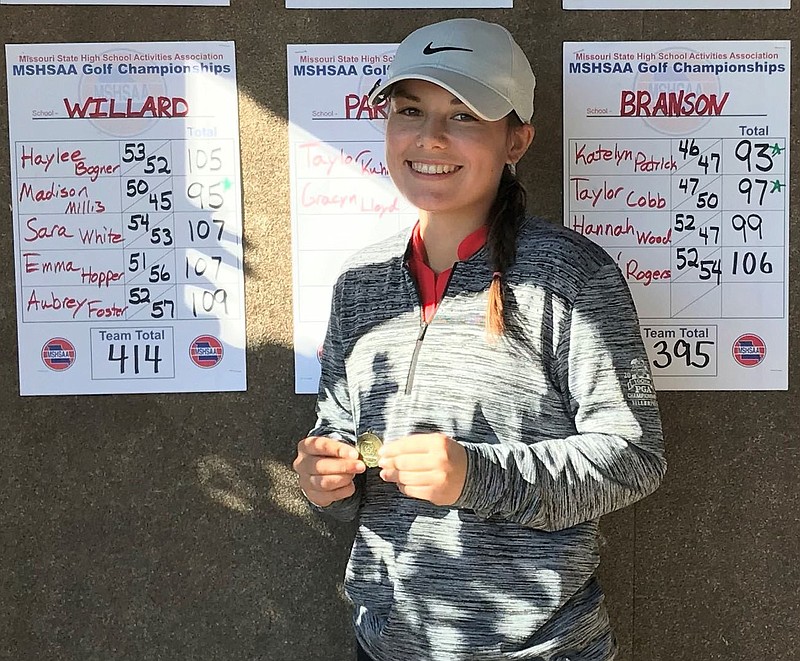 Going into the Missouri Class 3, District 3, Girls' Golf Championships, McDonald County's Lily Allman had a big X on her back.

Allman, who tied for first at last year's district tournament, responded with a five-over-par 76 to defend her title for her second consecutive district title.

"It feels really good to win districts two years in a row," Allman said. "Last year I tied and for this year to win it outright has been a goal of mine. The wind was tough to deal with, but I was able to keep grinding and keep telling myself that everyone plays the same course and same conditions. I shot one over on the front and played a really solid nine holes. I got on a bogey run on the back and shot five over. I hit my driver well but just couldn't get up and down on some holes. Overall, it was a pretty good day and I'm excited for state next week."

Allman defeated Hailey Bryant by two strokes for the title, Carthage's Rylee Scott and Susannah Blackwell of Glendale tied for third with 81s.

Glendale won the team title, while Carthage took second with a 353.

Allman was the lone Lady Mustang to crack the top 18 to earn a berth to next week's state tournament. Fayth Ogden was second for McDonald County with a 102, followed by Jolie Stipp with a 105 and Kyla Moore with a 121.

McDonald County coach Darryl Harbaugh said shooting a 76 under the windy conditions was a good round.

"I am proud of Lily for winning districts today," Harbaugh said. "Her hard work has definitely paid off! She played well for there being 25 mph winds and kept her game under control."