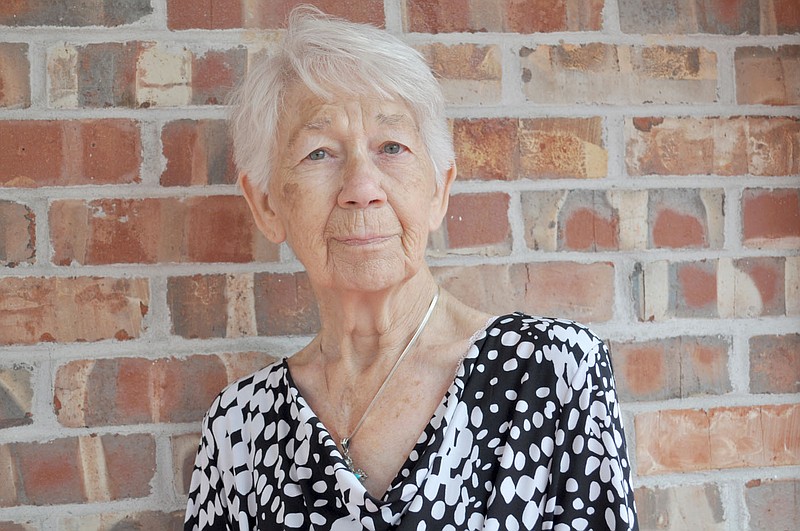 She said she became involved with the historical society when she met Lynn Tatum, who now serves as board chair of the organization. O'Brien said Tatum approached her about an old printing press that had possibly been stored in a Pineville building that had been O'Brien's husband's business for 65 years.

"We found it; it was rusty. They cleaned it up and restored it and put it in the museum," she said.

O'Brien said she also donated to the museum when it was getting started and the building was in disrepair.

"I've invested some money, and I think I kind of helped them get started because the building was in such bad shape. They said, 'If you really want to help, you can donate.'"

She continued, "This historical society is wonderful. They have done a great job. They have done wonders with gathering up the information on Jesse James and all the activities."

O'Brien said she tries to attend the annual banquets in the spring and all the society's functions.

According to information provided by Tatum, O'Brien has supported the society in significant ways over time.

"In the spring of 2013, when the society lost a Missouri Humanities Grant for the restoration of the courthouse and the development of the museum, Mary came forward with the dollars needed to finish the interior trim and to create the original exhibits. During the time of restoration and museum development, she was so delighted with what the society was trying to accomplish, that in March of 2013 she asked, 'What do you need?' The society response was, 'Well we need money to finish the trim and begin making exhibits.' Mary responded by writing a check for much more than the requested amount."

Tatum said, "In 2016 she commented one day on how much had been done and done well. However, she went on to say there was no exhibit on agriculture. This oversight on the part of the society was indeed correct and Mary went on to help create the agriculture exhibit. She not only did this with her financial support but also donated many artifacts, stories and documents on the rich and unique history of the area poultry and beef industries."

Tatum concluded, "She also has a family with a rich history of supporting many preservation efforts in the county. This includes the successful preservation of the Jane post office and an offer, made many years ago, to county commissioners to sell the courthouse to the O'Brien family when they were considering tearing it down."

Donald O'Brien had a poultry plant that he started in 1953. He also bought the Jay Chicken Plant in 1962 and built the O'Brien Foods plant in Southwest City in the 1980s. He sold the company to Simmons in 1986.

Mary said of the honorary membership, "I was elated -- surprised. I really didn't expect it. But I was very proud and honored to have received it."