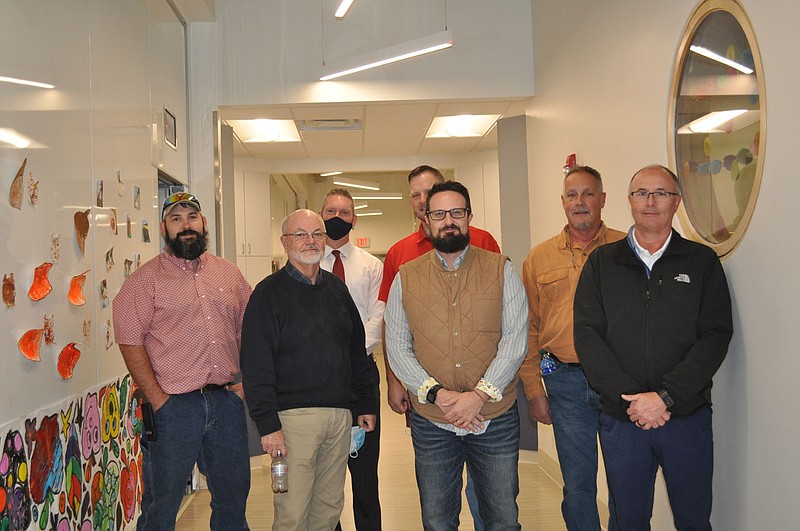 Noel Primary Principal Greg Capps guided the tour of the 11,500-square-foot addition, which includes a FEMA safe room and classrooms. The district broke ground on the facility in September 2019. High School Principal Angie Brewer and other officials led board members through the weight room and its upstairs addition, which was built on the site of the former stage in the high school gym. Construction on the project began in the summer of 2020.

At the board meeting, Larry Hart of LJ Hart presented an opportunity to refund 2016 general obligation bonds to save the district $325,384. The proposal was to change the interest rate on the bonds from 2.2 percent to 0.77 percent.

Hart noted the rates are so low that there is not a big market for the bonds, but recommended the board "take the gift the market has provided."

Superintendent Mark Stanton said, "It's a win-win for the school district. It's even better than what we were first presented."

The board approved the refunding.

Assistant Superintendent Joy Hardridge reported that the district has hired a contact tracer who has gone through Johns Hopkins training who will take some of the burden off of the health department.

Director of Transportation Tiffany Lilly requested permission to add a special education bus route. She reported that the department has been struggling with schedules and has one route that starts at 6 a.m. and goes to 8:30 a.m.

She said the cost would be $4,900, but there would also be some savings.

The board approved the new route.

Athletic Director Bo Bergen reported that the Missouri State High School Athletic Association has separated girls' and boys' wrestling for the first year, and he proposed starting a girls' wrestling program. He said costs would include putting the team on the uniform rotation every four years ($2,500) and tournament fees. He also recommended raising the head coach's stipend to $6,120 per year, as the head coach would coach both girls' and boys' wrestling. He also noted the school has four girls who wrestle currently.

The board approved the program.

Also, Bergen recommended the board approve a bid for equipment for the new weight room from Pro Maxima for $56,755. The bid included installation and guaranteed delivery in four to six weeks.

Board member Andy McClain said at one point the board discussed possibly spending $75,000 to equip the weight room, and this number was well within that limit.

The board approved the bid.

Stanton announced that filing dates for school board will start 8 a.m. Dec. 15 and run Monday through Friday until 5 p.m. Jan. 19. Filing will not occur on days that school is closed due to inclement weather and also will not occur from Dec. 21 through Jan. 1. Incumbents are Andy McClain and Josh Banta.

Stanton also recommended changing Thanksgiving break from a three-day break to a five-day break, not only to give staff more time to recharge but also to provide time for more cleaning. The board approved the change.

Board President Frank Woods announced that property would be donated to the school that had belonged to the school in the past. The American Legion in Southwest City is no longer able to maintain their building, so they will sign it back over to the school district. The board approved accepting the property. 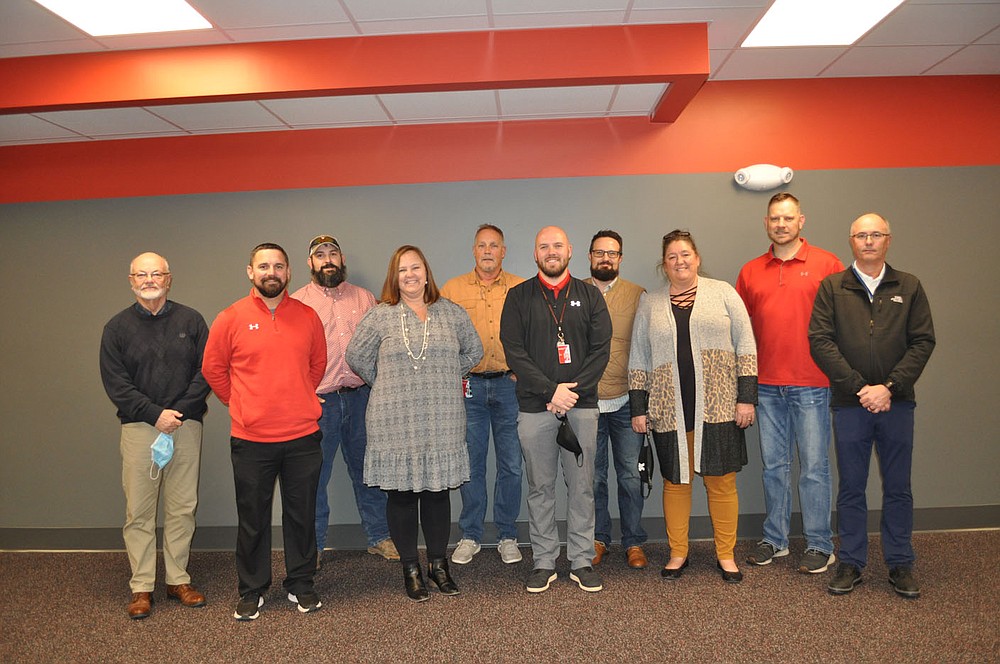