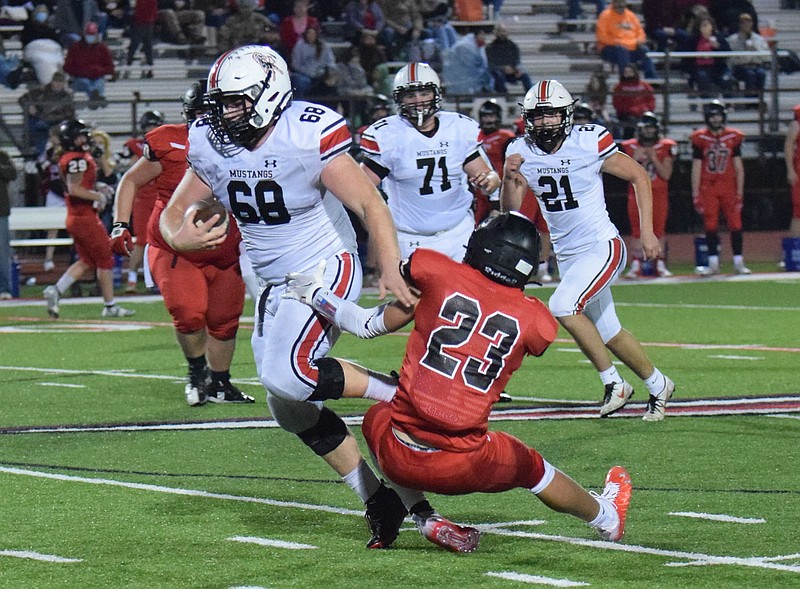 West Plains proved why it earned the top seed in the Missouri Class 4, District 5 football playoffs.

The Zizzers dominated both sides of the ball on the way to a 35-2 win over McDonald County on Nov. 6 in the district semifinals at West Plains High School.

"Obviously it was not the way we wanted to end the season," said coach Kellen Hoover. "We had some chances early and just didn't execute. They hit a couple of big plays and we never really recovered."

The teams traded punts on their first possessions before West Plains marched 86 yards in six plays to take a 7-0 lead with 5:27 left in the first quarter.

Two big plays fueled the drive. The first was a wide receiver pass from Heston Miller to Titus Seley that covered 31 yards, and the second was a 38-yard touchdown pass from quarterback Dagen Kenslow to Miller. Nathan Thomas added the first of his five PATs.

West Plains' defensive back Jesse Hudson set up the Zizzers' second touchdown when he intercepted a Cole Martin pass on the Mustangs' ensuing possession.

Martin's pass appeared to be a completion to Trent Alik but, instead, Hudson came up with the ball and returned it to the McDonald County 36-yard line.

It took West Plains just five plays to score, the touchdown coming on a 20-yard pass from Kenslow to Miller.

McDonald County then put together its best drive of the night, only to make another mistake that gave the ball back to West Plains.

Martin got free for a 41-yard run on the second play of the drive to move the ball to the Zizzer 22-yard line. Bailey Lewis ran for eight yards to the 14 to set up a second and two. But a bad snap cost the Mustangs 22 yards, moving the ball back to the 36.

On third down, Lewis ran for four yards before a Martin pass fell incomplete to give West Plains the ball on the McDonald County 32-yard line.

West Plains covered the 68 yards in eight plays, keyed by passes from Kenslow to Seley and Miller for a combined 47 yards. Seley ran the final 10 yards for the touchdown to give West Plains a 21-0 lead with 8:36 left in the first half.

McDonald County went three and out on its ensuing possession, but the Mustangs forced a West Plains turnover to give McDonald County a chance to cut the lead before halftime.

On a third and seven from the McDonald County 43-yard line, Kenslow's screen pass was deflected into the arms of McDonald County defensive lineman Garrett Gricks. Gricks was able to return the interception to the West Plains 31-yard line.

But the Mustang offense was without Martin. The junior was first hurt when he made the tackle on the Zizzer interception and then was knocked out of the game when he was hit after throwing a pass on the Mustangs' previous drive.

Sophomore Sterling Woods took over and completed two passes for four yards, but an illegal procedure and a loss of five yards on a running play forced a punt.

The Zizzers took over on their own four-yard line and drove deep into McDonald County territory before Thomas missed a 35-yard field goal with 47-seconds left in the first half.

"Obviously the injury really hurt," Hoover said. "But I am not making any excuses. We still didn't execute and it was not like anything was working when he was in. We just didn't execute well enough to have a chance to win. They were really aggressive and played very hard. That's a good football team."

West Plains added a touchdown on its first possession of the second half. Seley capped off a 50-yard drive with a 34-yard touchdown with 9:14 left in the third quarter.

McDonald County went three and out on its next possession, but Lewis drilled a 63-yard punt to set up the Mustangs' lone score.

Starting on its own seven, West Plains faced a fourth and three from the 14 when a snap from center went over the punter's head and rolled out of the end zone for a safety for McDonald County's only points of the game.

"I am proud of our seniors -- proud of our team," Hoover said. "This group of seniors is going to be really hard to replace. There are not a lot of them, but they are a group where everybody contributes in some way or another. They really became the leaders -- the heart and soul -- of our team. They brought it every single day and I am so proud of them. I am proud of the team for doing something we have never done before (winning last week's playoff game). I just know the seniors are going to come back and know they did something special."

Lewis finished with 11 yards on 14 carries, while Martin finished with seven yards on three carries despite having a 41-yard gain. He completed three of six passes for just four yards, while Woods was four of nine for no yards after a loss of nine yards on a screen pass.

The Mustangs finished the season with a 5-5 record, while West Plains improved to 9-1 before facing Carl Junction in the district championship on Friday night. 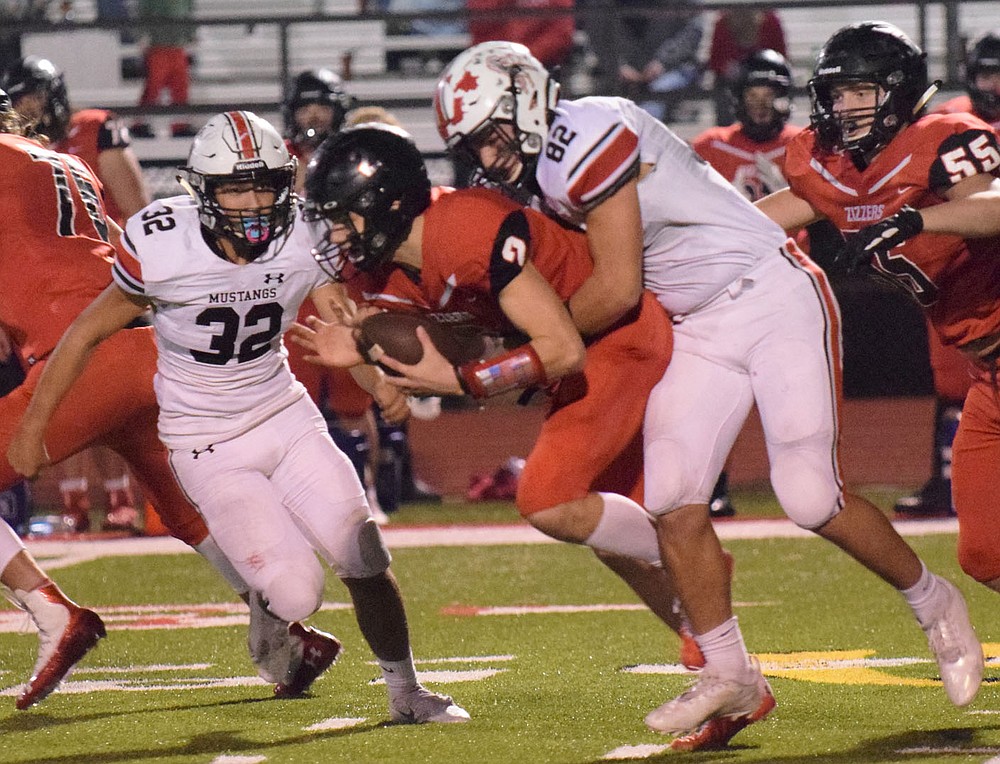