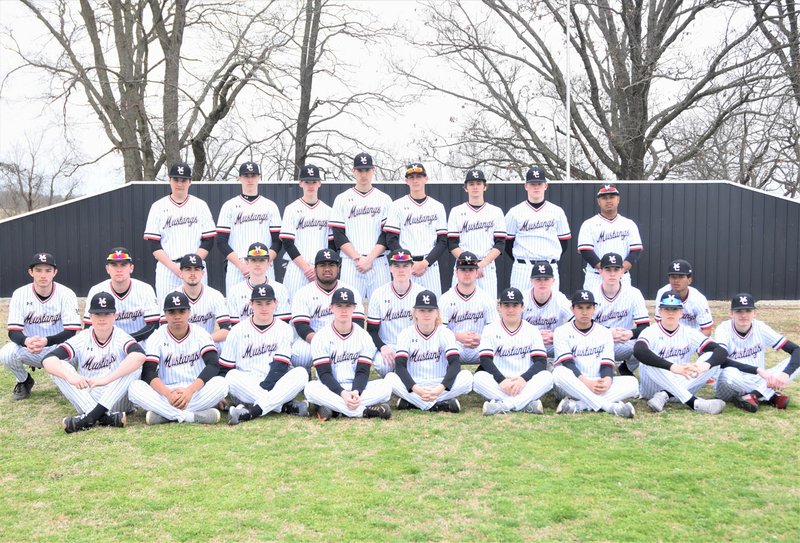 Editor's Note: The following story was planned and written before the postponement of high school athletics due to the concern over covid-19.

Despite losing seven starters to graduation, second-year McDonald County High School baseball coach Kevin Burgi said he has expectations of improving on his 10-16 record in his first year.

"I really like this group a lot," Burgi said. "They are a very hard-working group with a lot of competitive drive. They have their goals ahead of them and they are capable of reaching them. They want to be good. It also isn't a team you have to worry about not doing the right thing in the classroom. I am just really lucky to have this group."

With pitching being such a big part of winning baseball games, Burgi likes what he has on the mound.

"We will have a very deep pitching staff," Burgi said. "The rotation is kind of up for grabs. The big thing is finding roles for everybody. There are some good arms in the program. We have a lot of pitchers who can throw strikes. It might take us a couple of weeks for us to figure out what we are going to do, but I know we are going to have guys who can come in and throw strikes.

"Cade Smith is going to throw some innings after missing last year with an injury. Riley Boyd has shown a lot of improvement. Levi Helm had a very good freshman year last season. He was above and beyond what we thought we were going to get out of him. Kameron Hopkins had a great summer on the mound and has continued to have a good off-season. Sampson Boles had a very good off-season and so has Jackson Behm. Koby McAlister threw some key innings for us last year."

In addition to his mound duties, Hopkins will see action at first base after earning second-team All-Big 8 honors as a designated hitter last year.

"Kameron is a very versatile player," Burgi said. "He will be a key part of our offense."

Fellow senior Omar Manuel will move from first to third.

"Omar is a great leader for the younger guys," Burgi said. "If he isn't playing in the field, he will be in the lineup as a DH. He does a great job in the batter's box."

Sophomores Helm and Cole Martin gained valuable experience as freshmen and will be experienced at the varsity level as sophomores.

"Levi will anchor a spot in the outfield when he is not pitching," Burgi said. "He will hit somewhere in the middle of the lineup. Martin played several positions on the infield as a freshman, but he will move behind the plate this year. He should make big strides defensively and offensively."

But even with the quality of pitching and hitting the Mustangs have this year, Burgi said for the team to be successful it must get better in the field.

"We have to see improvement on defense," Burgi said. "If we dominate the routine play, we will be successful. Our goal is to be playing our best baseball at the end of the season."