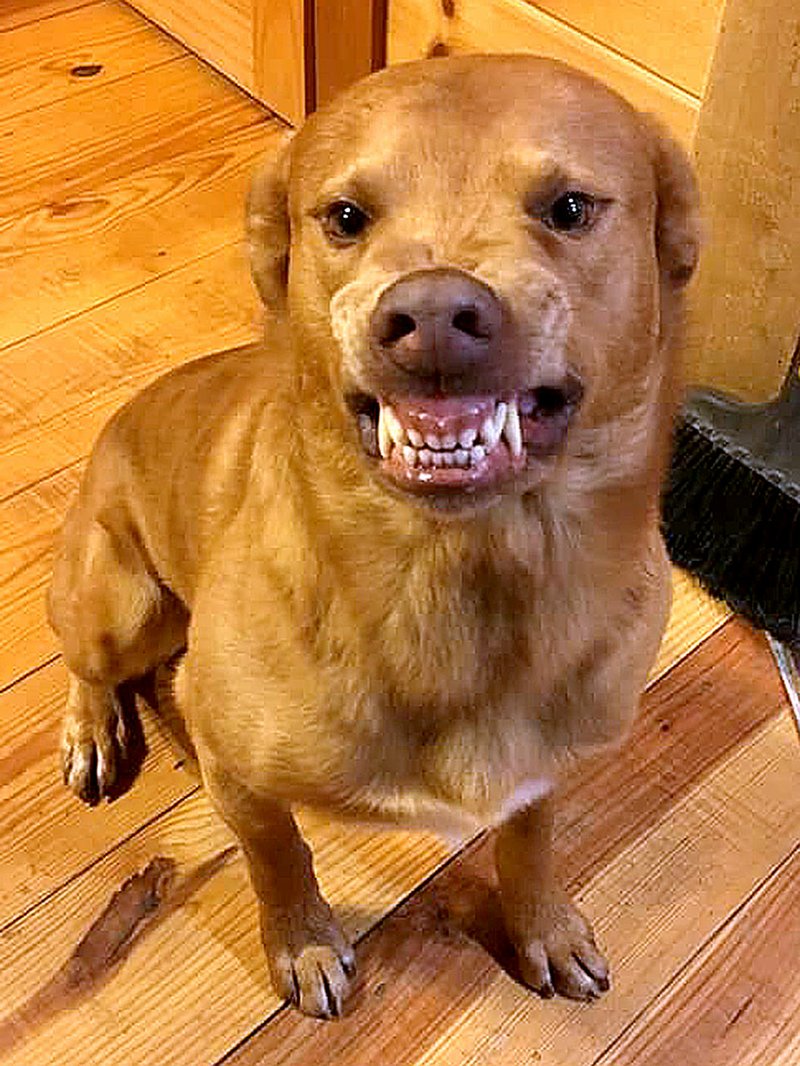 COURTESY PHOTO/&quot;Happy Hank&quot; is well-known and beloved for his loyal character and infectious smile.

The sudden disappearance of a man's four-legged best friend -- and a family's guardian -- has led to a surge of support, far and wide, in the search to bring him home.

Johnny Dale Roberts says his sidekick of 9 years, Hank, was last seen on Saturday, Feb. 29, at approximately 2 p.m. Two hours later, there was no sign of him.

"That was very unlike him," Roberts said. "He's a night-shift guard dog and he never misses work."

Roberts and his fiancee Ashlee have three children who desperately miss their pet, and another child on-the-way. Reports of numerous missing farm dogs in the surrounding area have created some suspicion regarding the circumstances of Hank's disappearance.

"It's not like him to wander off. He comes and goes as he pleases but he stays away from the road."

Hank, jokingly dubbed "Happy Hank" because of a big, friendly smile he shares with loved ones, is a 9-year-old, in-tact, Australian Shepherd/Pit Bull mix with a bobbed tail. He also has an identifying white patch on his chest. Hank does not have a collar on, as he is notorious for removing his collar and returning it to the porch in protest.

Roberts says Hank is very gentle with people and other animals, including livestock.

"He's scared of our one-pound ferret," he said. "He wouldn't hurt a thing."

Roberts took to the internet to spread the word of Hank's disappearance, encouraging pet owners to be on the look-out, and providing updates on the continued search for his beloved pet. Since then, posts about Hank have been shared by more than 6,000 people and his image has spread to every state in the nation -- including Alaska and Hawaii.

Roberts has also put miles in, hiking land surrounding his property every day and following up on every lead he receives of a similar dog spotted in the area. 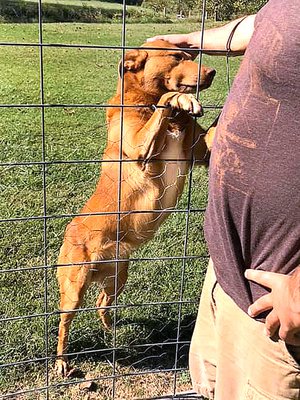 COURTESY PHOTO/Australian Shepard/Pit Bull mix Hank has a distinguished white patch on his chest (seen here), as well as an easily-identifiable bobtail and a loving family in search of its pet.

"I've probably hiked at least 50 miles searching for Hank, but I've yet to see any sign of him," he said.

"It's kind of consumed me and put stress on my family. Chasing every tip I get from sunup to sundown, burning gas. I just need to know what happened to Hank. Good or bad."

Roberts determination to find Hank and the bond the two share have inspired community members to contribute a $2,250 cash reward for Hank's return or information leading to his recovery. There have also been offers of musical performances by The Reeves Brothers and Johnny Dale Roberts, as well.

On Monday, March 16, Roberts received word of a possible sighting of Hank in Noel, near Grandview Street. Later that day, there was another possible sighting in Ginger Blue. Roberts asks those in the Lanagan, Anderson, Noel area to keep their eyes peeled for his furry friend.

"I can't help but think that he has gotten away from whoever took him and is trying to make his way back," Roberts said in a Facebook post. "Might just be wishful thinking, but the first tip did verify a bobbed tail!"

Those with information on the possible whereabouts of Happy Hank can contact Johnny Dale Roberts at 417-592-0942.