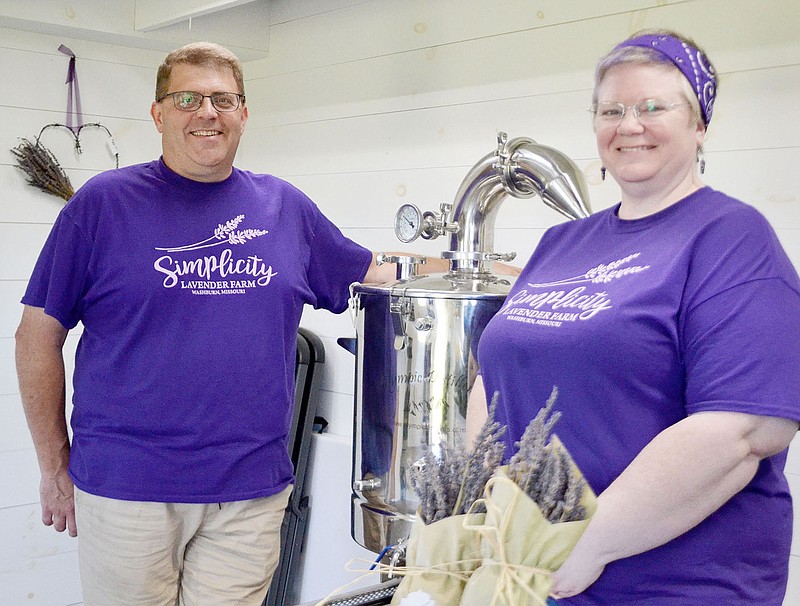 WASHBURN, Mo. -- What began as a way to create a new reality for themselves as they sought to escape the corporate world, quickly evolved into a passion for Rick and Kathy Henning, owners of Simplicity Lavender Farm in Washburn, Mo.

The couple, originally from northeast Pennsylvania, had followed the normal course of life for many Americans as they wed, got jobs and worked their way up the corporate ladder. But then, he had a dream and began educating himself about growing lavender.

Rick worked for Pella Window in Pennsylvania and when he was hired as production manager for EFCO Corp., they moved to Monett, Mo. Once there, Kathy served as the secretary at the Lutheran Church in Bella Vista. When they first moved to Missouri, they rented a house in Monett.

When they found the little five-acre farm on the Washburn Prairie east of Washburn, they bought it. That was 2013.

"We had this beautiful piece of property," she said, "and wanted to be good stewards of the land and try to make it work for us. Lavender just spoke to that reality for us."

"It started out as a means for us to create a new reality for us," she said. "We wanted out of the corporate world. Society has a way of telling you what your reality should look like."

"One day, he looked at each other and said, 'What are we doing and why?'" he said.

"We were trying to create a better lifestyle for ourselves but it quickly turned into a passion and mission of love and relationship," said said of the farm.

"The best part is all of the wonderful people we meet and have been given the opportunity to create relationships with," Kathy said.

The couple began educating themselves about growing lavender in 2017 and planted their first crop in 2018.

Rick said his family were all gardeners. She said she grew up four miles outside a city so gardening was "in our blood a little bit."

"I've always been drawn to farm life, to sustainable living," Kathy said. "One of the things we loved about this area was how beautiful it is. We wanted to be able to bring people here."

"We wanted something that would draw people here," Rick said.

"Lavender is not just beautiful, there are so many wonderful benefits to it. It kind of became this product of beauty and a way for us to help others," Kathy said.

"We've been married 29 years and have one son," Kathy said.

Their son, Brian Henning, 27, lives in Minnesota and photographs the plants on the farm and creates greeting cards. He's also responsible for the company's internet technology for the Hennings' business. He was one the first people whose life was changed from using the lavender products.

"Our son suffers with mild anxiety which causes a lack of sleep. He swears by the little roll-ons.

"If he has tension across his shoulders, he rolls the oil on the back of his shoulders and the pain is gone in five minutes. If he has a headaches, he rolls on the lavender/peppermint on his temples or forehead and finds relief," Kathy said.

"We have a lot of affirmation from our customers," she said. Initially, Kathy said they heard lots of testimonials about the benefits of lavender, but they didn't truly realize the impact it could have until they started using it themselves.

"We are still surprised," she said. "We're still amazed.

"This really does work. It's beautiful! It's wonderful! We have the confidence that it makes a difference," she said. "Your skin is the largest organ of your body and everything you put on it is absorbed into your body."

It was very important for the Hennings to keep the products natural.

"We don't use dyes or chemicals," Rick said, explaining that he now looks at products purchased in the store and realizes a bar of soap can have 40 ingredients. The bar of soap from Simplicity Lavender has four ingredients.

"It's so nice to not put that on your skin," Rick said, emphasizing that he and Kathy now only use their natural products. "It's really neat to feel how different a natural product is."

Kathy said: "A lot has changed for me. I can use every product we make and have no side affects whatsoever. It's really important to me that we created a product like that, because I know what problems people can go through."

Creating their own reality

"For us, it's hard because part of our passion is to educate on so many different levels -- the sustainable living level telling people you can create a reality you want for yourselves.

"If you want hard enough, we believe you can achieve it."

The two share their experience at speaking engagements to schools, garden clubs and other groups.

"What we're all taught is to educate yourself, work hard, and to be successful looks like this," she said.

"You work a good job so you can buy more stuff," he said.

"The harder you work, the more you get -- I call it the 'golden handcuffs,'" Rick said. "I worked many, many hours -- as much as 70 hours in a week and didn't have time for anything else. If the phone buzzes, you grab it. Whether you're working or not, you're always working and that's what our life had become. It just came to the point where enough is enough."

"For us!" she said. "So when we say creating our own reality, it's ours. That reality could be perfect for others. We're not saying it's a horrible lifestyle. It just wasn't right for us."

The couple said their son is "blown away" by the change in them and is their biggest supporter.

"We're the three musketeers," Kathy said, describing the close relationship the two have with their son.

"We do everything together. He's changing his life," Rick said. "It took us 40 plus years to figure this out. It's helping him realize he can create his own reality, too."

"He's seeing what we've been able to create here and that our lives don't have to match everyone else," Kathy said. "We can live out a holistic and joyful life."

"Leaving a successful career of 17 years was not an easy decision to make," Rick said.

"It was a huge leap of faith," Kathy said.

"But this is not really a job -- it's a passion, a mission of love.

"It's something we do together," he said, adding that they work physically way harder but have found this life way more rewarding.

"We get to make our own decisions," he said.

"On the outside, our life looked perfect," she said. "We were doing everything we were supposed to do.

"We looked like we had a great life on the outside," he said, "and we were miserable. It was time to stop and smell the lavender."

The farm is open week days from 10 a.m. to 3 p.m. and customers are welcome to picnic on the grounds. There is a gift shop on the grounds where most of the products can be found.

The Hennings hosted a Lavender Festival in June 2019, but the 2020 festival was canceled due to the COVID-19 pandemic. 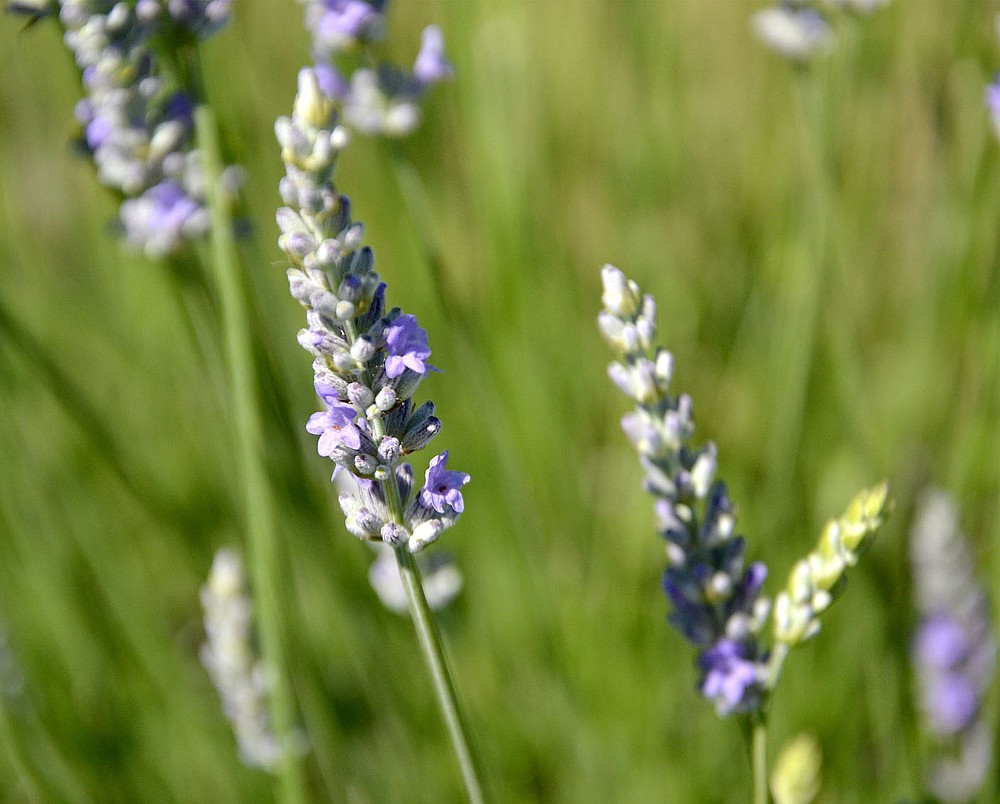 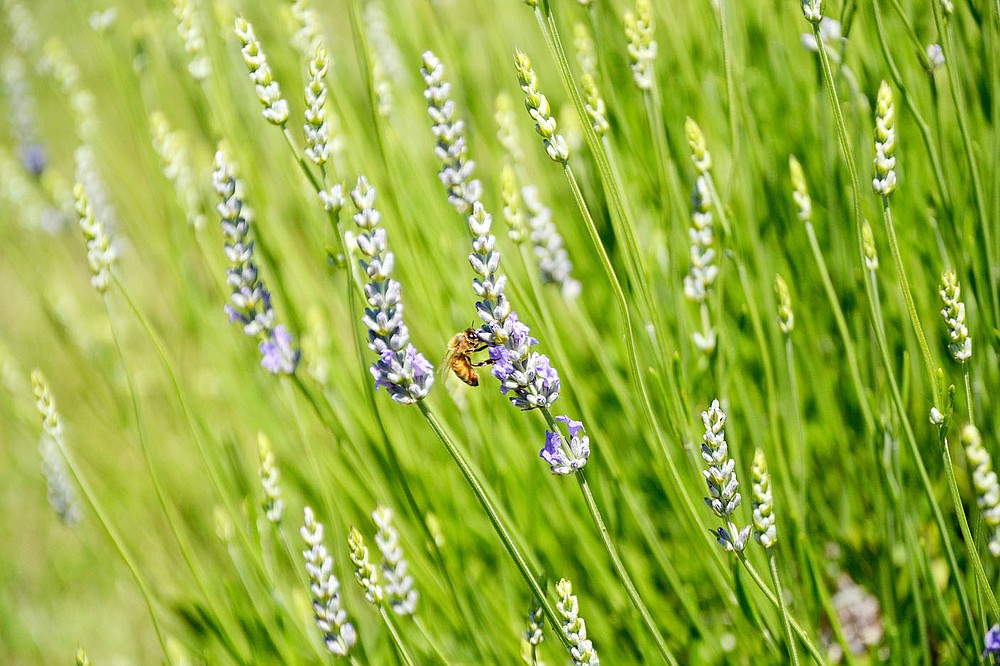 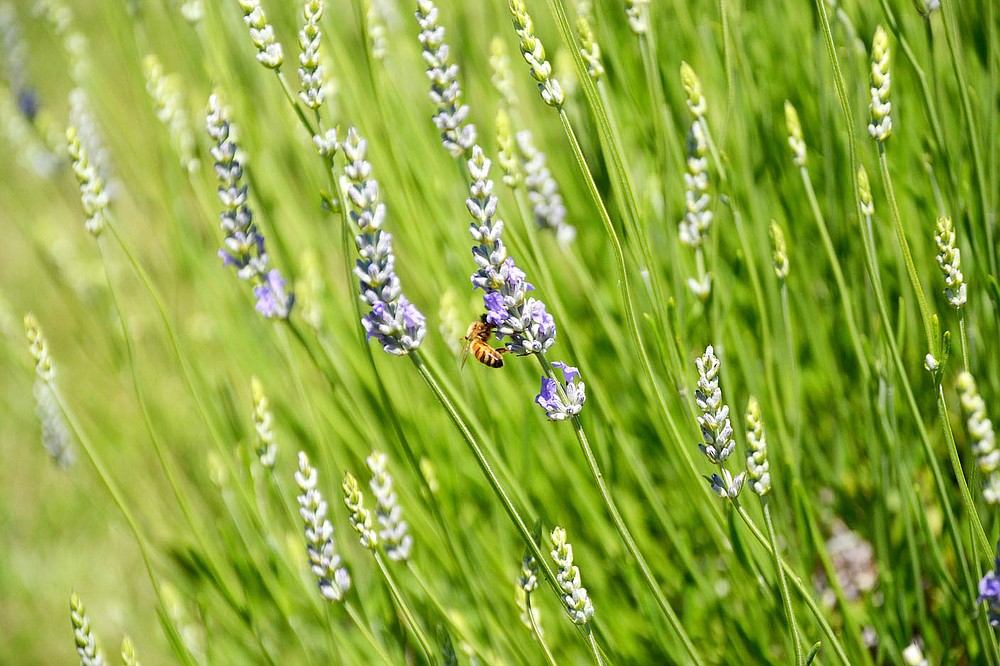 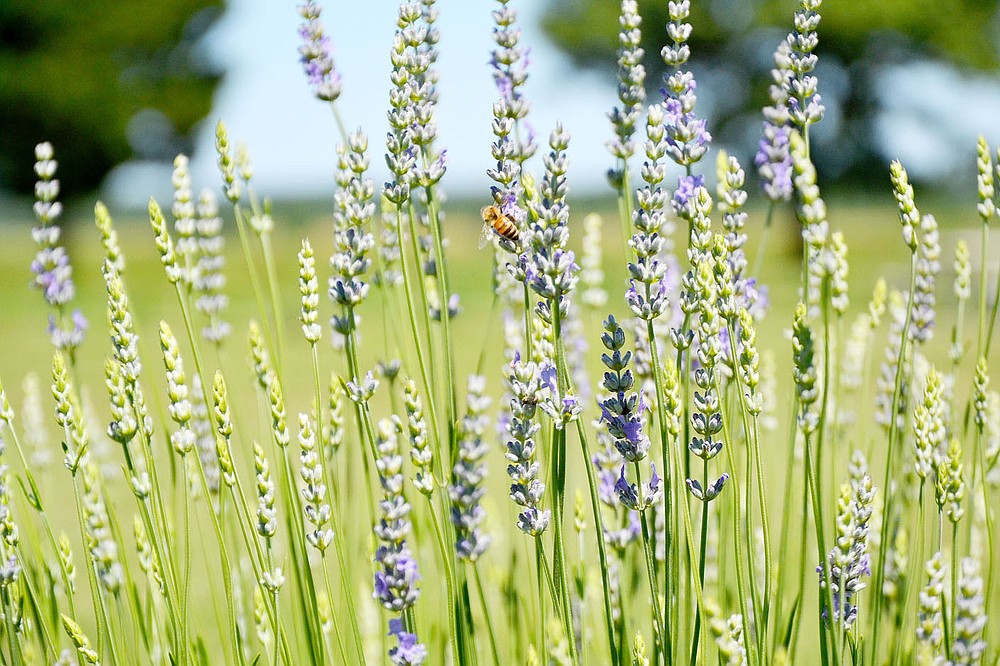 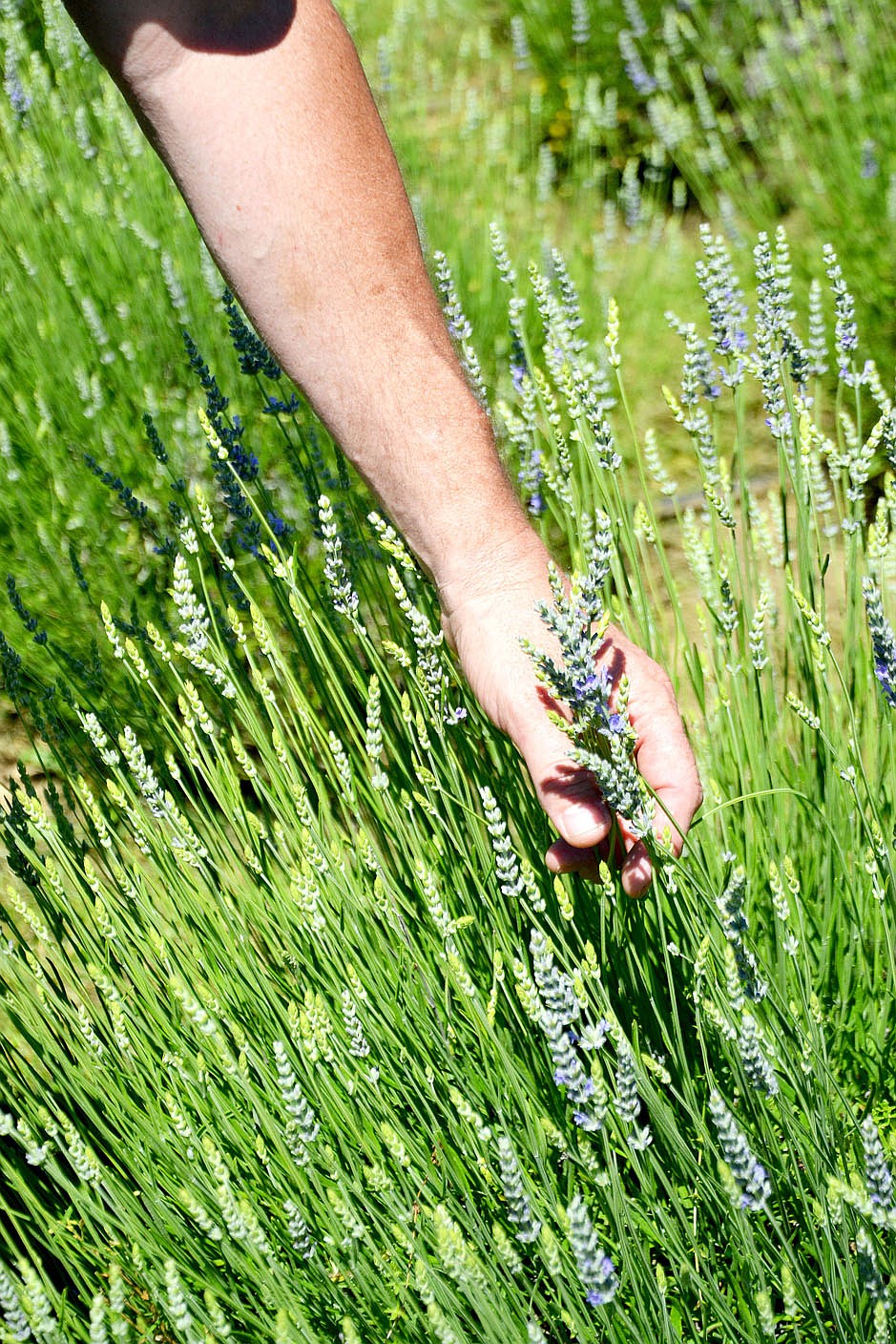 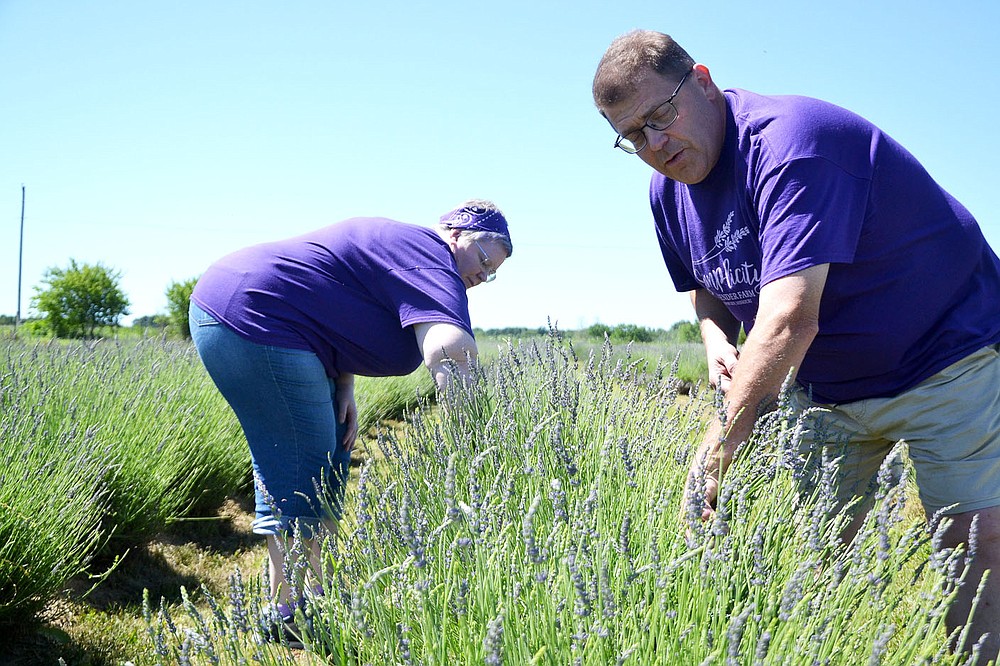 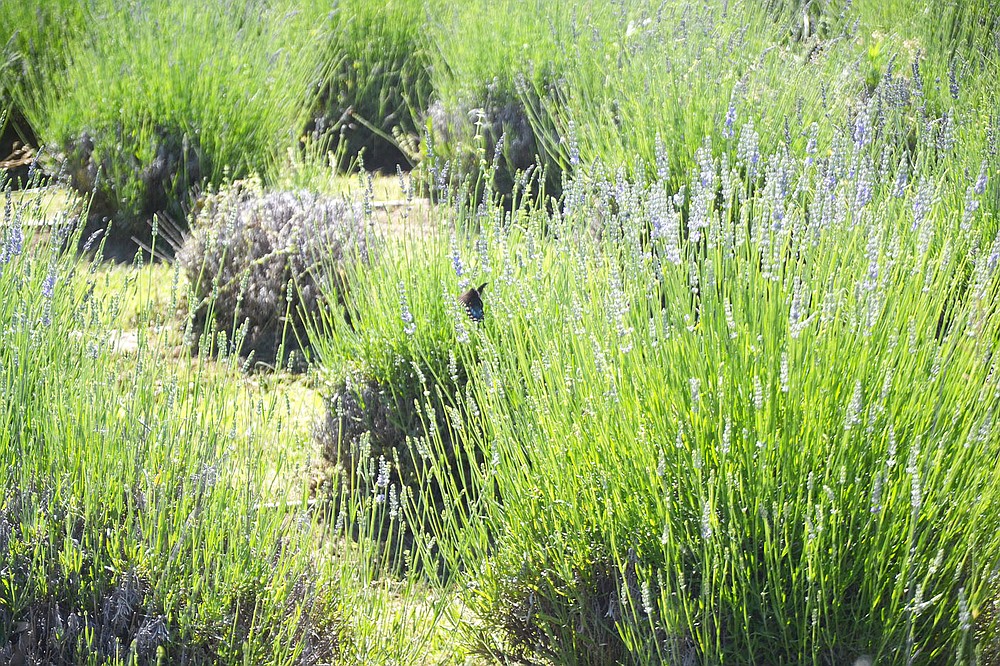 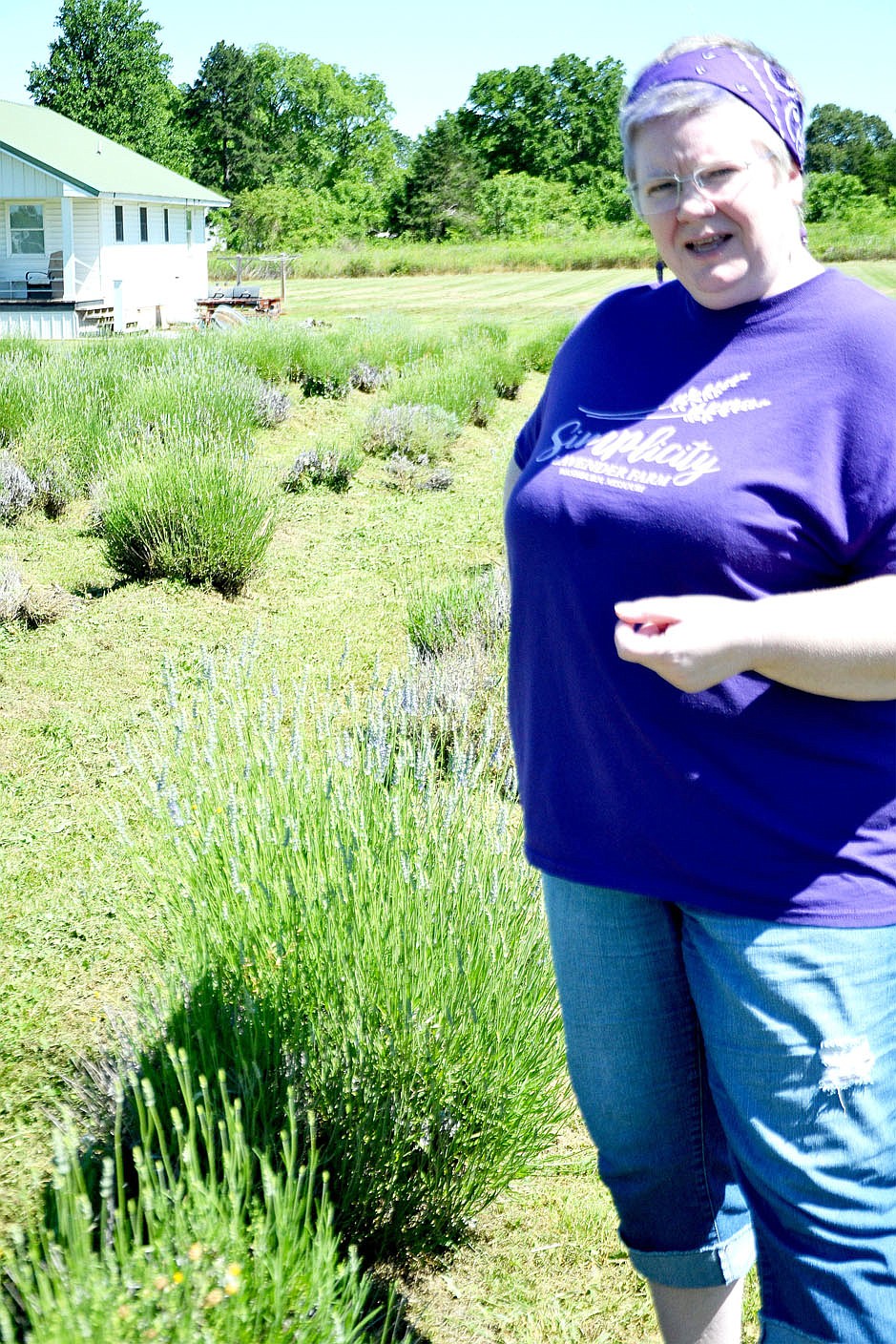 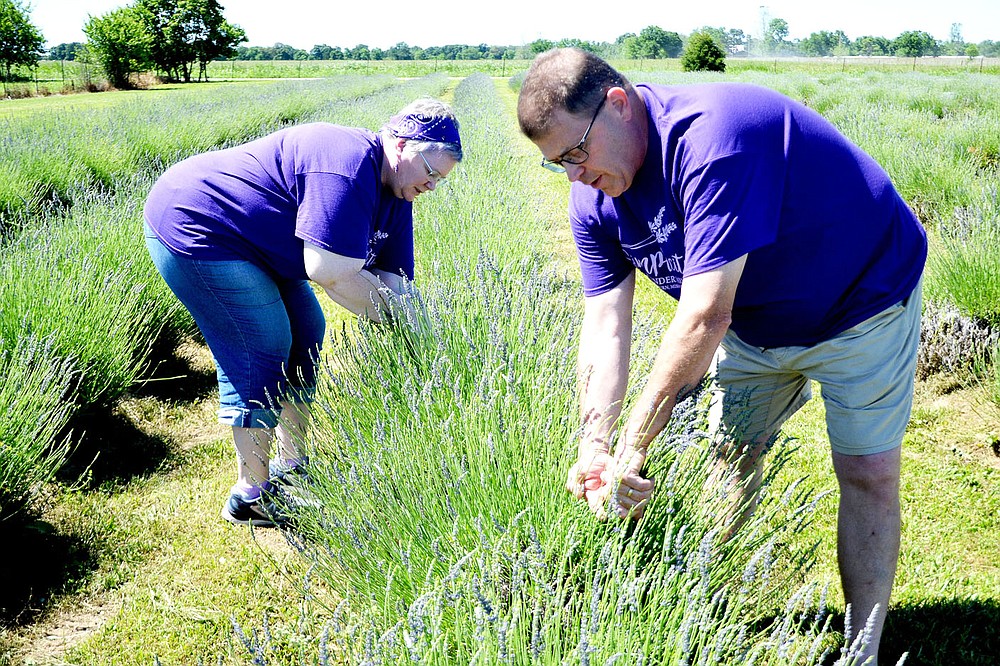