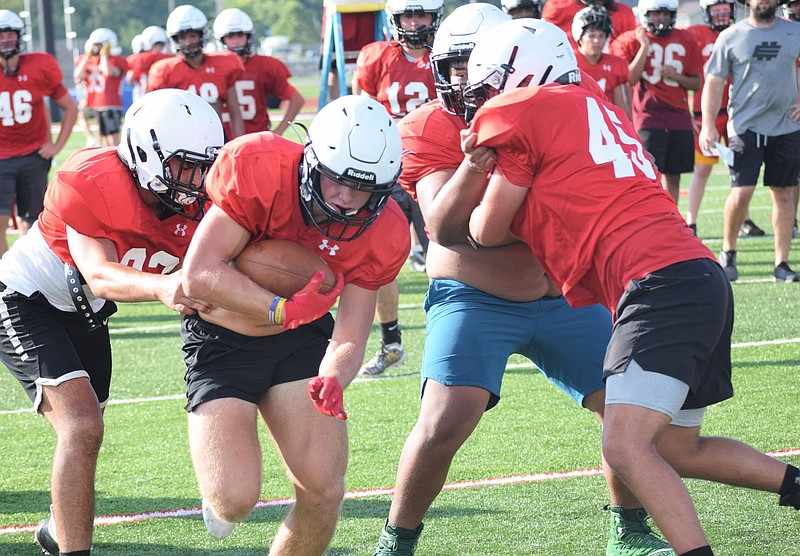 RICK PECK/SPECIAL TO MCDONALD COUNTY PRESS McDonald County running back Bailey Lewis runs through a hole during a workout on July 23 at MCHS.

Athletes from McDonald County High School are back preparing for the 2020-2021 fall sports season.

After taking about a month off from summer workouts due to a surge in the number of positive cases of covid-19 in McDonald County, the Mustangs and Lady Mustangs returned to work on July 13.

Bo Bergen, athletic director at MCHS, said with last week's announcement by the Missouri State High School Activities Association that it plans for the playing of fall sports by member schools. MCHS is looking forward to playing games and matches this fall.

"We are planning on starting all of our fall sports (football, softball, boys' soccer, volleyball, cross country and girls' golf) on the first allowable practice (Aug. 10)," Bergen said. "We have been communicating with our kids that things can change daily. We just have to make sure that if things do carry on like normal, we're prepared and ready to go."

Bergen said he is optimistic on the seasons getting started, though things might look a little different this year than in past years.

"I don't really foresee them tinkering much with pushing the season back or anything like that," Bergen said. "They might make some small adjustments but nothing too big. The smaller schools, and even us, share athletes and you don't want to get into making kids choose between two sports when they have never had to do that in the past. What I would really like to see, if they do mess with the start dates, I would like to do it across the board for all sports so that we are not putting kids in positions they are having to choose between two sports."

Bergen said he knows of several schools that will not be able to play fall sports because they are starting out by 100 percent distance learning and not holding any face-to-face classes. He said the playoffs might look much different this year if a lot of schools in the state do not play fall sports.

"I have the question that as long as a school has on-site classes, but a family chooses to go virtual only, can the student still compete in athletics and the answer is yes, according to the MSHSAA guidelines," Bergen said. "As long as the school district has on-site classes, they just have to be enrolled in enough classes to be eligible, just like they would if they were attending on-site classes."

Bergen said the district policy regarding a student being enrolled in only virtual classes and competing in athletics is expected to be announced this week.

If the district chooses to use some type of a split plan, using on-site classes part-time and virtual classes at other times, the school is still eligible to compete in MSHSAA sports and activities.

"The only information I have is that if you offer any on-site instruction, you are good to go," Bergen said. "That could potentially be an area where we could be flexible and still have fall sports."

Bergen said if any team on the fall sports schedule decides to go 100 percent virtual learning, that game would be considered a forfeit win for the Mustangs.

"The problem with that is, with the Big 8 football schedule, if one school does that it messes up everyone's schedule," Bergen said. "It would be so hard to pick up a game to fill that week."

Bergen said the main thing at this point though is just getting to play. "If we get to play, I am tickled to death," Bergen said. "If we get eight games instead of nine (prior to the playoffs), so be it."

Bergen said all fall sports are currently holding "contact days" which are workouts that are supervised by the coaching staff. He said, in a normal year, most of those days would have been in June but, due to covid-19, the district was just starting those practices when a surge in positive cases forced their postponement, which lasted until July 13.

"Everything is pretty modified, obviously," Bergen said. "MSHSAA's recommendation is for no jamborees this year. I would definitely see us not playing our football jamboree. I don't think we would play our volleyball jamboree, but the softball jamboree is a possibility. It is an outdoor sport and the kids are spread out. That one potentially could be held, but most likely all jamborees will not happen." 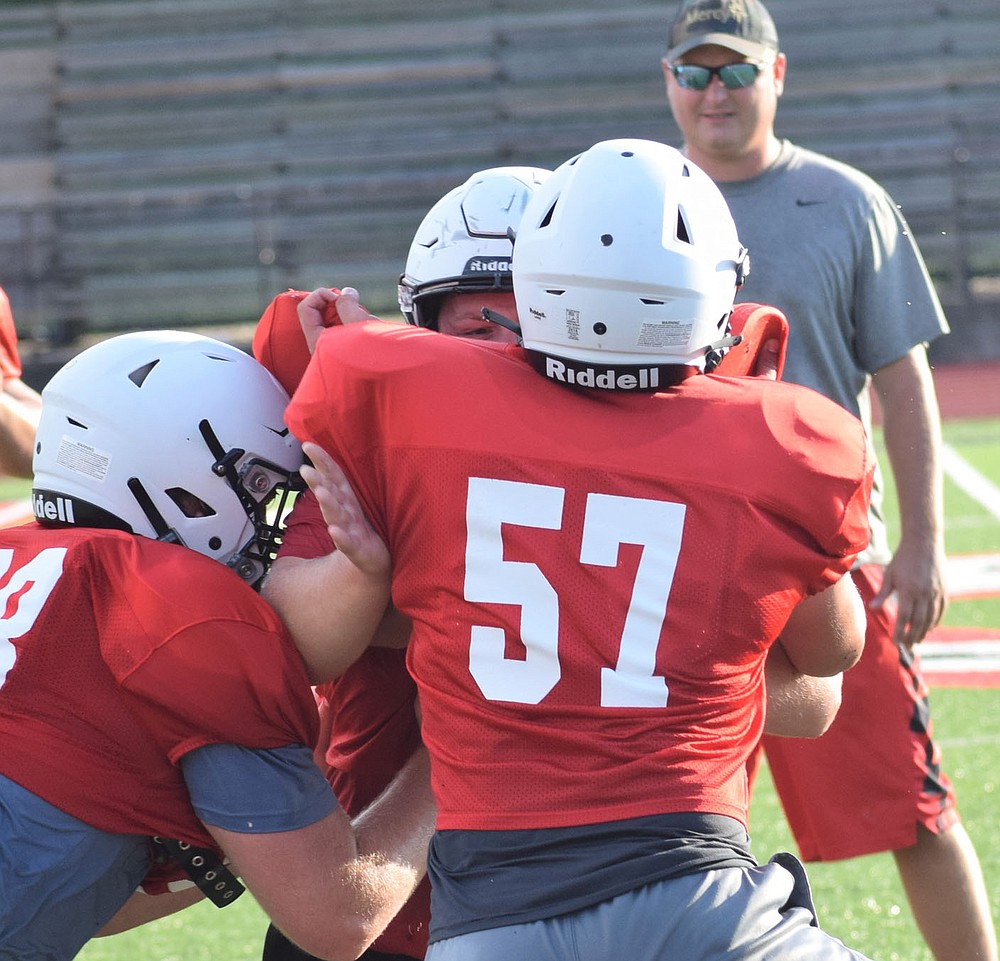 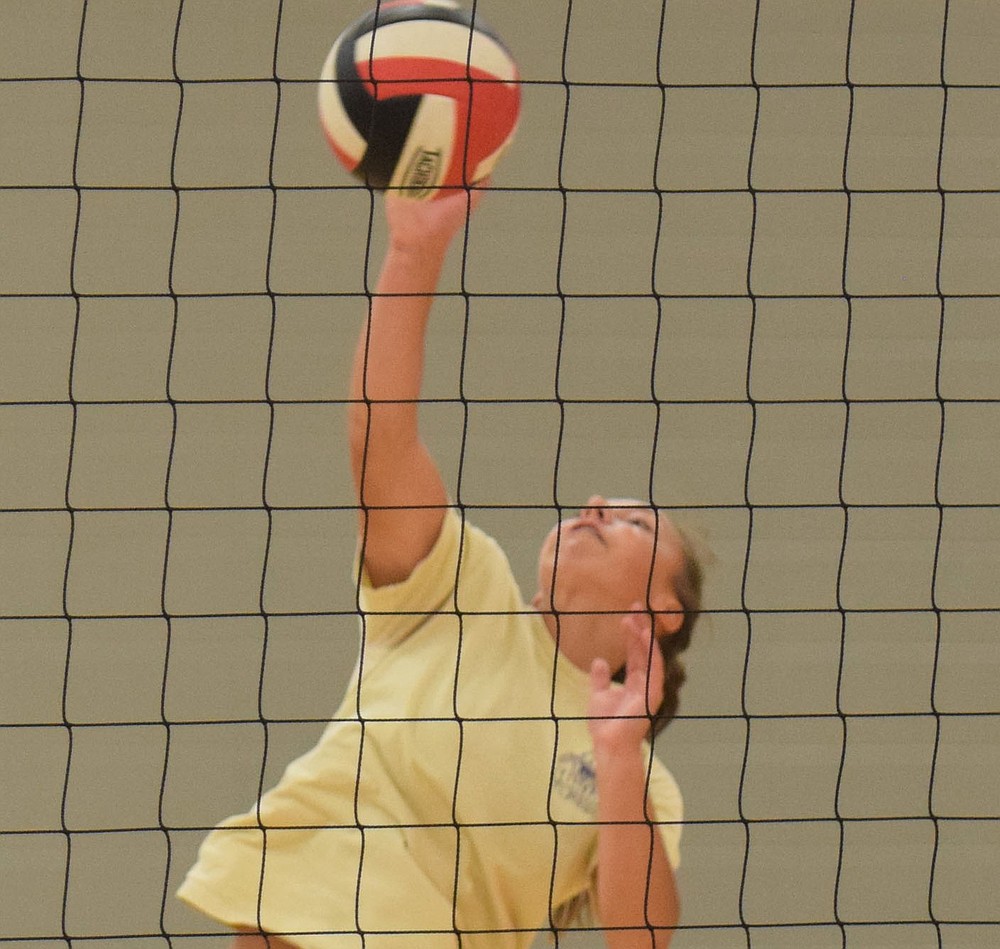 RICK PECK/SPECIAL TO MCDONALD COUNTY PRESS Kaycee Factor goes for a spike during a volleyball practice on July 27 at McDonald County High School. 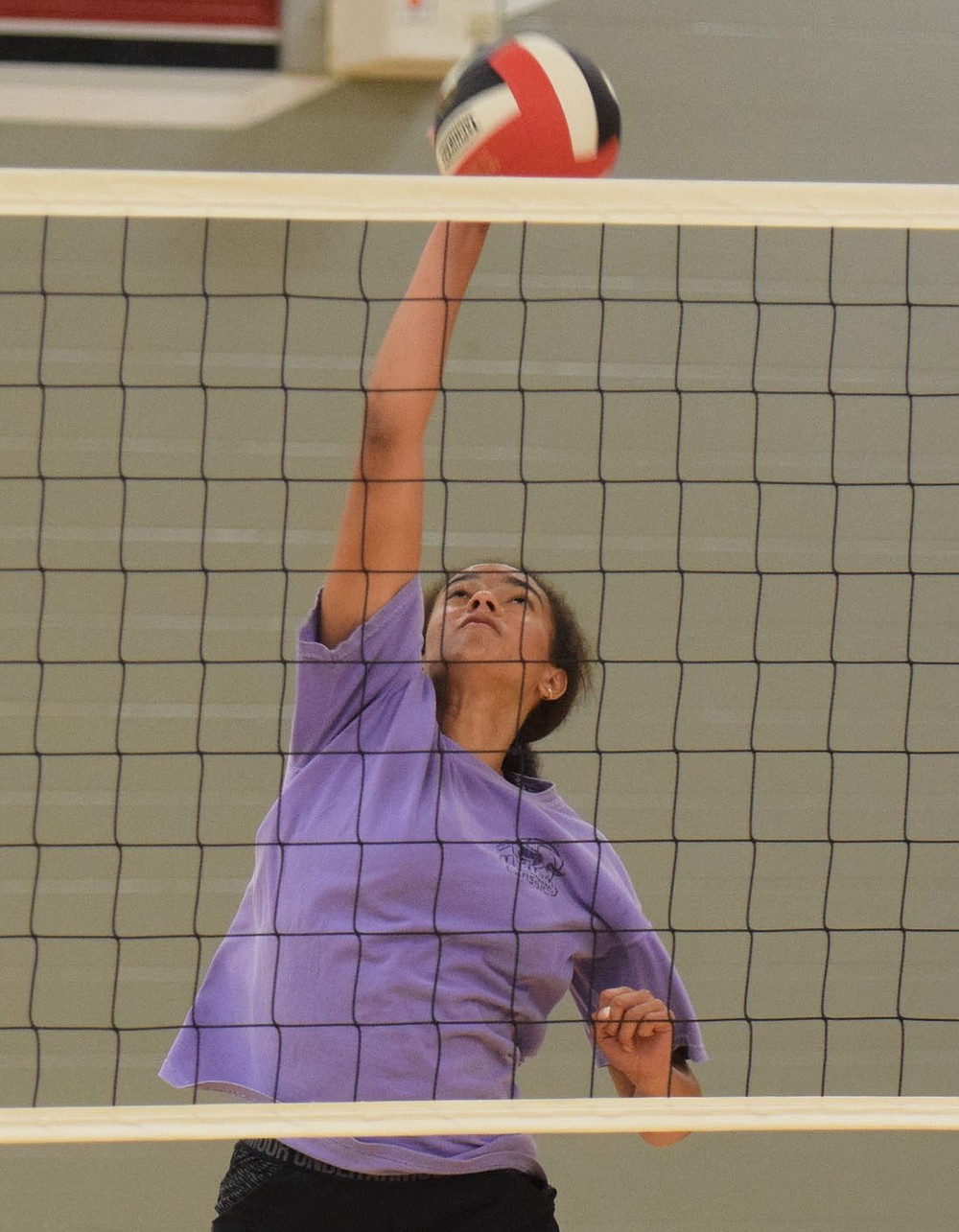 RICK PECK/SPECIAL TO MCDONALD COUNTY PRESS Shye Hardin keeps her eye on the ball while hitting a spike during a Lady Mustang volleyball practice on July 27 at MCHS.