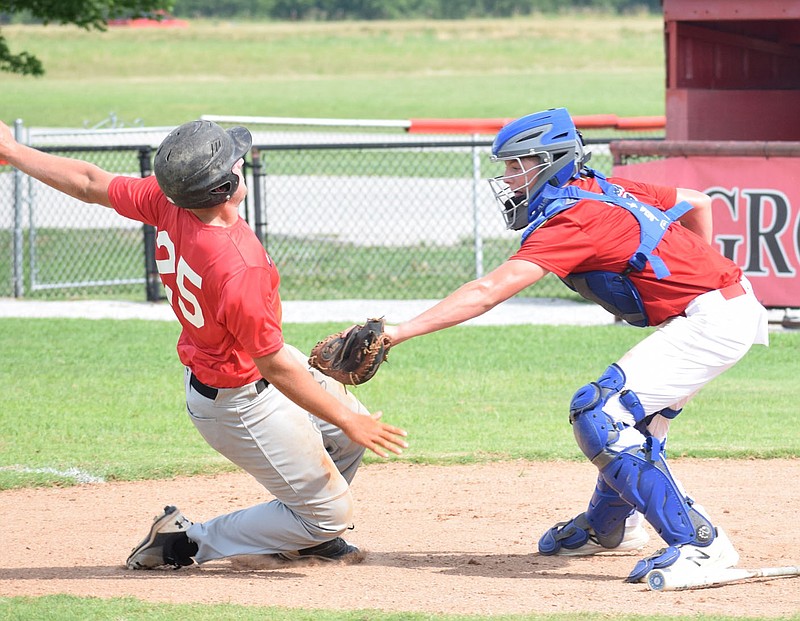 The McDonald County 16U baseball team defeated the Arkansas Banditos, 7-5, on July 19 in the final game of the Grove 16U Baseball Showcase to close out the team's 2020 summer season.

Destyn Dowd allowed five runs in four and a third innings for the win before Weston Gordon shut out the Banditos over the final inning and two-thirds.

McDonald County opened the tournament with a 9-1 loss to Southwest Missouri Bullpen on July 18.

Weston Gordon took the loss, allowing seven runs on six hits in three innings. Dumond allowed a run in each of the fourth and fifth innings in relief.

McDonald County scored its only run of the game in the top of the first. Behm led off the game with a single before coming around to score on a stolen base and an error.

McDonald County led the Northeast Oklahoma Prospects 7-6 heading into the sixth inning only to see the Prospects score four runs to pull out a 10-8 win in McDonald County's second game on July 18.

Behm started on the mound for McDonald County, allowing five runs on six hits in four innings. Lane Pratt allowed a run in the fifth, but Pratt, Armstrong and Braxton Spears could not get McDonald County out of the sixth before the Banditos scored four runs to take a 10-7 lead.

McDonald County trailed 5-1 entering the bottom of the fourth before erupting for five runs to take a 6-5 lead.

Spears led off the inning with a single. An error and a hit batter loaded the bases before Behm doubled in two runs with a third scoring on an error on the play. Parnell and Jakob Gordon each singled in a run to give McDonald County a 6-5 lead.

After the Prospects tied the game at 6-6 in the fifth, McDonald County scored a run in the bottom half of the inning to jump back on top at 7-6.

Pratt singled with one out to start the rally. A walk and wild pitch put runners on second and third before Dowd grounded out to short to drive in the go-ahead run.

McDonald County tried to rally in the bottom of the sixth after the Prospects took a 10-7 lead in the top of the inning, but came up just short.

Weston Gordon reached on a two-base error to open the inning. Sanny singled to drive in a run. After a strikeout, Behm walked to put the tying run base with one out, but the Prospects got out of the jam with a pair of ground outs.

Parnell had a double and a single to lead McDonald County's offense. Behm, Dowd and Armstrong also had doubles, while Spears, Pratt and Jakob Gordon each had singles. 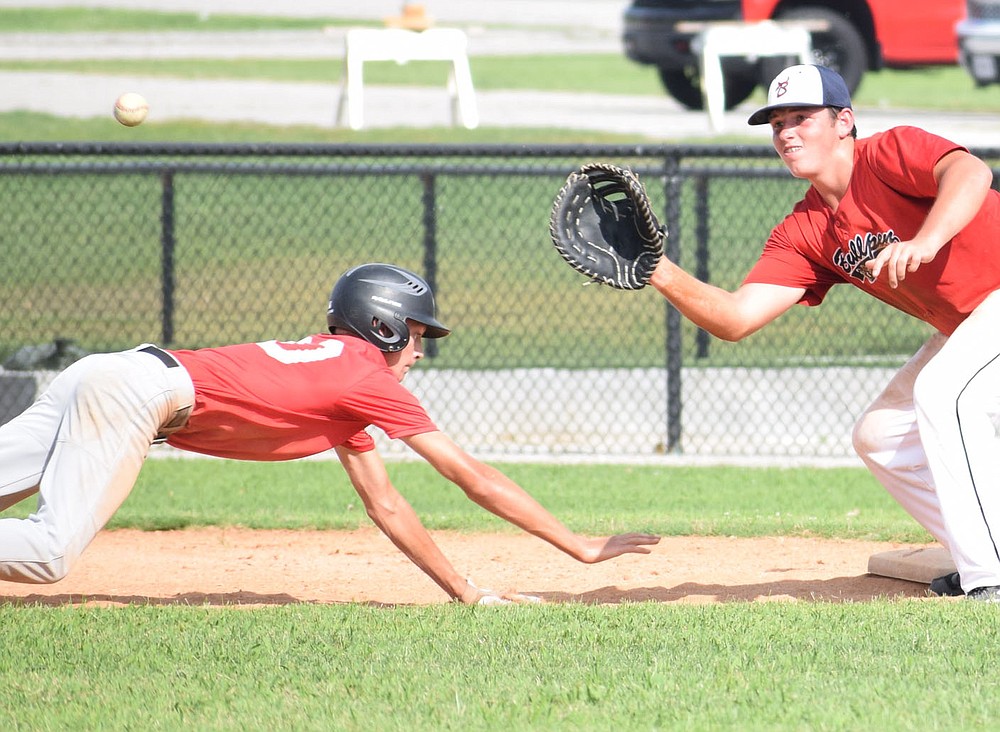 RICK PECK/SPECIAL TO MCDONALD COUNTY PRESS McDonald County's Isaac Behm dives back to first to beat a pickoff throw during the McDonald County 16U baseball team's 9-1 loss to the Southwest Missouri Bullpen on July 18 in the Grove 16U Baseball Showcase.