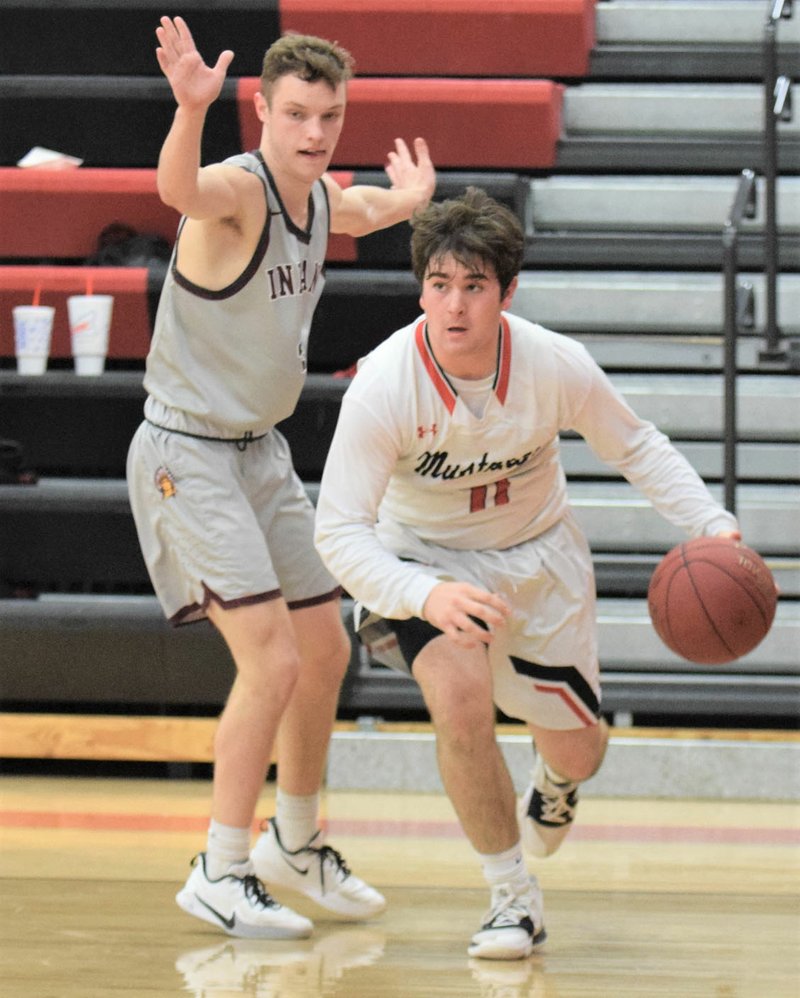 Connor Killion and Lucas Kimbrough combined for 45 points to lead the East Newton Patriots to an 81-58 win over McDonald County on Feb. 7 at MCHS.

East Newton led 17-7 at the end of the first quarter after breaking a 7-7 tie by scoring the final nine points of the first period.

The Patriots stretched the margin to 32-19 at halftime before building a 54-33 lead after three quarters.

"If we would all play with the passion that Jackson Clarkson played with tonight, we would have been in or would have won the game tonight," said coach Brandon Joines. "It just comes down to that. He worked his butt off. He came in and provided outstanding work. Rebounding was an issue again tonight. We worked on it in practice and worked on it again yesterday and we still gave up too many second-chance opportunities. That team is too good a shooting team to give them second chances. We have to clean that up. The other bright spot tonight was we had a freshman find his shot (Dowd). That is a positive because he had been struggling for a while. It's going to take five guys with heart, passion and will; and if you have that, it's hard for your opponents to overcome that. It's all about energy, hustle and grit at this point."

The Mustangs fall to 5-15 heading into their Feb. 14 game against Nevada at MCHS.

McDonald County claimed a 47-40 win in the junior varsity game.

McDonald County claimed a 32-20 decision in a two-quarter freshman game.

Parnell scored 17 points, all in the second quarter, to lead McDonald County. Rounding out the scoring for the Mustangs were Weston Gordon with nine points, Isaac Behm with three, Dalton McClain two and Jaxson Harrell one.

Strafford pulled away in the second half to claim a 66-47 win on Feb. 4 at MCHS.

The Indians took a 13-12 lead at the end of the first quarter and led just 32-26 at halftime after McDonald County's Cole Martin hit a three-pointer at the buzzer to end the first half.

But Strafford outscored McDonald County, 34-21, in the second half to pull away for the win.

Strafford added a 50-35 win in the junior varsity game.

McDonald County claimed a 52-44 win in the freshman game.

McDonald County was led by Gordon with 14 points and Parnell and Dalton McClain with 13 each. Rounding out the scoring for the Mustangs were Behm with seven points, Woods three and Kasen Hahn two.