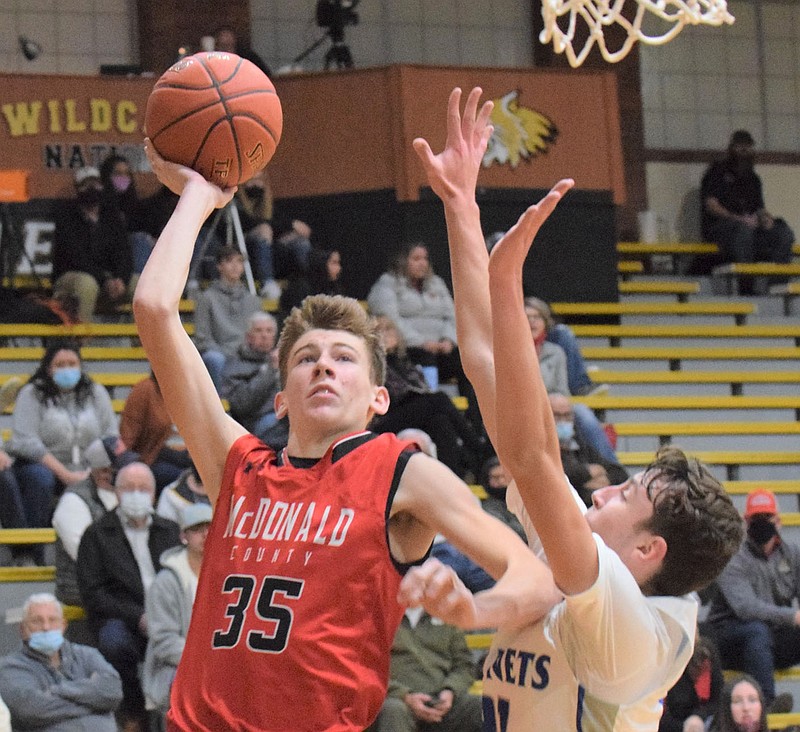 RICK PECK/SPECIAL TO MCDONALD COUNTY PRESS McDonald County's Eli McClain shoots over Cole Griesemer of Hillcrest High School during the Hornets' 71-46 win on Dec. 28 in the first round of the Neosho Holiday Classic.

Springfield Hillcrest's Crishawn Haggard's three-pointer to open the scoring gave the Hornets a lead they would not relinquish on the way to a 71-46 win over the McDonald County High School boys' basketball team in the opening round of the Neosho Holiday Classic on Dec. 28 at Neosho High School.

Haggard followed his opening trey with a pair of free throws on his way to scoring a game-high 28 points.

But Cross Dowd and Garrett Gricks each scored four points in the first quarter to help the Mustangs cut the lead to 15-11 at the end of the period.

Hillcrest stretched the lead to 27-17 midway through the second quarter before closing out the half with an 8-2 run to take a 35-19 lead into the locker room at halftime.

Devin Oliver opened the third quarter with an old-fashioned three-point play to give Hillcrest a 38-19 lead.

But McDonald County answered with a 9-0 run to cut the margin to 38-28 midway through the period.

Hillcrest regained control in the final minutes of the period to take a 46-32 lead at the end of the third quarter.

McDonald County trailed 55-40 early in the fourth quarter after Pierce Harmon hit back-to-back three-pointers, but Hillcrest responded by outsourcing the Mustangs, 16-6, the rest of the way.

"We came out with a little different look to start," said coach Brandon Joines. "We had to see how people would mesh because we had been having some decent practice. Now we have to extend the competition we have in practice to a game. We have to be willing to compete against other people besides just ourselves. We can't play worried or scared at any moment."

Harmon finished with 16 points to lead McDonald County, while Dowd and Teddy Reedybacon added nine points each. Rounding out the scoring for the Mustangs were Sterling Woods and Gricks with four points each, and Cole Martin and Eli McClain with two each.

"Pierce Harmon came off the bench and gave us a big spark," Joines said. "That was one of our big highlights for this game. Pierce, not starting, decided to step up and make plays. I just wish we would have done more defensively. We have to get guys in a position to help. We should not get outscored by 10 points in the paint. Our crew should not let that happen and it did tonight." 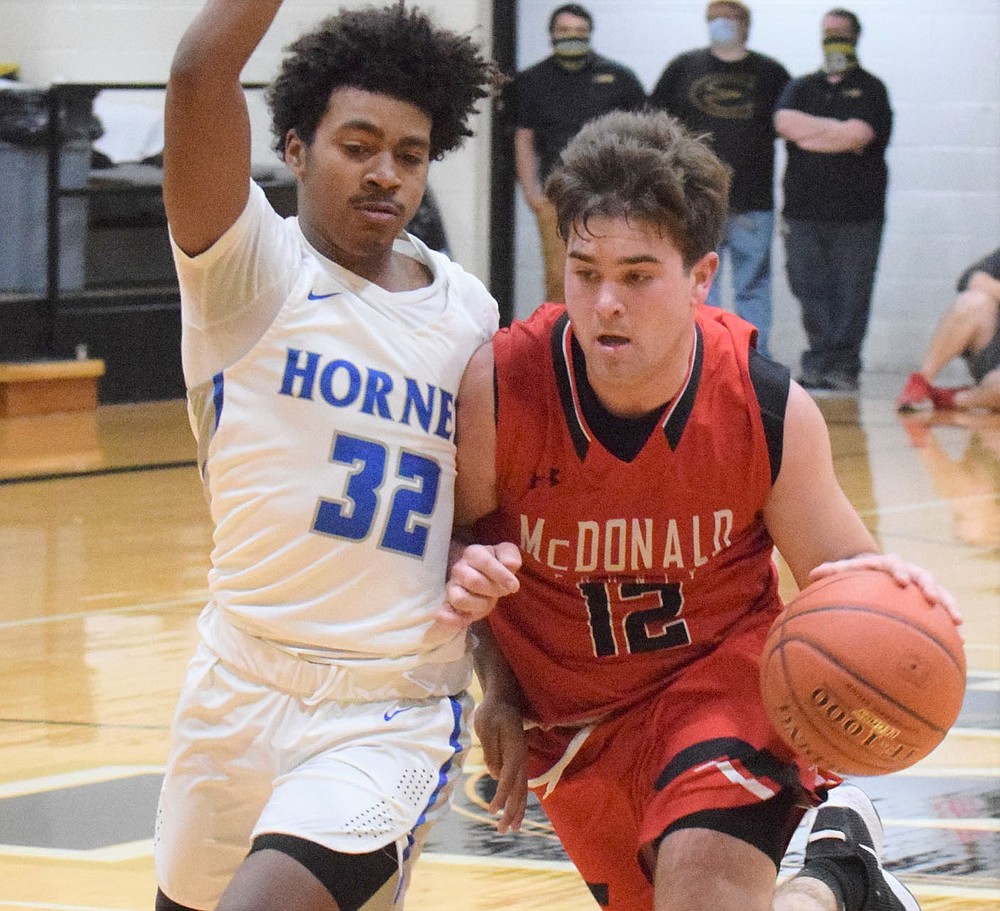