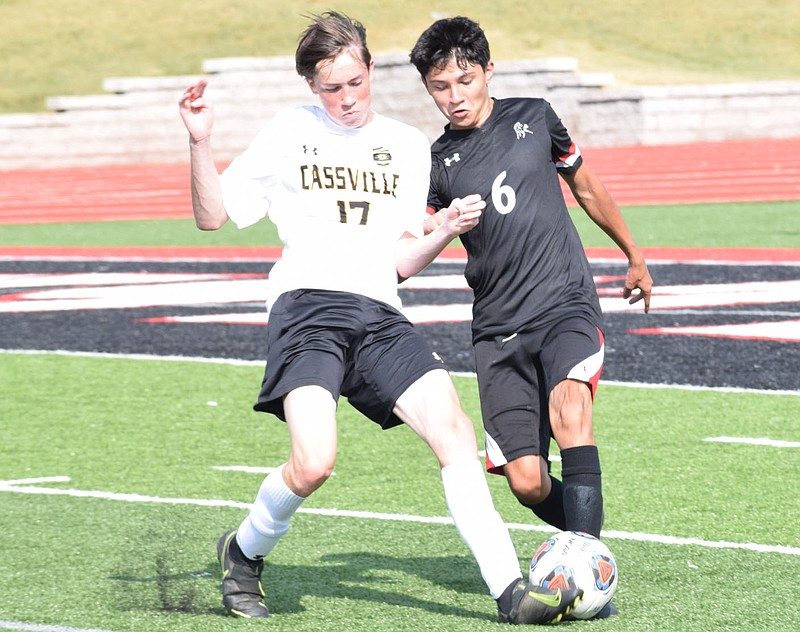 RICK PECK/SPECIAL TO MCDONALD COUNTY PRESS McDonald County's Estaban Martinez battles with a Cassville player for control of the ball during the Mustangs' 0-0 tie with Wildcats in a scrimmage on Aug. 25 at MCHS.

McDonald County dominated time of possession and had the ball on its end of the field for most of the match, but the Mustangs couldn't find the back of the net and were forced to settle with a 0-0 tie with Cassville in a jamboree held Aug. 28 at MCHS.

McDonald County finished the 35-minute scrimmage with five shots, including one apiece by Alexis Pedrosa and Saw Eh that sailed over the goal.

The Mustangs' other shots were partially blocked in and were easily stopped in front of the goal by the Cassville goaltender.

McDonald County goalie Tomas DelaCruz faced only one wild shot and was not forced to make a save in the scrimmage.

"We controlled the ball pretty much the whole scrimmage," said John Delatoree, who enters his second year as coach of the Mustangs. "I think our goalie (DelaCruz) only touched the ball once and that was when we kicked it back to him. We made some nice passes to keep possession. It's nice to be on turf. We have a lot of work to do, but I think we are off to a good start."

The Mustangs play a doubleheader on Sept. 1 to open the tournament. McDonald County plays Aurora at 4 p.m and then faces New Covenant Academy at 7 p.m. to complete its pool matches. Finals are set for Sept. 5 beginning with the fifth-place match at 9 a.m. 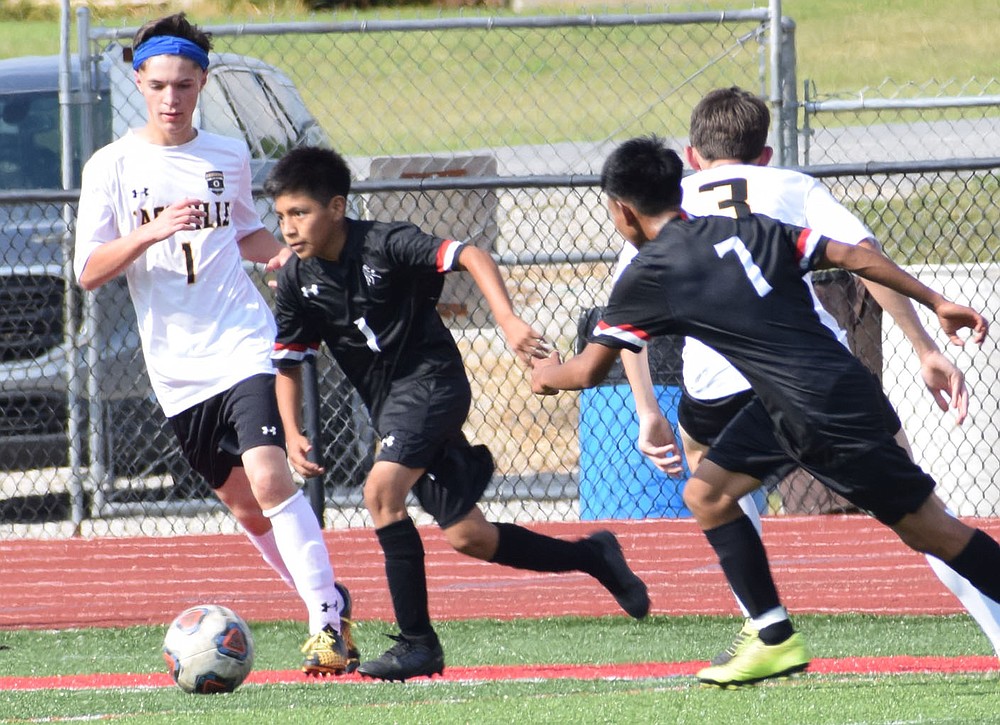 RICK PECK/SPECIAL TO MCDONALD COUNTY PRESS McDonald County's Elias Bail (1) takes the ball toward the goal as brother Douglas Bail (7) looks on during an Aug. 25 scrimmage against Cassville at McDonald County High School. The teams battled to a 0-0 tie in the match.
ADVERTISEMENT